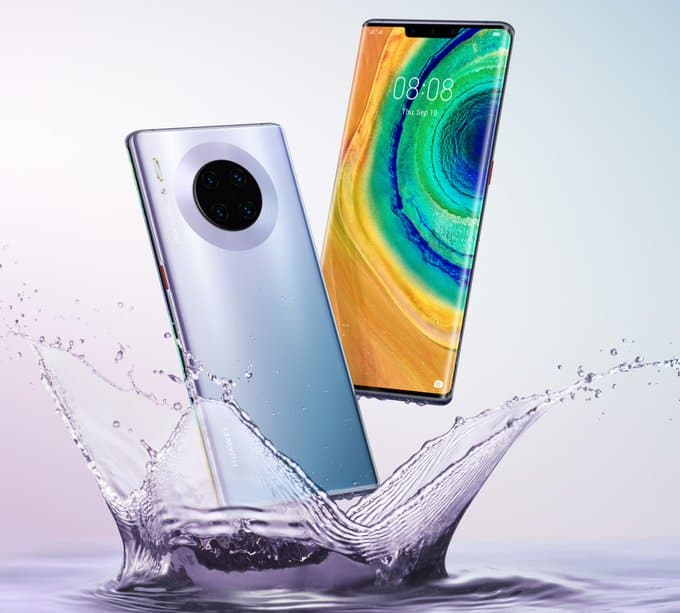 The Huawei Mate 30 Pro's arrival is right around the corner. The phone will arrive on September 19 in Berlin, and Evan Blass has just revealed the phone's design.

Truth be said, this phone already surfaced a while back, courtesy of Pricebaba and @OnLeaks. Evan Blass is one of the most prominent tipsters out there, so his leaks definitely carry some weight.

You can consider this leak as a confirmation of the previous one. At this point, we're quite certain this is, in fact, the Huawei Mate 30 Pro flagship.

As you can see from the provided image, the phone will be made out of metal and glass. That was to be expected. It will also include a circular camera setup on the back, which will contain four cameras.

Those cameras will be placed in two rows, two cameras in each row. The whole setup will protrude a bit, and the back side will be curved.

We can't really see the left-hand side of the phone properly, but… physical volume buttons are probably not there. A previous leak suggested that the Huawei Mate 30 Pro flagship will feature touch-sensitive volume up and down buttons. It remains to be seen if that is true.

The Huawei Mate 30 Pro will feature extremely thin bezels, as you can see. Its top and bottom bezels will seemingly be a hair thicker than the side bezels, though. The phone's display will feature rounded corners, as will the phone itself.

A rather large notch will be included

A rather noticeable notch will be placed at the top of the phone. It seems like it will be a bit smaller than the one on the Mate 20 Pro, but it will still be rather large.

There is a good reason for that notch, though. Huawei will allegedly utilize advanced facial scanning technology, as it did last year. That notch is there to accommodate sensors related to that technology. Along with regular sensors, and front-facing cameras.

Speaking of cameras, the device is rumored to include three of them on the front. That means that the device will have seven cameras overall.