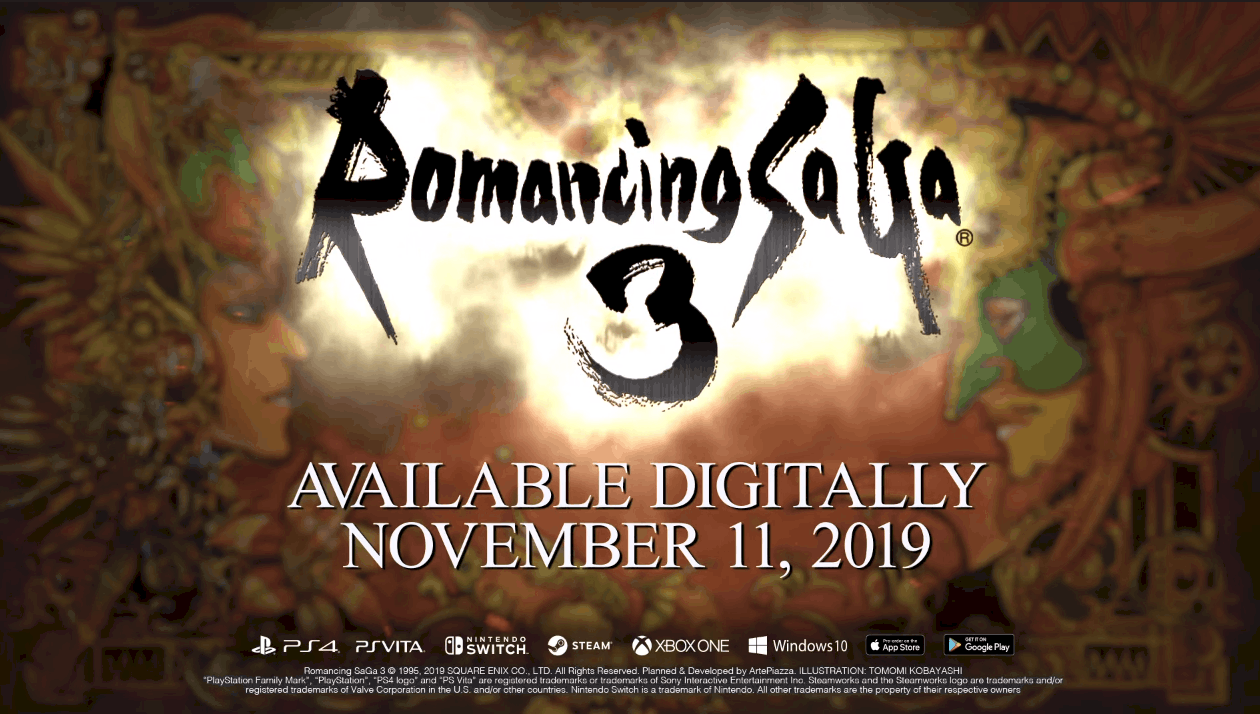 Square Enix has two SaGa games on the way and they're set to launch before the end of the year.

According to a tweet from the company earlier this morning, Romancing SaGa 3 will be launching on November 3. Android is one of the available platforms, as is Nintendo Switch, PS4, Xbox One, Steam, Windows 10, iOS, and PS Vita.

The second title, SaGa Scarlet Grace: Ambitions, is coming to Android on December 3. It will also launch on iOS, PS4, Nintendo Switch, and Steam on the same day.

Neither SaGa game has a price point yet

Square Enix announced back at E3 2019 that these two games would be launching soon.

At the time it didn't mention when, but now that a launch is around the corner it officially decided to lift the curtain on the arrival. It still hasn't mentioned a price though.

For the time being each game could be assumed premium. Square Enix tends to charge a premium price for its ports, and these are ports. That said, looking at Romancing SaGa 2 might be the best way to gauge the potential cost.

Back in June it was $17.99, which is typical for Square Enix' premium games on mobile. It's still the same price today, so the cost of the other two may very well fall around the same amount.

All copies will be digital releases

While the game will obviously be digital on Android, it could technically be available physically on other platforms.

Square Enix confirms though that it will be "digitally" released on the above-mentioned dates. This means on all platforms where the two games are arriving, they'll be downloadable from their respective online shops. Such as the PS Store and Nintendo eShop.

In addition to the original game content, each of these two new titles should offer hours of new content to play through.

While Square Enix doesn't directly list how many hours of campaign gameplay are available, it does note that there are new features and story content being added, at least for Romancing SaGa 3.

It's likely then that both games will come with additional stuff that wasn't available in the original versions.

Two SaGa titles are coming digitally to the West!