Punch-hole displays are the latest answers to our never-ending quest of eliminating bezels from smartphone displays. Japanese phone maker Sharp now appears to be all set to join the trend. According to a patent filed with the Japan Patent Office (JPO), Sharp is already working on a smartphone with a punch-hole display.

Sharp has included a number of detailed color renders of the device in the patent document, revealing a lot about the upcoming smartphone. The device features minimalist bezels on the three sides and a relatively wider chin. One of the schematics, meanwhile, shows an edge-to-edge display.

The smartphone has a curved display with a tiny hole set centrally in the upper part, similar to the recently introduced Samsung Galaxy Note 10. The cutout, however, appears to be positioned unusually lower.

Display type is not known yet, but Sharp has a choice between various materials, as it manufactures its own LED, OLED, and flexible displays. 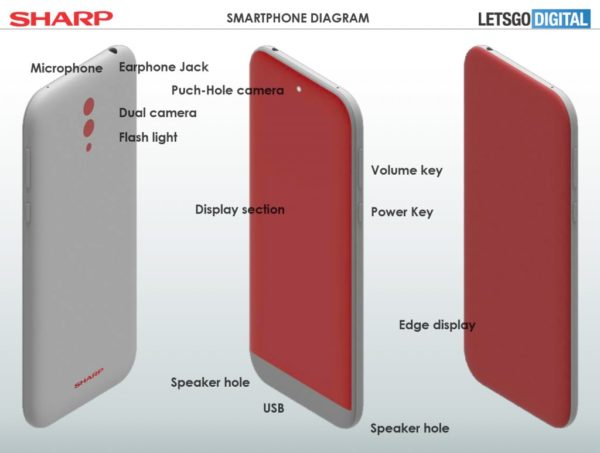 The rear camera setup includes two sensors positioned vertically in the middle, and an LED flash placed under them. The right edge of the phone houses volume and power keys, while the top edge has cutouts for a microphone and a 3.5 mm headphone jack. The bottom edge offers space for dual speakers and a USB Type-C port for charging.

No launch date in sight

Sharp filed this patent with the JPO back in 2017. This somewhat explains the existence of dual rear cameras and headphone jack, as well as that thick chin. Expect the end product to look a bit different, if and when it comes. It is also pertinent to mention here that not every patent turns into a reality. 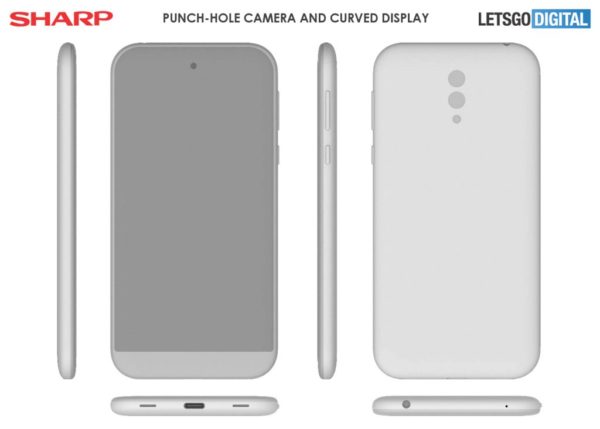