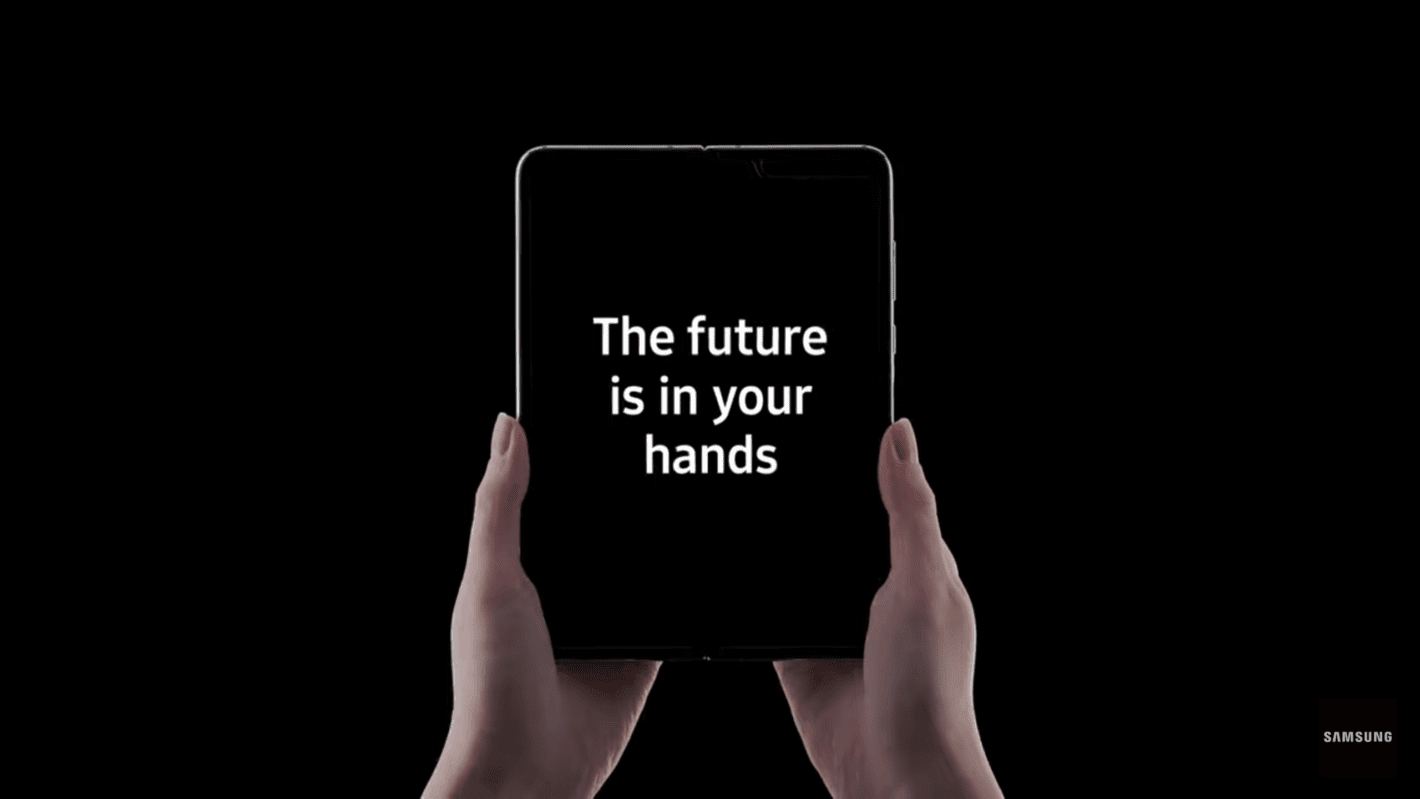 Samsung's troubled foldable smartphone, the Galaxy Fold will finally be available for purchase this Friday, September 27. The $1,980 priced smartphone has been re-engineered after it earned a bit of a bad reputation early on.

However, the Galaxy Fold still remains a device that needs to be handled with care. The internal foldable display is plastic-made and can get damaged pretty easily, as JerryRigEverything's Zack Nelson showed in his Galaxy Fold durability test.

Add to that, Samsung is allowing for a one-time-only out of warranty screen replacement for $149 during the first year of ownership.

The Galaxy Fold was originally scheduled to release back in April. However, disaster struck just days ahead and Samsung had to take back all the review units and delay the release.

The company has since made several changes to the design in order to make the display and hinge more durable. The handset is now all set to hit the shelves, finally.

Samsung is going all out to try to avoid another Galaxy Fold debacle. Firstly, it doesn't ship the handset directly to anybody. You have to go and pick it up from one of the authorized AT&T, Best Buy, or Samsung Experience Stores in the United States. This is to make sure that the buyer gets a good one-on-one briefing on how to take proper care of the Fold.

However, Samsung isn't done with the warnings just yet. The packaging box comes with plenty of warnings explaining how "tissue-thin" the display is and all the dos and don'ts.

Samsung warns Fold owners to not press the screen with a hard or sharp object, not place any objects in between when folding the device, avoid spilling liquids on it, not attach any objects like screen protectors on the foldable display, and avoid keeping magnetically-affected objects on or around the phone.

Finally, Samsung is offering a Galaxy Fold Premier Service to every Fold owner. As a part of the service, every Fold owner gets 24-hour assistance, as well as a one-time screen replacement.

It surely won't come cheap though, considering the nearly-$2000 price tag of the handset. 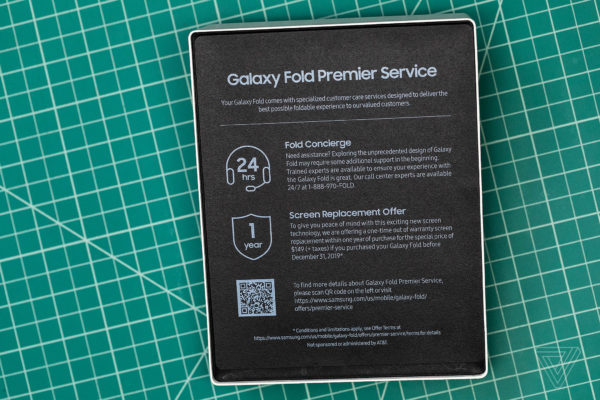