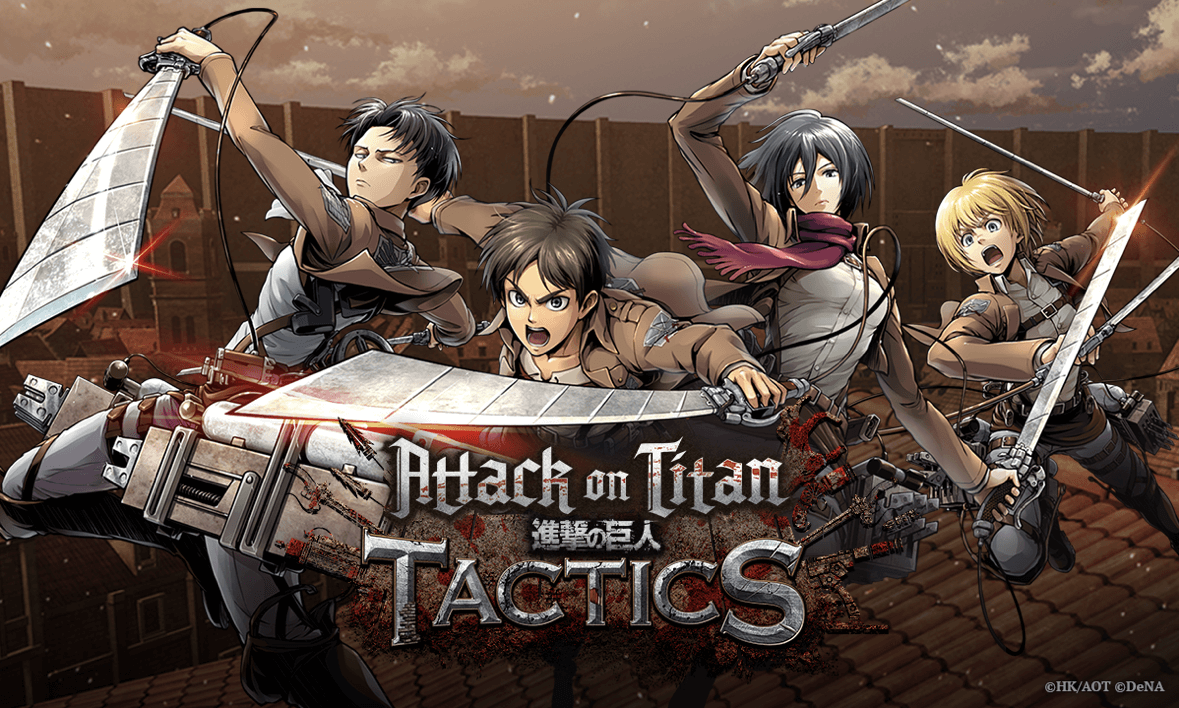 Attack On Titan Tactics is the latest game from DeNA, the publisher behind Pokémon Masters. The game is a collaboration with Crunchyroll and has now launched on the Play Store.

This is a real-time strategy game with tower defense-style gameplay. Just like in the show, your goal is to defend the wall from titans, utilizing iconic characters from the popular anime, such as Eren Jaeger and Mikasa Ackermann.

AoT Tactics follows season 1 of the Attack on Titan anime. Which means you'll get to "relive" this particular part of the show.

It doesn't stop there though. DeNA has worked in original story content for fans of the anime and players of the game. It says these are stories that you won't find anywhere else. So if you enjoy the AoT lore, you may want to give this a shot.

To liven things up DeNA was even able to employ the use of the anime's original voice actors for some of the characters. This includes Yuki Kaji who voices Eren Jaeger, Yui Ishikawa who voices Mikasa Ackermann, and Hiroshi Kamiya who voices Levi.

There are more voice actors too, with both cutscenes and battles being voiced, so this should be a real treat for fans of the anime.

As mentioned the game features some original stories. There are more than ten characters in the game who will get their own original story to follow along with as you play. All told there will be 15 different character episodes to complete initially, with more planned for later on.

The bit that follows the anime will be up to episode 25 of the first season. DeNA does plan to incorporate more of the anime in future game development though.

No specific dates have been set, but sometime post launch the second season of the anime will be incorporated into the game's story content.

DeNA also plans to add more characters to the game's roster. Since there are already over 50 characters in the game to collect, eventually there will be a big roster to playable characters. This should help add some replay value to the game.

While the game is now live, today's launch only opens up the game to the US, Canada, and Australia.

The game was already available for download in Japan as of April, and it may launch in more regions in the future, although no additional launch countries have been mentioned yet.