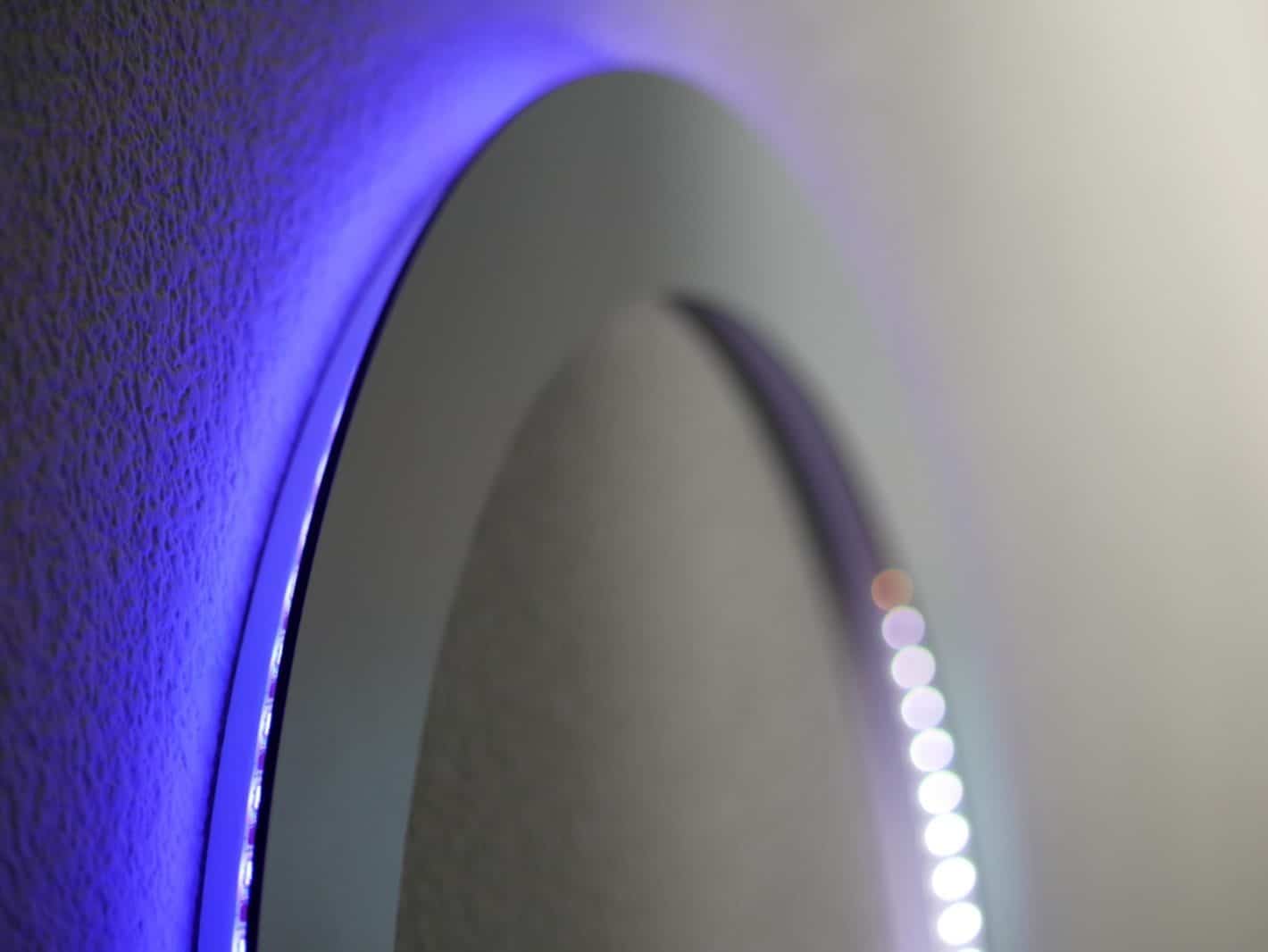 Intelligent mood and motion lighting can now be added to any wall without the need for expensive hubs via a new device called the RocketLife CircleLight. As its branding implies, the recently announced CircleLight is a ring light but this isn't the standard fare when it comes to wall adornments.

Measuring in at 24-inches wide and just under an inch deep, RocketLife's CircleLight is comprised of a Poly-Metal ring bonded to high-tensile architectural polymer chassis. LED lights are set in that frame, weighing under 3lbs, including the weight of its 5V power supply and cable.

Conversely, RocketLife also designed CircleLight's power supply to be sturdy enough to install in-wall. So it's possible to hide the cable for more enterprising home or business owners, while a constant power supply means no charging or batteries are needed.

Those are great features to have. But none of that is necessarily what sets RocketLife CircleLight apart. That comes back to the 200 individually addressable HDR LEDs that are set in its circular frame.

RocketLife's durable design for the CircleLight hides away HDR LEDs in two rows that are not only capable of displaying soft whites and colored hues across the gamut. CircleLight can display a range of intelligent lighting animations too.

If a room needs an accent that's somewhat more professional like a "Desert Sunset" or "Modern Art" inspired lighting, CircleLight can display that. The promotional video for CircleLight shows those and another one called Shooting Stars. That highlights bright white dots jetting across a deep blue canopy. The company also mentions one that features a crescent moon with twinkling fireflies. Yet another is described as a fireworks show animation.

Because the LEDs in RockeLife CircleLight are individually addressable, each light can effectively play whatever hue is needed at a wide variety of intensity levels. The lights can be "placed" and "moved" in effectively any configuration. So whatever animation users want, if it's possible to accomplish with a circular light, should be possible. Moreover, the colors smoothly transition and blend throughout.

RocketLife Light technology means that CircleLight can push up to 21 simultaneous animation streams. That means users can smoothly transition not only within lighting effects but also across them. Crossfades between animations, sparkles, and 'natural-motion' effects are part of the package.

The light show can be customized and fine-tuned as well. RocketLife includes two different software suites to make that possible. This wouldn't be much of a smart home lighting accessory if the first of those wasn't a mobile application. And that's exactly what LightMobile is, with a version available for both iOS and Android.

Connected to a smartphone via Bluetooth, within the app users can make adjustments to the light's settings, brightness, and more. Scheduling can also be set up, for those users who want to set up lighting displays for events or for when they're away from home. So there is some automation available here aside from playlists via the 'onboard clock and calendar'.

The app allows for basic custom light shows t too.

RocketLife includes desktop software, called LightDesigner and available for both Mac or Windows, as another extra. That tool takes things a step further, allowing for entirely new patterns, designs, animations, playlists, and more.

CircleLight isn't limiting buyers to their smartphones either. RocketLife has designed its latest lighting system with a 3D gesture sensor. That means that users can switch up the light's "mood," control the current light animation playlist, and turn the gadget off and on with just the wave of a hand.

Where can you pick one up?

RocketLife hasn't provided any details yet regarding pricing or even availability of CircleLight yet. Similar products already on the market typically run from around $70 to well over $200. Since CircleLight doesn't require an additional hub, it shouldn't be too shocking if it falls within that same range. If that's the case, the lack of extra hardware requirements could place it toward the lower end of that range.

Conversely, the more durable frame, features, and the included software could take the cost higher. So it could ultimately cost more. The announcement should mean that more details will become available too, sooner rather than later.

If RocketLife manages to keep the cost reasonable, CircleLight could easily find its way among the best smart home lighting solutions on the market.