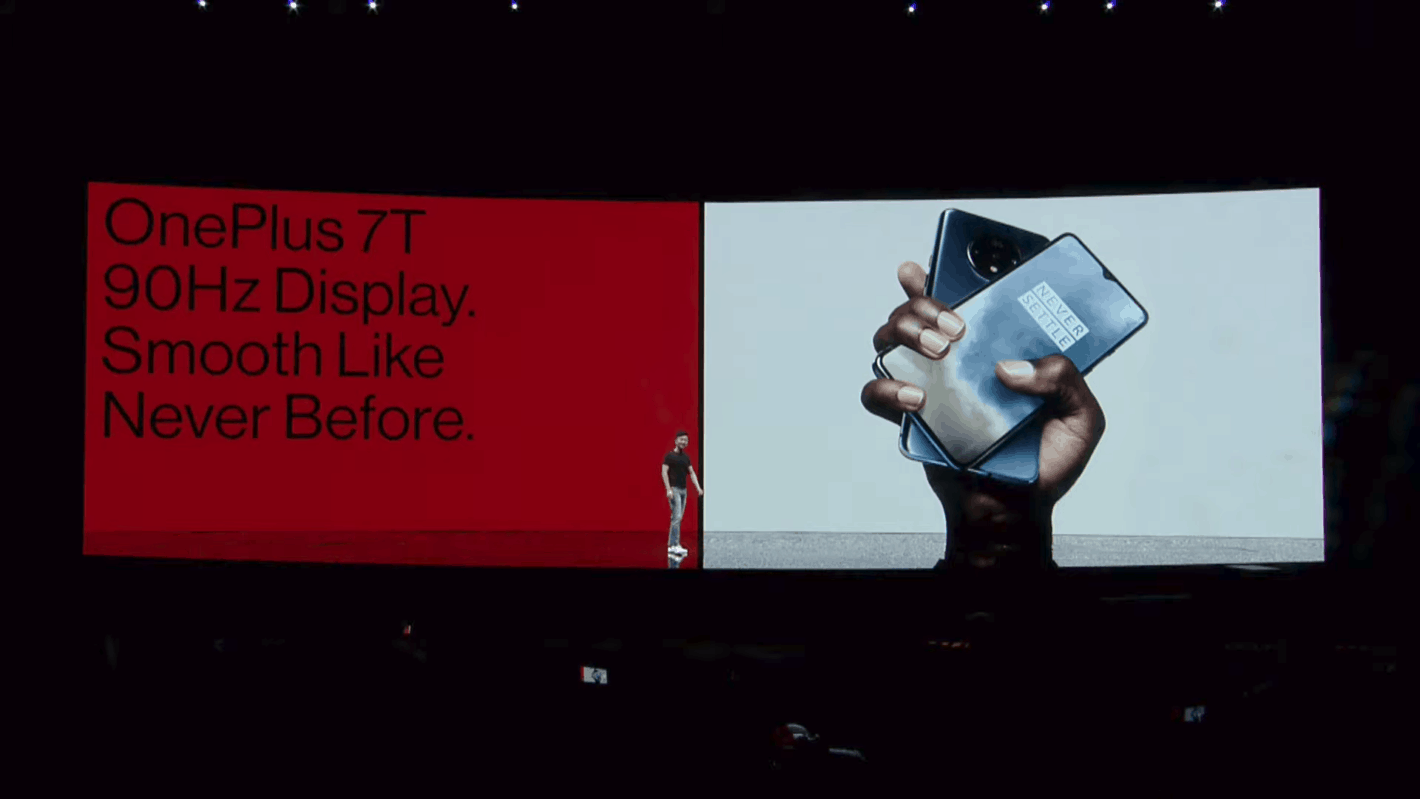 All future OnePlus smartphones will include displays with high refresh rates. The company's co-founder, Carl Pei, pretty much committed to making that happen. He did that during the launch event in India.

The OnePlus 7T, a smartphone the company announced yesterday, includes a 90Hz refresh rate display. The OnePlus 7 Pro, which got announced back in May, also features such a panel, albeit with a higher resolution.

OnePlus refers to such displays as "Fluid AMOLED" panels, and it seems like we'll see many more of them in the future. OnePlus may change the name of those panels if it ups the refresh rate, but the point is, we'll be getting high refresh rates from now on.

Regular smartphones feature displays with 60Hz refresh rate. That is something that probably does not bother any one of you, unless you've used a smartphone with a higher refresh rate. If you did, getting back to a 60Hz display is a really painful process, at least it was for me and people I know from the industry.

High refresh rate displays seem to be the future. Many other companies are planning to include them, and some already have. OnePlus will probably up the ante to 120Hz at some point in the future, but for the time being, 90Hz is more than enough.

During the press event in India, OnePlus shared some info regarding the OnePlus 7T's display. More info aside from your regular specifications, of course. The company said that it optimized the hardware and software of the phone so that it responds to touches up to 38-percent faster than your typical Android handset.

OnePlus said that it also worked with Qualcomm to make sure the hardware is compatible with the device, so that a jump to a higher refresh rate ends up being painless.

The OnePlus 7T features a 6.55-inch fullHD+ display which comes with HDR10+ support. This display peaks at 1,000 nits of brightness, by the way. If you'd like to know more about the phone's display, check out the press conference down below. You can skip to 15:18, that's when the display section is being talked about.

The OnePlus 7T Pro did not arrive yesterday, but it probably will in October

OnePlus did announce the OnePlus TV yesterday, its very first smart TV. That TV was announced in two variants, and only for India, for now. OnePlus Care was also announced for India, while OnePlus mentioned that OnePlus Pay is coming next year.

The OnePlus 7T is a phone made out of metal and glass, which comes with flagship-grade specs. This phone is fueled by the Snapdragon 855 Plus, the most powerful processor Qualcomm has to offer.

The phone also includes 8GB of RAM and 128GB / 256GB of UFS 3.0 storage. A 3,800mAh battery is also included, and it supports Warp Charge 30T fast wired charging. The phone does not offer wireless charging, though. If you'd like to know more about the device's specs, check out our spec sheet article.