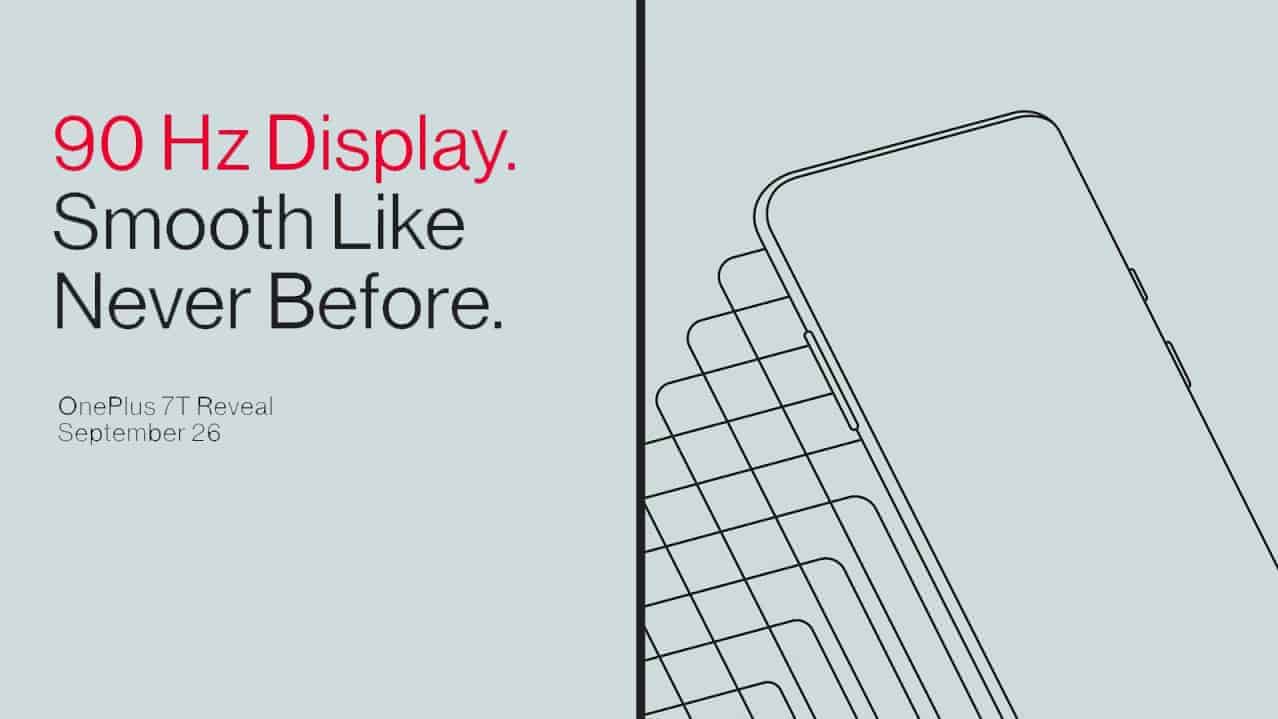 The OnePlus 7T series press conference is about to begin in a couple of hours. This press event is being livestreamed, for those of you who are interested. You can follow along as the company unveils its new flagships via YouTube. The two phones will be announced for India and the US today, a press event for Europe is set for October 10.

The company is livestreaming this press event via its official YouTube channel, and the link is embedded down below. The press event is set to begin at 4:35PM CEST / 10:35AM ET / 7:35AM PST / 2:35 GMT. It is worth noting that an event in India is set to start an hour earlier, and we'll include that link down below as well.

The company will announce its two new flagship smartphones during the event, the OnePlus 7T and OnePlus 7T Pro. These two phones have been leaking for weeks now, and we have plenty of info regarding them. We’ll talk about that in just a moment.

The OnePlus 7T series is coming, but won’t be the only set of products that OnePlus announces. This goes for India, at the very least, as OnePlus is also set to announce its very first smart TV.

The company has been teasing this TV announcement for quite some time as well. The company’s TVs may be limited to India, at least at first, so keep that in mind. The OnePlus 7T series is being announced for India and the US today, and the European launch will follow on October 10. It is possible that OnePlus ends up announcing a European variant of the OnePlus TV on that date, we’ll see.

Other than the OnePlus 7T series and the OnePlus TV, we’re not expecting any other announcements. The company may surprise us, though. We do know that OnePlus will talk about OxygenOS 10, which already rolled out to the OnePlus 7 series. This is the company’s skin based on brand new Android 10.

On top of that, we may actually see another product launch or two. OnePlus will probably announce OnePlus 7T series accessories, though it remains to be seen if they will be mentioned during the event. Wireless earbuds may also be coming, but that’s not as likely. We haven’t heard anything about wireless earbuds up until now, so the next-gen model will probably land in mid-2020.

The OnePlus 7T Pro, on the other hand, will look essentially the same as the OnePlus 7 Pro. It will feature the exact same display, and its battery will be only barely larger than the one in the OnePlus 7 Pro. The phone will include a new CPU, and faster charging, though.

Both OnePlus 7T smartphones will be fueled by the Snapdragon 855 Plus SoC. They will feature OnePlus Warp Charge 30T fast charging technology. That tech will make sure you’re able to recharge the two devices 23-percent faster than the OnePlus 7 and OnePlus 7 Pro.

That is more or less it. The launch event is only a couple of hours away at this point. Check back a bit later, and click on that link down below to see what OnePlus has to say this time around.

OnePlus 7T launch (the US):

Advertisement
Trusted By Millions
Independent, Expert Android News You Can Trust, Since 2010
Publishing More Android Than Anyone Else
8
Today
52
This Week
307
This Month
5051
This Year
106526
All Time
Advertisement