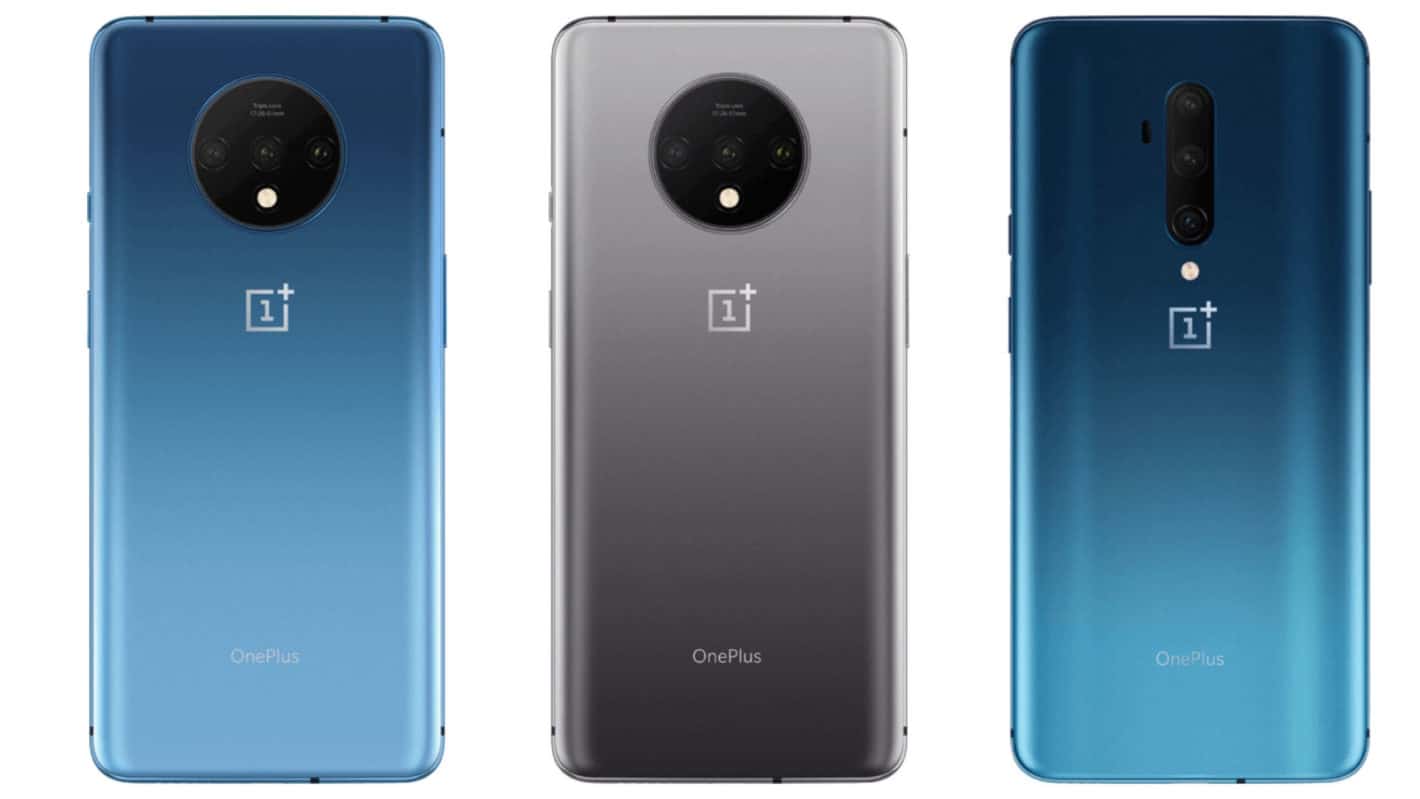 The OnePlus 7T Series is slated to be announced tomorrow, but thanks to a recent leak, we now know what colors the two devices will be coming in.

This is all thanks to Ishan Agarwal, who is a pretty popular leaker on Twitter and has also been pretty accurate with recent leaks.

The OnePlus 7 Pro came in a Nebula Blue color, that we all fell in love with – including myself. The Glacier Blue of the OnePlus 7T and 7T Pro is going to be a bit lighter, at least according to these pictures.

It's still a blue gradient, which looks really nice. Going from a lighter blue at the bottom to a darker blue at the top. Now the Glacier Blue is not really new to us. Seeing as OnePlus themselves showed off the backside of the OnePlus 7T last week, in this color. But the name of the color is new, and so is the Frosted Silver.

The Frosted Silver aims to be the default color this year. The black that isn't as boring as usual. For those that want a more subtle colored smartphone, that's the one to get. Like the Glacier Blue, it is also sporting a gradient, going from a dark gray at the bottom to a bright silver at the top. Almost the opposite of the Glacier Blue color.

One the OnePlus 7T there's still a notch. It's a waterdrop notch, that doesn't really look too bad. But after seeing the pop-up camera on the OnePlus 7 Pro and now the OnePlus 7T Pro, it does look a bit ugly.

But that is going to be one of the differentiators from the OnePlus 7T Pro, and one of the reasons why it'll be cheaper.

It'll also sport a full HD+ display instead of a Quad HD+ display that the OnePlus 7T Pro will have. As well as a slight difference in the triple camera setup – it'll still be main, ultrawide and telephoto though. The other major difference will be the battery capacity of course.

OnePlus is going to be announcing the OnePlus 7T Series and its colors, tomorrow September 26. The event kicks off at 10:30AM EST, so we'll know everything there is to know by then.

This time around, OnePlus is announcing the devices in India and the US on September 26, with Europe getting a separate launch on October 10.