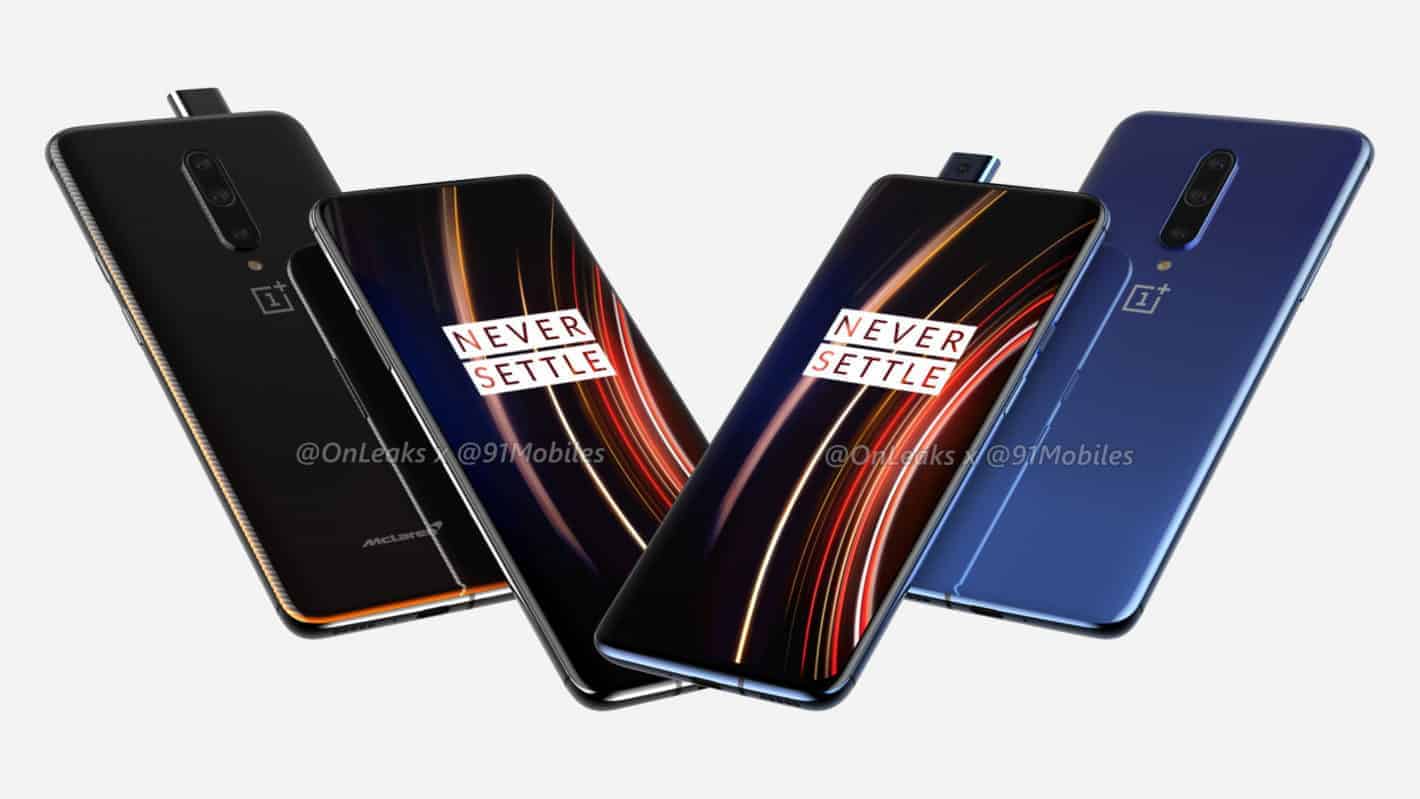 The OnePlus 7T Pro design has just been revealed. 91mobiles partnered up with @OnLeaks in order to show us CAD-based renders of the device.

Two variants of the device are shown in the provided images. In addition to the regular OnePlus 7T Pro, you can also check out the McLaren Edition of the phone.

The OnePlus 7T Pro has the same design as its predecessor

As you can see, the OnePlus 7T Pro will be a spitting image of the OnePlus 7 Pro in terms of the design. The source claims that there are no differences between the two devices when it comes to the design.

This smartphone will be made out of metal and glass. It will include a pop-up selfie camera, and feature three vertically-aligned cameras on the back.

The phone's bezels will be extremely small, almost non-existent. The device will feature a curved display, just like its predecessor.

The back side on this phone will be curved, while the phone will include an in-display fingerprint scanner. Physical button positioning remains unchanged as well, the same goes for the phone's alert slider.

The OnePlus 7T will be a more considerable upgrade

The OnePlus 7T leaked recently as well, and it will resemble the OnePlus 7T. The phone will have a slightly smaller waterdrop display notch, and an extra camera on the back.

The two phones are expected to launch on September 26 in India. That will be the initial launch of the two devices. Launch events in Europe and the US will follow in early October, at least according to rumors.