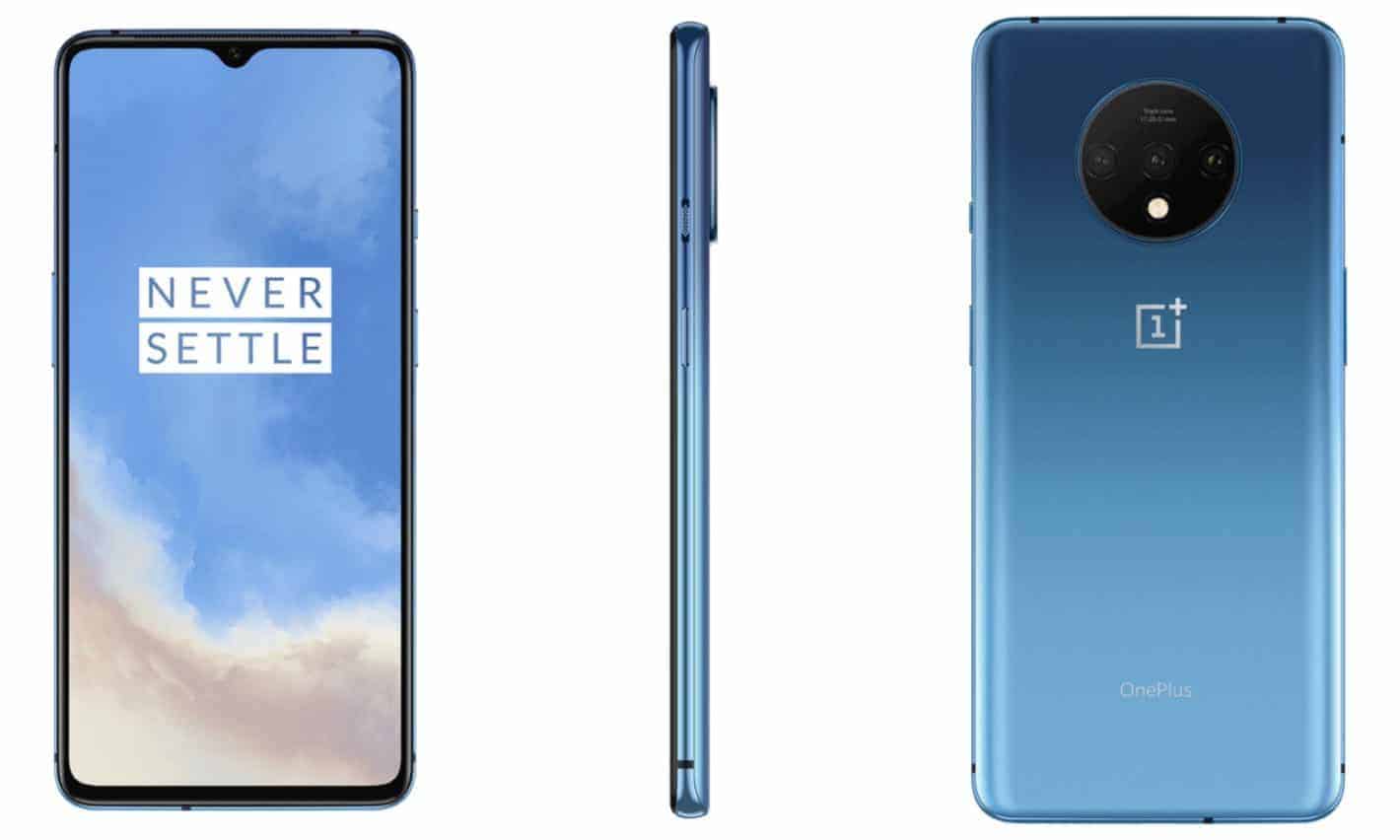 These press images / renders are showing off new color variants of the two devices. It is still unknown if these will be the only colors these two phones end up being available in, but that's not as likely. Chances are that OnePlus will offer the same color variants as for the OnePlus 7 series, at least for the most part.

It looks like both of these color variants will be gradient, but based on how the light hits the device. Chances are that this is just an illusion, and that the color will shift as you move the phone. OnePlus did something similar earlier this year with the OnePlus 7 series.

The OnePlus 7T Pro will feature extremely thin bezels, and a thin "chin" below the display. Three vertically-aligned cameras will still be placed on the back, as will the pop-up selfie camera at the top. Both devices will be made out of metal and glass.

The OnePlus 7T may steal the spotlight this time around

The OnePlus 7T, on the other hand, will look really similar to the OnePlus 7 from the front. Its waterdrop display notch will be a bit smaller this time around, though. The OnePlus 7T will feature a flat display, unlike the OnePlus 7T Pro.

The biggest change will be visible on the back. The device will include a circular camera setup, which will boast three cameras this time around. Those three cameras will be the same as the ones on the OnePlus 7 Pro and OnePlus 7T Pro, by the way.

In addition to announcing the OnePlus 7T and OnePlus 7T Pro, the company will also introduce its very first smart TV. The so-called OnePlus TV probably won't make it to the US, though, at least not initially. It seems like it will be available in India only from the get-go.

Both phones will include displays with 90Hz refresh rate, even though the OnePlus 7T Pro's display will offer higher resolution. You can expect at least 8GB of RAM in both devices, though the OnePlus 7T Pro may offer a 12GB RAM variant. Android 10 will come pre-installed, along with OxygenOS 10. The company will also offer 23-percent charging this time around, with Warp Charge 30T.