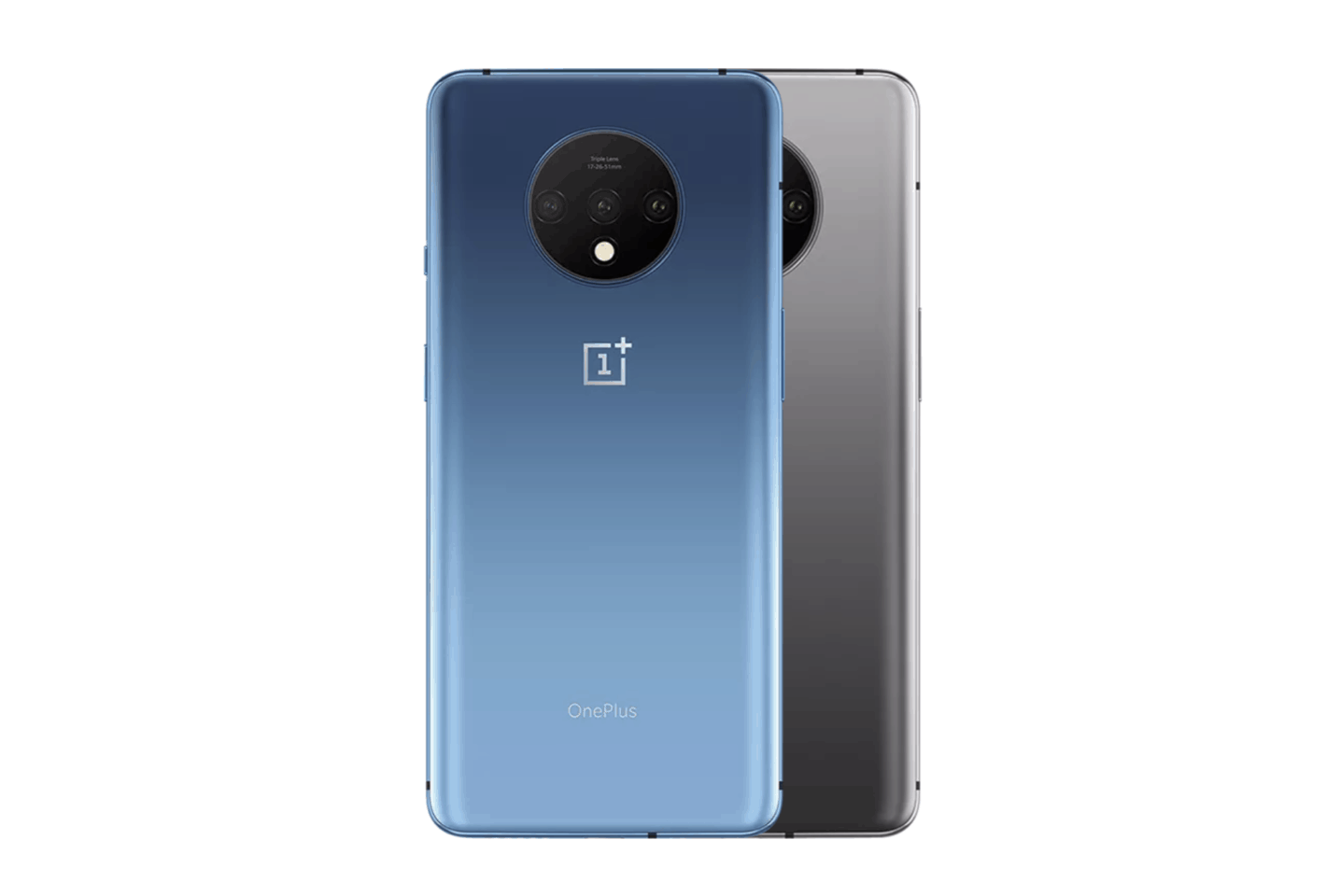 The OnePlus 7T is finally official. And to the untrained eye, it looks like a pretty impressive smartphone, especially considering it's $599. But there's more to the OnePlus 7T than what meets the eye. Of course, OnePlus is only going to tell you about the good stuff about this phone. But we're here to tell you about the good, the bad and the ugly.

This is going to allow you to get the full picture of the OnePlus 7T before you go ahead and order yours on October 18.

OnePlus brought some of the features that it debuted on the OnePlus 7 Pro earlier this year, down to the OnePlus 7T, which has a much cheaper price tag.

That includes the incredible 90Hz display. While it's not a Quad HD+ display, it's still full HD+, it is a really good looking display. OnePlus added in HDR10+ certification and some crazy (some might say, insane) brightness on this panel. We're talking 1000 nits peak brightness. Basically, you won't need to worry about not being able to see this in direct sunlight.

That Alert Slider that everyone loves? Yep, it's still on the OnePlus 7T. It baffles me how no other smartphone maker has done something like this. It's by far the best feature on every OnePlus phone (since the OnePlus Two). It makes it super simple to toggle from on to vibrate to do not disturb, all without having to turn on your screen. It's definitely a lot more useful than a Bixby button.

Oxygen OS is still one of the best Android skins out there. And some might not even call it a skin. It's a very light skin that is on top of Android 10, and brings in a number of very useful features that OnePlus says its customers actually use. I've used Oxygen OS on the OnePlus 7 Pro, and it was easily one of my favorite skins on any Android phone ever. It sports a clean look, plenty of customization, and best of all, it's crazy fast.

It still has that screen recorder that's built-in, something that regular Android doesn't even have yet, which is very useful. Especially for those that do a lot of gameplay and want to record that gameplay. Zen Mode is also a pretty useful feature in Oxygen OS, that makes it easier to put your phone down and leave it there.

Warp Charge 30T is a pretty incredible feature this time around too. It's actually the same speed as Warp Charge 30, charging at 30W. But what's different is the chemistry inside the battery. Thanks to some changes there, you're going to be able to get faster charging speeds, even at the same 30W. OnePlus says you'll get around 23-percent faster charging speeds, and can go from zero to 50-percent in just 20 minutes.

OnePlus is only offering the 7T in two variants (only one in the US). That comes with 8GB of RAM and 128GB of storage or 256GB of storage. This means that there are less choices and the only real number to remember is $599. It'll still be available from OnePlus unlocked and from T-Mobile here in the US.

This is also the first smartphone to launch with Android 10 out of the box. Now technically, the Huawei Mate 30 Pro will be first, but that is a Google-less version of Android. So it's slightly different. The OnePlus 7T comes with Android 10 and Google apps, and it's going to be great. OnePlus is also not making its customers wait for Android 10, on older devices. as the OnePlus 7 has already started to get the update, and the OnePlus 6 series will start getting it in a few weeks.

There's no wireless charging on the OnePlus 7T. Big surprise. Actually it isn't, OnePlus has been adamant over the years that wireless charging is just not worth it, and its customers aren't too interested in wireless charging. They would rather plug their phone in and be able to get 50-percent in just 20 minutes. Something you can't do with a wireless charger.

OnePlus has also kept the headphone jack out of this one. Again, no surprise there. You rarely see a smartphone maker remove a feature only to bring it back a few years later. The lack of a headphone jack is rather unfortunate, but it's not surprising. And virtually no other smartphone has one these days – save for the very cheap and inexpensive smartphones.

The battery capacity is also pretty small on the OnePlus 7T, but it should get you through the day. It's a 3800mAh capacity battery, and it's powering a large 6.55-inch Full HD+ 90Hz display, that's going to take quite a bit of juice. Now, unfortunately, we have not gotten a review unit yet, so we can't say exactly how good or bad the battery life is going to be. But just looking at the specs, we don't expect to have a battery champ here.

It would have been really nice for OnePlus to follow Apple's lead here. Making the OnePlus 7T a bit thicker and adding a larger battery inside. Which is what Apple did with the iPhone 11 Pro. But the Warp Charge 30T does definitely make up for it.

The triple camera setup on the OnePlus 7T is okay. This is pretty common for OnePlus. When it launches its smartphones, the cameras are okay and really fall behind when compared to the competition. Then it rolls out a few software updates and boom, the cameras are great. And it seems like that's the case here. Seeing some sample shots from the OnePlus 7T show that it can take some really great shots, but not the best.

Now with smartphones like the Huawei Mate 30 Pro and the soon to be announced Google Pixel 4 to compete with the OnePlus 7T, there's some really steep competition out there. One of these days, OnePlus is going to get it together and launch a phone with a spectacular camera on day one.

It's not really difference from the OnePlus 7. Yeah, it brings down a few features from the OnePlus 7 Pro, but compared to the OnePlus 7, there are very little changes. It almost makes you wonder, why did OnePlus even need to announce a new phone, when it could have just dropped the prices on the OnePlus 7 series and still sold a bunch.

Some are going to complain about the OnePlus 7T only coming with 8GB of RAM, but that's going to be plenty. Though it does seem a bit odd, seeing as they've been launching phones with 12GB of RAM for a while now. OnePlus seems to be going the route of keeping things simple with the 7T.

The fingerprint scanner is still under the display and still somewhat sucks. This isn't OnePlus' fault though. Under-display fingerprint sensors are just not that great, and aren't really ready to replace capacitive scanners yet. To OnePlus' credit though, it has done a great job at making their sensors faster and more reliable. But it's still not as good as a rear-mounted capacitive fingerprint sensor would have been.

What's really ugly here is that, the OnePlus 7T seems to be a better phone than the more expensive 7 Pro. That's ugly for OnePlus, as it is undercutting itself and cutting off its own sales. For the consumer though, that's a great thing. It ditched a lot of the things users don't like, including a curved display, pop-up camera and more and kept things consumers did like.

Finally, the release date for the OnePlus 7T is over three weeks away. That's a bit surprising for OnePlus. Normally it'll announce a phone, open pre-orders later that day and then the phone will release within a week or two at the most. There's no pre-orders, and the OnePlus 7T is going on sale on October 18. That's 22 days after launch. It's uncharacteristic and a bad decision by OnePlus. By then, we'll know everything about the Pixel 4 (though we kinda do already), other phones will have also dropped in price, and some might have forgotten about the OnePlus 7T by then. Not a good decision.

For the most part, the OnePlus 7T seems to be a really good smartphone. Coming in at $599 when a lot of other smartphones are crossing the $999 mark these days, it's hard not to give the OnePlus 7T another look. There are a few things that might keep some people from buying the OnePlus 7T, but nothing is really a big deal-breaker.

Of course, we may feel a bit different when we get a unit in our hands and start the review process. So you'll want to stay tuned for our review of the OnePlus 7T in the very near future.

Those looking for a device that won't break the bank, comes with the latest version of Android and is an all-around impressive smartphone, this might just be the one to get. Some are already calling it smartphone of the year, not sure we agree yet, but it is pretty close.