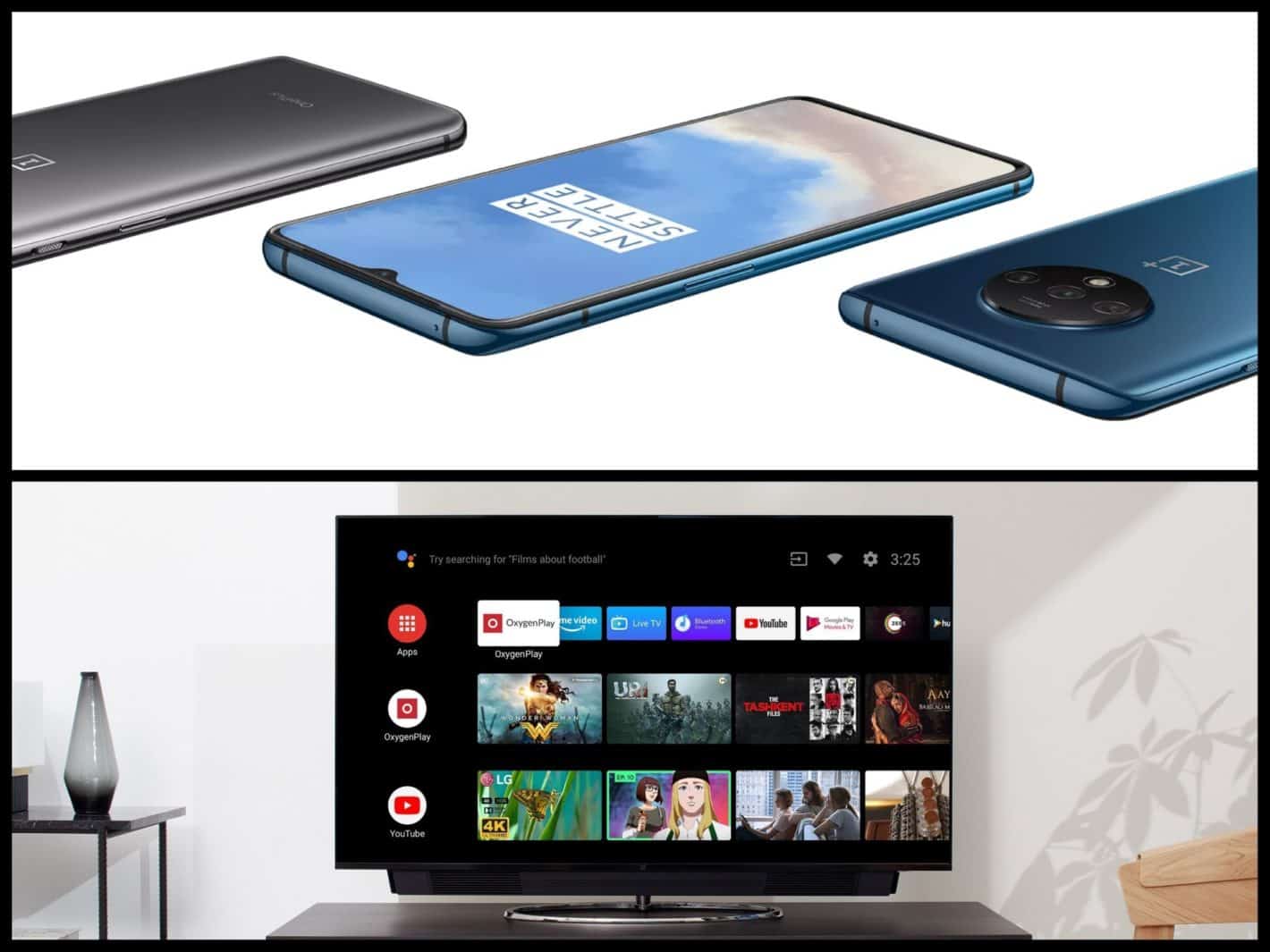 OnePlus hosted a press conference today in order to announce some new products. The main focus of this event was the OnePlus 7T flagship smartphone. That is not the only hardware that OnePlus announced, though.

In addition to that phone, the company also introduced its very first smart TV. The name of the TV is quite simple and logical, OnePlus TV. That product had been heavily teased by OnePlus over the last couple of weeks, and it’s finally here, in two variants.

The company also talked about OxygenOS 10, which comes pre-installed on the OnePlus 7T smartphone, and it’s based on Android 10. As part of the OnePlus TV announcement, the software was talked about as well, but we’ll get into that a bit later on.

OnePlus Care was also introduced, along with a new color for the company's wireless earbuds. OnePlus' cloud storage option was briefly mentioned during the event as well. That is pretty much everything that OnePlus announced today, so let’s get into it.

The OnePlus 7T is the main focus of the company's event. This phone does bring quite a bit of change compared to the OnePlus 7, though it's an obvious "T" improvement. If you do own the OnePlus 7, there's no real need to upgrade, otherwise… you may feel compelled to.

That change regards both the phone’s design, and its specifications, in fact. The front side of the phone does look extremely similar to the one on the OnePlus 7, but the notch is smaller. The OnePlus 7T includes a smaller waterdrop notch than the OnePlus 7, even though you may not even notice the difference.

The OnePlus 7T comes with a circular camera setup

Where the difference is quite noticeable, is the back side of the device. The OnePlus 7T includes a circular camera setup on the back, which hosts three cameras this time around. Those three sensors are identical to the ones on the OnePlus 7 Pro, by the way. For comparison’s sake, the OnePlus 7 included “only” two cameras on the back.

Truth be said, the OnePlus 7T’s display is still lower in resolution than that of the OnePlus 7 Pro, but the refresh rate will make a huge difference. Bezels surrounding that display are extremely thin, the bottom one is still the thickest one.

The OnePlus 7T does not include a 3.5mm headphone jack, just like its predecessor. You will need to utilize the Type-C port on the bottom of the phone if you’d like to listen to music using wired headphones.

The OnePlus 7T includes the Snapdragon 855 Plus, 8GB of RAM and Warp Charge 30T

The phone also includes plenty of RAM. The OnePlus 7T comes in one variant only, with 8GB of LPDDR4X RAM. That RAM is accompanied by 128GB of UFS 3.0 flash storage, the fastest storage available for smartphones. All that, in collaboration with the phone’s display, SoC, and software should make for a great user experience, as it aims to keep the phone smooth at all times.

Charging is 23% faster than on the OnePlus 7

OnePlus did boost up charging on the OnePlus 7T, though. The device offers Warp Charge 30T, which is 23-percent faster than Warp Charge 30. This is wired charging, by the way, the device does not offer a wireless charging solution.

On the back of the OnePlus 7T, you’ll find 48, 8, and 16-megapixel cameras. The 48-megapixel sensor comes with OIS, and 0.8um pixel size. It also supports PDAF, and has Laser Autofocus to assist it. This sensor is hidden away behind an f/1.6 aperture lens.

You will use an 12-megapixel camera for loss-less zoom on the OnePlus 7T. This camera enables the device 2x loss-less zoom, so it’s the phone’s dedicated telephoto camera. It’s packed away behind an f/2.2 aperture lens, and it supports PDAF. This camera is also assisted by Laser Autofocus.

Android 10 comes pre-installed on the OnePlus 7T out of the box. On top of it, you’ll find OnePlus’ OxygenOS 10 skin, which already rolled out to the OnePlus 7 series smartphones.

There is one difference between the Q1 and Q1 Pro models

There is only one difference between these two variants. The more expensive one comes with a built-in, motorized soundbar. Both TVs are rated at a 50W output, but the regular model does not include that soundbar with eight speakers. We'll talk more about that later on, the point is, the rest of the specs and the design is identical on both units.

The OnePlus TV comes with a 55-inch display (95.7-percent screen to body ratio), and it utilizes the Quantum LED or QLED display technology. We're looking at a 4K resolution here, and a 96-percent DCI-P3 score. The TV also managed to get a 120-percent NTSC score as well.

OnePlus says that this NTSC score is the highest in the market, and if true, that is impressive. The OnePlus TV has the "Gamma Color Magic" processor, and all content on it will be provided at 60Hz refresh rate.

Both Dolby's video and audio technologies will be included in this TV. The Dolby Vision Atmos gives the TV 40-percent more brightness, claims OnePlus, along with more accurate colors. The company also mentioned that the OTT content includes Netflix, Amazon Prime, Zee TV, and more. Do note that Netflix is coming "later this year", according to the company.

The OnePlus TV Q1 Pro model comes with a sliding soundbar which has eight speakers, and a sound output of 50W. This soundbar will slide down within 7.2 seconds after you power on the TV, and will make minimum noise (32db).

Android TV comes pre-installed on the OnePlus TV, a "pure Android TV experience", as OnePlus said. The UI that OnePlus included on the TV is called "Oxygen Play", it's basically a TV alternative to OnePlus' OxygenOS, based on vanilla Android TV. The TV itself is 7mm thick.

This TV comes with built-in screencasting, while it is also voice-enabled via Google Assistant. The TV will be getting updates for the next three years, and you can connect it to your smartphone via "OnePlus Connect".

During its press conference, OnePlus announced that "OnePlus Pay" is also coming. The company only said that it is coming next year, but did not offer any specifics whatsoever, so we'll just have to wait.

The company also announced "OnePlus Cloud Storage" for the gallery. It was only said that 50GB is free for the first year, but no specifics were shared regarding this either.

On top of everything, "OnePlus Care" has been announced in India. It will offer a free 1-year Extended Warranty Plan, 50-percent off on battery replacement, buy back option, and additional offers.

Those of you who are looking to get OnePlus' wireless earbuds, you'll be glad to know that a new color has been announced. The Bullets Wireless 2 will be available in an Olive Green variant as well.