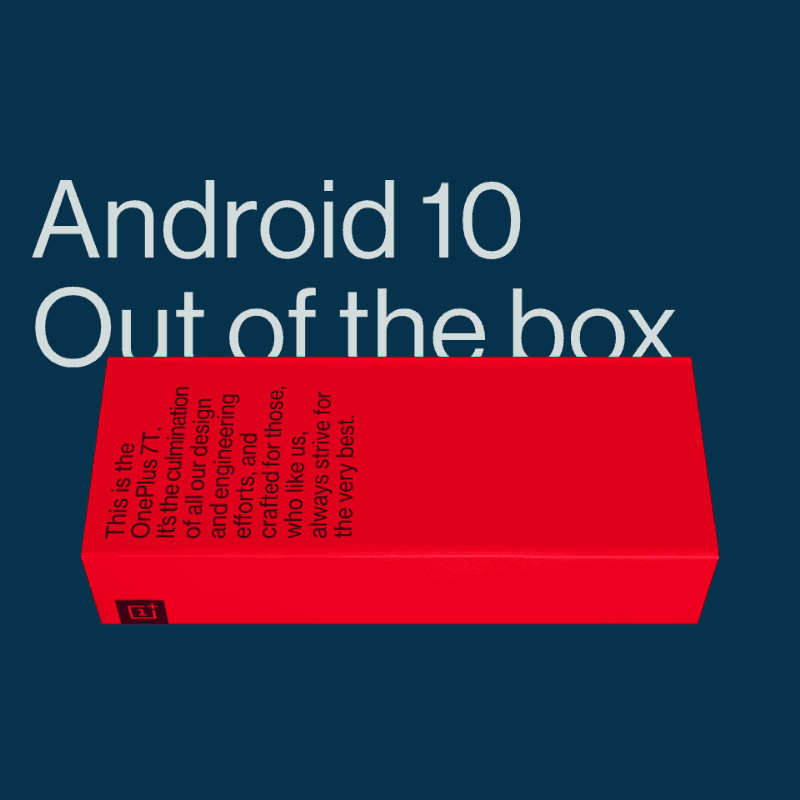 OnePlus announced today that the OnePlus 7T that is launching on Thursday is going to be coming with Android 10 pre-installed.

That also means that Google apps will also be pre-installed.

This was a subtle way for OnePlus to take a jab at Huawei, which just launched the Mate 30 Series without Google Apps – thanks to Trump's trade war with China.

While OnePlus didn't actually say anything about Google apps, it did take a subtle jab with this part of the tweet. Stating "no download required." Huawei's Mate 30 Series is able to Google apps, if you download a few things and flash it onto the device. But OnePlus is making sure that users know that's not required on the OnePlus 7T.

Last week, during Huawei's press conference in Munich, Samsung sent out emails to users in some Latin America countries, that basically told them that their phones all come with Google apps. And also touted their tight relationship with Google.

It wasn't even a subtle jab at Huawei, but it was also pretty funny. It's not often that we see brands going after each other like this, but it's good to see.

OnePlus though, needs to be careful. As it is possible that President Trump could go after its parent company, BBK Electronics. Which is Chinese-company that owns OPPO, Vivo and OnePlus. It's a pretty large company as well, so it's only a matter of time. And then OnePlus could end up in the same position that Huawei is in right now.

Considering OnePlus started rolling out Android 10 to the OnePlus 7 Series over the weekend, it's no surprise that the OnePlus 7T Series is coming with Android 10 pre-installed.

Not to mention the fact that OnePlus has also been part of the beta program with Google, so it has had access to Android 10 for quite some time.

This makes the OnePlus 7T Series the first smartphone to come with Android 10 and Google's Core apps pre-installed. Huawei was first with Android 10, but it's missing Google's goodies, as we've stated already.

Android 10 is going to be coming with Oxygen OS, which is likely to get a few new features with the OnePlus 7T later this week when that is announced.

OnePlus is going to be announcing the OnePlus 7T Series on Thursday, September 26 in the US and India and October 10 in Europe. It's a bit weird to have this staged announcement, which means that the OnePlus 7T could be announced this month and the OnePlus 7T Pro coming next month for Europe.