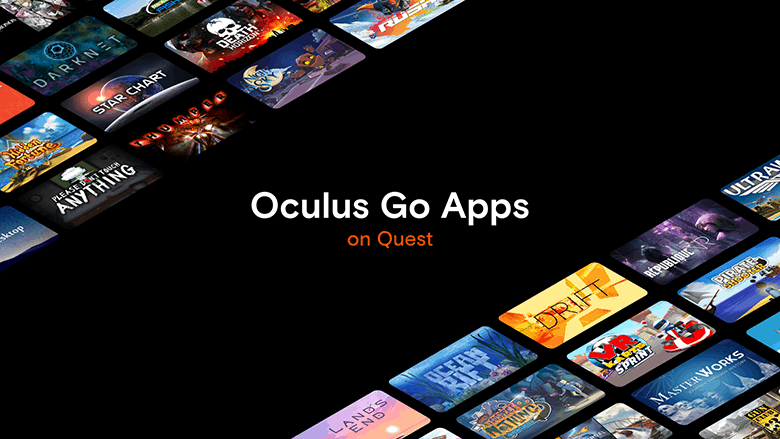 Oculus Go was Facebook’s first standalone VR headset. With the Oculus Quest now in place though, consumers have a more powerful option.

To make things even sweeter, popular apps from the Go platform are making their way over to the Quest. The wait won’t be long either.

If you missed out on some of the really cool Go apps that were available, you’ll soon get a chance to check them out. Facebook says that it’ll be releasing the most popular apps from Oculus Go for Quest headset owners next week.

In total there will be more than 50 apps available, including games. What’s more is that anyone who already owns one of those apps for the Go headset will get it for free on the Quest.

That could have been a small point of contention for users who have purchased both the Go and Quest headsets. Oculus however, seems keen on ensuring that it isn’t a problem that arises.

Even if Oculus did charge users again for the same content on a new platform, it would have been well within its rights to do so. But it isn’t, and that says something.

Passthrough+ tech is coming next week as well

Oculus Go apps aren’t the only thing arriving next week. Facebook is also sending out an update that will include the addition of the Passthrough+ technology.

This was first shipped with the Oculus Rift S headset, and now the Quest owners will have it too. What it does is allow for stereo-correct real-time views of your surroundings while you have the headset on. This is meant to offer improved immersion, which should make your VR sessions and experiences that much better.

Passthrough+ on the Quest is already impressive in its own right. But, it’ll be even better later in the year. That’s because Facebook is gearing up to launch what it calls Passthrough “on demand” which will ship later this year.

It will pair up with Passthrough+ to let users check their surroundings when stepping outside of the pre-configured play area at any point of their choosing. All without removing the headset.

Meaning, again, more immersion for your VR experiences as you should be able to worry less about running into stuff, or stepping on things you shouldn’t. Like, say, the cat’s tail.

These two additions alongside the arrival of Oculus Link and hand tracking are prepared to make the Oculus Quest the company’s best VR option to date.