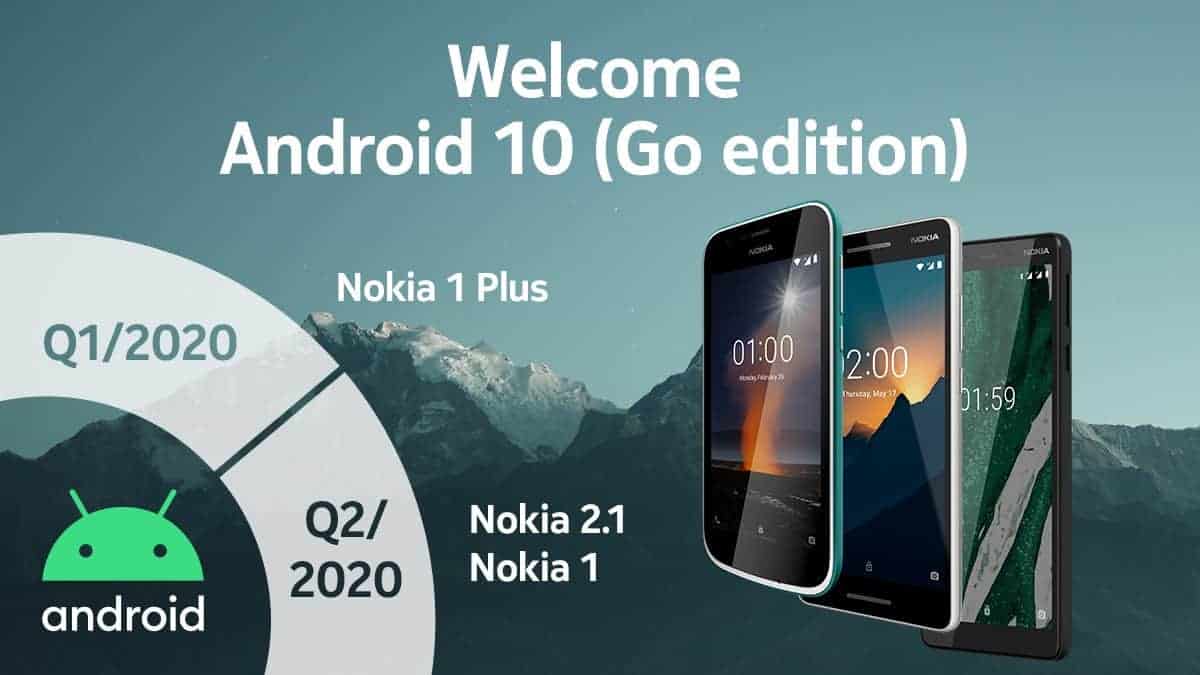 Nokia says that it's bringing Android 10 Go Edition to a range of its Nokia smartphones next year.

The announcement was made by Juho Sarvikas on Twitter, the Chief Product Officer for HMD Global. Sarvakis also mentions specific time windows and a few phones.

The first three phones to get the update to the latest version of Android software will be the Nokia 1 Plus, the Nokia 2.1, and the Nokia 1.

All three of these phones will be getting the update at separate times though. According to Sarvikas, it's coming to the Nokia 1 Plus sometime in Q1 of 2020. The Nokia 2.1 and Nokia 1 updates will follow sometime in Q2 of 2020.

Beyond those rather expansive windows, there's no other information. Which means, the exact time of release spans a pretty wide time frame.

Nokia may be starting things off small with just a few handsets, but more phones are certainly coming.

Sarvikas hasn't said as much, but it would be highly unlikely that Nokia and HMD Global would bring it to the three phones it has already confirmed and no others.

What those phones will be and when they will get the software update is unclear of course, but Nokia will no doubt share the details or update its roadmap when it gets closer to that point.

With Android 10 Go Edition, users with smartphones that have low-end specs are able to get the most out of the OS. It was designed specifically for these types of devices and to work with low ram while still providing a smooth experience.

That makes these Nokia devices the perfect phones, as they're all rather inexpensive and won't come with hardware that is as powerful on some of Nokia's other devices. Android 10 Go Edition was just announced by Google on September 25.

Like past versions of Android Go, the updates are completely dependent on the manufacturers. Meaning the companies making the phones decide when the software updates go out to their devices. This is why users are waiting until Q1 and Q2 for these Nokia phones to get the software instead of in just a month or two from now.

Entry level smartphone experience should not be a compromise. #Google proves it with new #Android 10 Go edition offering rich experiences with even better memory mgmt, performance & security. We are working to bring them first on #Nokia smartphones 🙏https://t.co/6K9QaYCY2p pic.twitter.com/5jWHrJPV4q