Motorola is the latest brand to enter the Android TV market.

The new TV products were announced today during a Motorola event in India. At present, there’s no word if these Android TV devices will become available outside of India.

The new TVs are due to go on sale towards the end of the month and will be available to buy through Flipkart.

Motorola is not alone in its move from phones to TVs. OnePlus is also expected to launch its first Android TV product in the next few weeks and like Motorola, will first launch in India.

Although it appears that OnePlus and Motorola are approaching the Android TV market differently. For example, while OnePlus is aiming at the premium (and expensive) tier, Motorola is releasing multiple models to cater to multiple budgets. The 32-inch model is launching for ₹13,999 in India. That roughly equates to $195 U.S.

Besides the usual Android TV benefits, it looks like Motorola Android TV is making a push for gaming.

Motorola has confirmed its new TVs even come with their own Bluetooth gaming pad included in the box, along with the remote control. 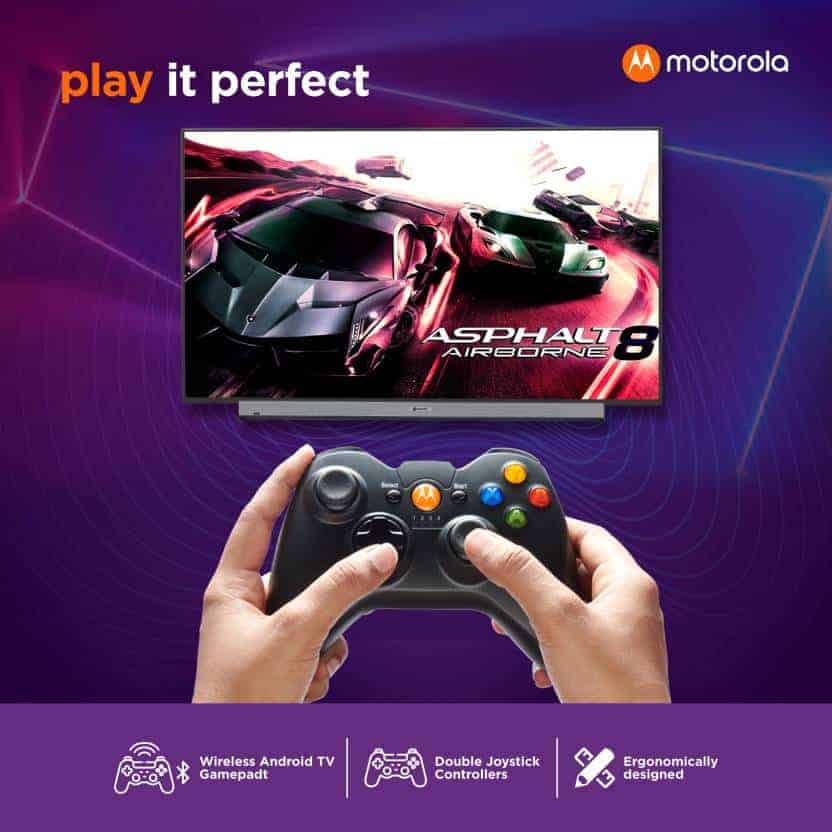 That’s not the only atypical feature here as Motorola’s TVs will also feature what’s basically a built-in soundbar. In total, Motorola is offering a 20-watt or 30-watt audio output, depending on model.

Beyond gaming, not a lot new here

Besides the gaming angle, it does not look like Motorola is bringing much to the Android TV table. These appear to be fairly generic Android TV products. Motorola is attempting to position them as the ‘complete TV’ product by focusing on a combination of visual, audio and gaming capabilities.

The new TVs run on Android 9 Pie and come with a standard version of the operating system. The TVs will vary in size, ranging from 32-inches up to 65-inches. Resolution varies depending on the size with the larger models reaching 4K. The top of the line model is the 65-inch 4K version, priced at ₹64,999 – roughly $900 U.S.

In addition, aspects like the RAM and storage will also vary depending on the model. The higher up models will max out at 2GB RAM and 16GB storage. Suggesting these might not actually be the gaming powerhouses Motorola argues they are. 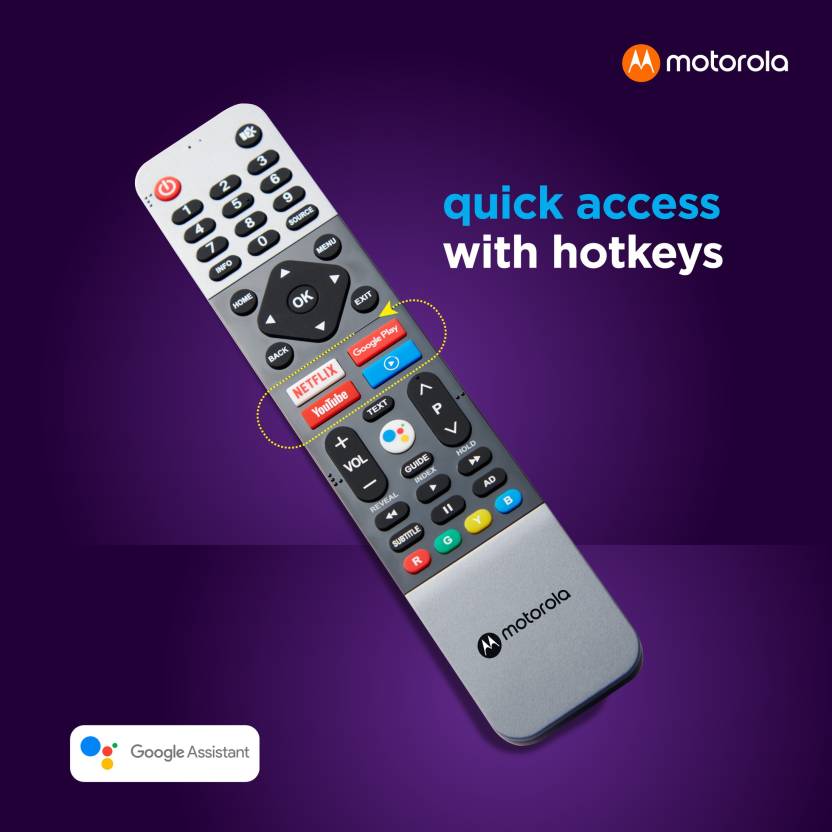