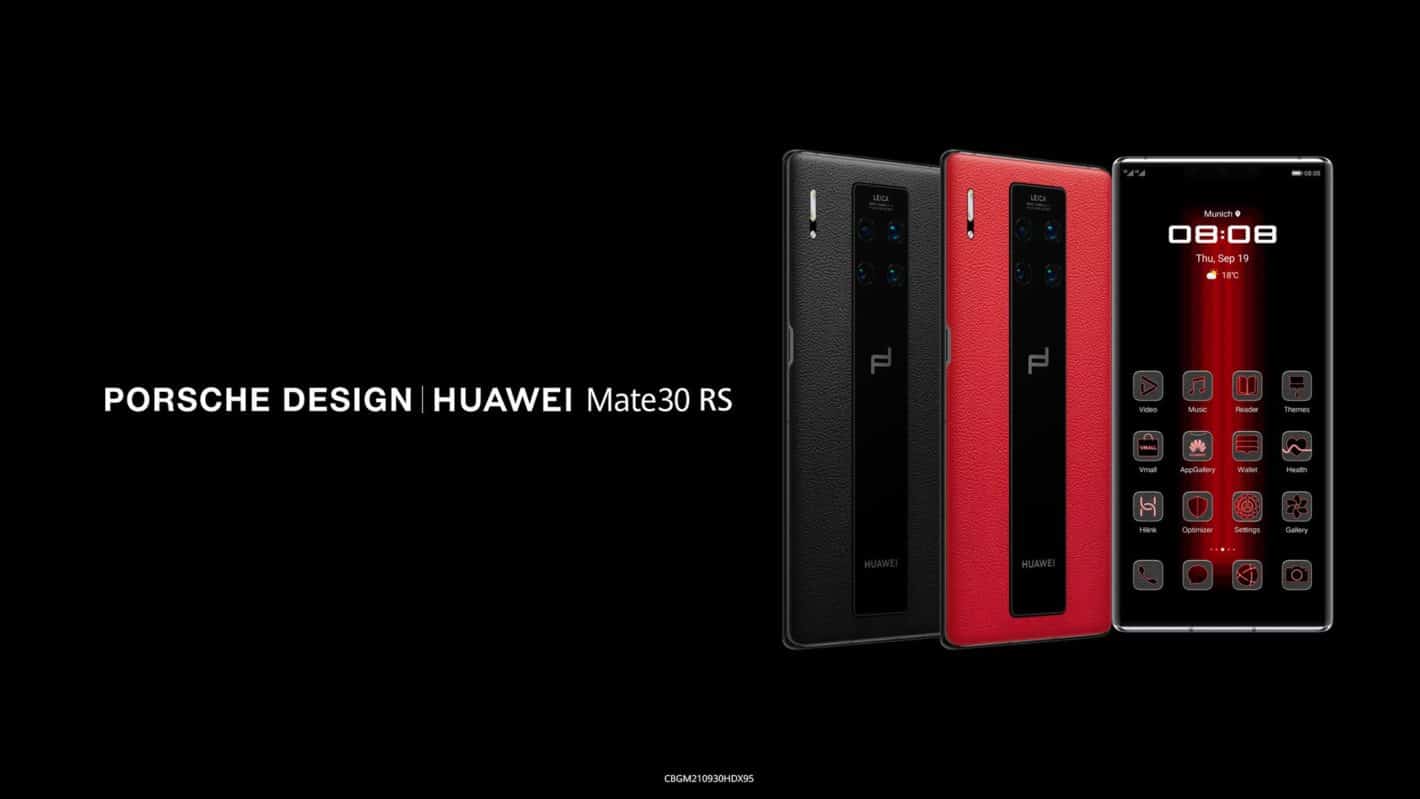 UPDATE: Pricing has been announced, along with RAM and storage info. The phone comes with 12GB of RAM and 512GB of storage, while it is priced at €2,095.

ORIGINAL ARTICLE: In addition to announcing the Huawei Mate 30 and Mate 30 Pro, the company announced a third device today. The Porsche Design Huawei Mate 30 RS got announced in Berlin as well.

This is a special edition handset made in collaboration between Porsche Design and Huawei. This is not the first time the two companies collaborate on releasing a phone, they’ve been doing it for a while.

Porsche Design Huawei Mate 30 RS is different than the Mate 30 Pro, on the outside

The Porsche Design Huawei Mate 30 RS is essentially the Mate 30 Pro, with a different design. The front side of the phone is pretty much the same, but the back is not.

The phone is made out of metal, glass and leather. The phone’s back side is made out of leather, but it comes with a vertical glass strip. The phone leather back will make sure that you’ll get a proper grip on the phone, while it looks premium as well.

This handset comes in Black and Red color options, and it sports Porsche Design’s logo on the back. The phone features the same cameras on the back as the Mate 30 Pro, four of them. Those cameras are also placed in two rows, but we’re not looking at a circular camera unit here. The design is different, as you can see. All four cameras are included in that vertical glass strip.

A headphone jack is not included

The phone does not include an audio jack on the back, while it utilizes touch-sensitive sides to control the volume. The phone does include a regular power / lock button on the right. Though.

This handset is fueled by the Kirin 990 64-bit octa-core processor. This is Huawei’s newest flagship chip, which supports 5G connectivity.

It has the same camera setup as the Mate 30 Pro

On the back, the Porsche Design Huawei Mate 30 RS includes an 8-megapixel, and two 40-megapixel cameras. A 3D Depth Sensor is also included.

On the front, this handset includes a 32-megapixel selfie camera, along with a number of sensors. Those sensors are used for advanced facial scanning, and air gestures.

Emotion UI (EMUI) 10 comes pre-installed on this phone, on top of Android. You may be forced to install Google services once you fire up the device, though, the company did not offer any info on that.

We also do not know how much RAM this phone has, the same can be said for storage. It is probably 8GB or 12GB of RAM, Huawei is expected to offer more info in the near future, along with pricing and availability info.