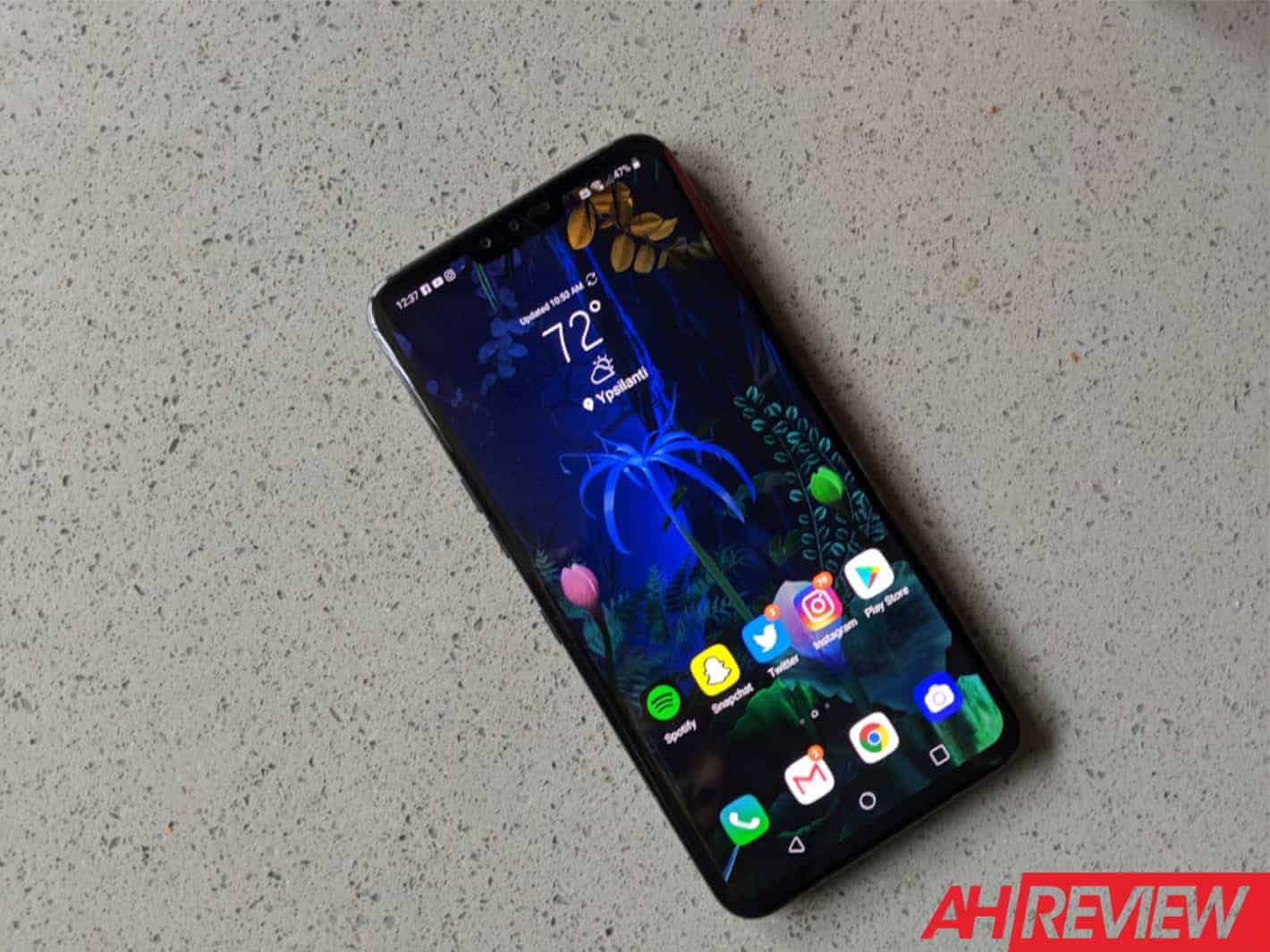 LG didn't break what wasn't broken on the V40 ThinQ, and that's what's going to make the V50 ThinQ 5G a success.

Disclaimer: At AndroidHeadlines, we now do two reviews for each smartphone. There’s a “good” review and a “bad” review. This is the good review, where we talk about everything that is great about the LG V50 ThinQ 5G, you’ll find nothing about how it falls short in this review. That is saved for the bad review, which you can read here.

The LG V50 ThinQ 5G is a pretty interesting smartphone from the company for two main reasons. One is 5G and the other is the second display add-on that it is selling with it in some parts of the world (not the US). But is it worth the extra money? Well let’s find out in our full review.

A familiar design, but that’s not a bad thing

Most companies will stick with the same design for a few iterations of its smartphones. And usually that’s not a bad thing. As it will usually make some changes to make the design even better. LG did also do that here. It’s not a bad thing with the V50 ThinQ 5G actually. It is a really good design.

Other than the lack of a camera bump, the design of the LG V50 ThinQ 5G is the exact same as the V40 ThinQ it released last fall. And we love it.

That includes the power button being on the right side, as opposed to the left on Samsung’s latest flagship. There’s also the Google Assistant button on the left, below the volume rocker. Which are all in perfect spots to be able to reach them all without needing to readjust your grip of the phone. That might sound like a minor thing, but it really is not.

There is still a notch on the front, which is pretty small now, and since LG did not adopt the in-display speaker on the V50 ThinQ 5G like it did on the G8 ThinQ, the earpiece and two cameras are in that notch.

That also includes that spectacular OLED display around front. It’s a 6.4-inch Quad HD+ OLED display, and this is an LG OLED panel, as you might have guessed, and not a Samsung panel. So the colors are a bit different. While we do prefer Samsung’s OLED displays, LG is no slouch here. When comparing the V50 ThinQ 5G to the Galaxy Note 10 Plus, there are a few differences here. LG’s colors aren’t quite as saturated as Samsung. And LG’s panel doesn’t get as bright as the Galaxy Note 10 Plus panel.

However, you should have no trouble seeing this outdoors in direct sunlight. We’ve been using it outside and haven’t had really any issues using it outside. Of course, the Galaxy Note 10 Plus is much easier to see outside, but the V50 ThinQ 5G is still plenty visible.

Battery life can either be pretty darn good, or just average

This is a 5G smartphone. LG did up the capacity to 4,000mAh this time around. But that doesn’t mean the battery is insane. However, for the most part, during our testing, we were able to get through a full day with around 30-percent charge left. That gave us about five to six hours of on-screen time, depending on how we used the phone that day.

It’s important to note that for the most part, we were using the phone on 4G LTE and WiFi. Seeing as 5G is not available everywhere – it’s really just on some random corners in some markets – we did not get to use a full cycle on Verizon’s 5G network. However, just running a few speed tests, we could see just how quickly the battery could drain on 5G.

So if you are in an area that has 5G, and you’re on it all day, expect the battery life to be average at best.

A camera for every shot

Those that used the V40 ThinQ may not have been a huge fan of the triple camera results that it provided. But thankfully, LG did improve the image processing on the V50 ThinQ 5G. So you’re getting even better images out of this one.

The other thing that was pretty impressive, was how fast the shutter speed is on the V50 ThinQ 5G. Putting it side-by-side with the Galaxy Note 10 Plus, you can really see the difference. And if you have pets or kids that you’re trying to take a photo of, that is a really big deal.

As always, you can check out our sample shots taken with the LG V50 ThinQ 5G in the Flickr Gallery linked below.

The LG V50 ThinQ 5G has really good performance. That is not a surprise.

It has essentially the same internals as almost every other smartphone released in 2019. That includes a Snapdragon 855 chipset and 6GB of RAM (there’s also 128GB of storage and a micro SD card slot for storing your photos and apps).

With that kind of power, you’d expect the V50 ThinQ 5G to be pretty speedy, and it is. In day-to-day tasks, we haven’t noticed any real issues with the V50 ThinQ 5G being slow or needing to redraw apps. It also has not been aggressive in closing apps in the background, which while that would save battery, it does become annoying if you’re a power user.

Gaming is still pretty good on the V50 ThinQ 5G. But remember that this is not a gaming-centric smartphone, like the ASUS ROG Phone II or the Razer Phone 2. So gaming isn’t quite up to par, when compared with those. But for those that are just looking to do some casual gameplay, you won’t have any issues here.

There’s one last feature we need to talk about, when it comes to the LG V50 ThinQ 5G. And it’s one that won’t be available in the US. And that’s the LG Dual Display. It is essentially turning the V50 ThinQ 5G into a folding phone, but without the issues that Samsung and Huawei are facing with their own folding phones right now.

On paper it sounds pretty cool, in practice, it is clearly a first-generation product. The overall experience isn’t bad, but it could use some improvements. Thankfully, LG has listened already, and has made plenty of these improvements in its second-generation Dual Display for the LG G8X ThinQ that was announced last week at IFA.

The LG Dual Display is cool for multi-tasking, like having YouTube on one screen, and scrolling through Twitter on the other. And LG was smart and made the hinge on it a 360-degree hinge, so that you can fold it back when you don’t want to use the second display, without needing to take the cover off. Which was another smart move.

But, throughout the past few weeks of using this Korean model (it doesn’t work with the Verizon V50 ThinQ 5G, since it does not have the pogo pins on the back), I can say that it has actually come in pretty handy for some things. Now would I buy the V50 ThinQ 5G just for this Dual Display? Probably not. But if it were included in the box, I probably would. As it stands right now, it is not included in the box and is sold separately.

LG is, sadly, known for making some really great and underrated smartphones. And the V-series is always a part of that. Largely because it comes out shortly after the Galaxy Note does, and is overshadowed by so many of its competitors. But once again, LG has made an underrated smartphone, that probably won’t sell that well. Firstly because it’s overshadowed, and secondly because most US carriers are only selling it to people that live in their 5G markets. Which are pretty slim right now.

The LG V50 ThinQ 5G is somewhat pricey, in fact it’s the most expensive LG smartphone ever. But if you’re in a 5G market, then it’s a pretty good phone to buy right now, if you are willing to be a first adopter for 5G. Remember that 5G plans are also more expensive, at most carriers right now.