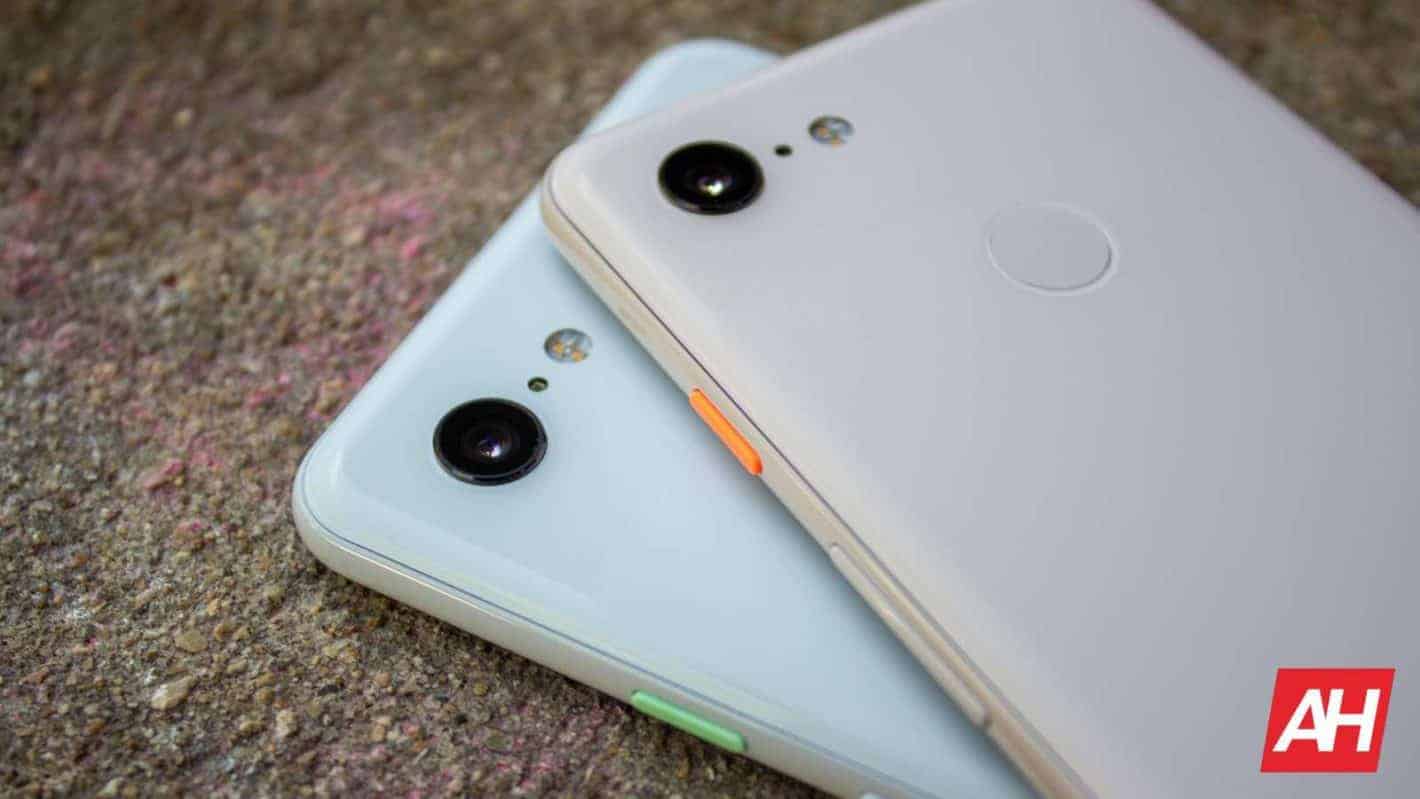 It’s iPhone review day, which means everyone is putting out their iPhone 11 Pro review out today. And it means that people can actually talk about the iPhone 11 Pro.

Even though we don’t cover the iPhone here at Android Headlines, we do still check out the reviews and announcements from Apple. As it’s good to keep up with the competition and see what Apple is doing. One thing we couldn’t help but notice is how everyone is raving about the iPhone 11 Pro’s camera. With some saying it’s “the best camera on a phone”.

We agree, at least from the photos we’ve seen, but that won’t last long.

The Pixel 3 reigned as the best all-around smartphone camera for the majority of the year. And the fact that it took nearly 11 months for another phone to even come close (and in some opinions, beat it), is pretty incredible.

I have kept going back to the Pixel 3 XL over the past year, because the camera is just better. Even better than the Galaxy Note 10+ which is over a grand. That says a lot about what Google is doing with this single lens. Don’t get me wrong, the Galaxy Note 10+ has a great camera, especially with the wide and telephoto options, but Google just does a better job with colors, and bokeh. Not to mention Night Sight.

Pixel 4 is looking to be a pretty solid upgrade, in the camera department from the Pixel 3. At least according to the many, many leaks we have seen in recent weeks.

Some of the features we’re hearing about for the Pixel 4’s camera include Motion Mode, which is going to allow you to take photos of moving subjects and blur the background. Similar to taking photos at a game, with a very high-end DSLR and a very long lens (you’ve seen them on the sidelines). There’s also Astrophotography, which has everyone talking. Camera Coaching is set to debut on the Pixel 4, which is essentially a way to “coach” you into taking better photos.

Of course, we also have improvements to features like Top Shot and Night Sight. With Apple’s new Night Mode being right on par with Night Sight, and even being better in some areas. It’ll be interesting to see what an improved Night Sight can do.

So the iPhone 11 Pro is the best camera on a smartphone, for now. But that’s going to change on October 15.

Let me explain. By the iPhone 11 Pro having a great camera, even the best camera, it’s going to force other manufacturers to really step up their game and improve their cameras. Instead of sitting stagnant and only adding a few things that most people don’t care about. Remember that for many years, the iPhone had the best camera, whether we wanted to admit it or not. And in recent years its been stagnant and hasn’t improved a whole lot, until the iPhone 11 Pro. Which means that Android has a new bar to reach.

As with anything, competition is good for the consumer. Apple upping its camera game means that Google is also going to need to up theirs. Which we fully expect, considering the number of new features that are coming with the Pixel 4. Also considering Google’s recent track record with its own smartphone cameras. Since launching the Pixel line in 2016, it has had some pretty impressive cameras. Even though it has stuck with the same lens since the original Pixel.

Cameras have really gotten pretty impressive in the past five years. In fact, they have gotten so good that most people are now ditching their DSLRs and point-and-shoot cameras for their smartphone cameras. This is good, as the best camera you have, is the camera that’s with you.

So the iPhone stepping up, giving consumers a telephoto and a wide-angle lens on their phone and improving it in general, is going to be good for Android. Especially those that follow Apple’s lead when it comes to things like design, features and such. And you know who those are.

Don’t forget about Huawei and the Mate 30 Pro either

While we’re talking a lot about the Pixel 4, we can’t forget about the Huawei Mate 30 Pro which is going to be announced on Thursday.

Huawei has really upped its camera game (like all the other smartphone makers) in the past few years. But Huawei’s is a bit more impressive, since it is working with Leica.

With Leica, Huawei has been adding more and more lenses to its smartphones as well as some pretty cool zoom features. The Huawei P30 Pro had this really cool Periscope lens that had 20x optical zoom and 50x digital zoom. Those are numbers that are unheard of for a smartphone.

That means that the bar is set pretty high for the Mate 30 Pro. Despite having so many lenses, the Pixel 4 has still had a better all-around camera. But knowing how much Huawei loves to be like Apple, the iPhone 11 Pro is what Huawei is aiming for here. And if it can put out a better smartphone camera than the iPhone 11 Pro, that’ll go a long way in marketing this device.

Huawei will likely become the new “Camera King” after it is announced on September 19, and then a month later the Pixel 4 will retake the crown.

However, it is important to note that the “Camera King” crown is going to be subjective between these three smartphones. Some might like the Night Sight on Pixel 4 better, or the portraits on the iPhone 11 Pro better and some might like the zooming capabilities on the Mate 30 Pro better. We’ll have to wait and see, but it’s going to be a great time for smartphone cameras.

Pixel and iPhone are a lot alike in the camera department

Despite the hatred for iPhone from Android users and the hatred for Android from iPhone users, the Pixel and iPhone are a lot alike when it comes to the cameras that both phones posess.

While competitors to both phones are racing to add more and more cameras, with more features that most people won’t use, Pixel and iPhone are improving the camera(s) that they do have. For instance, the Pixel 4 is going to be the first time that Google has gone with multiple cameras on its smartphone. And the iPhone is using triple cameras for the first time this year.

That’s a relief for consumers though. Instead of companies spending a ton of R&D on features that users are never going to use, or only use once or twice, they are spending money on R&D to improve what they already have and bring features that actually matter. Like Night Mode, or better zooming capabilities. Seeing as zooming has been hot garbage on smartphones for the past few years.

Though there are still plenty of jokes out there about the iPhone coming with 10 cameras in five years, which is funny, but probably not likely. Given how long it took Apple to get to three cameras, it would be shocking to see them jump to 10 cameras for the iPhone 16. Then there’s the point about, why do you need that many cameras, because you really don’t. Telephoto, wide-angle and a main lens is really all you need. But if you ask Huawei, a macro lens is also important. Which can be a helpful lens, but that’s one that you definitely won’t be using all that often.

The iPhone 11 Pro does have a pretty impressive set of cameras, even if it does look like a stove on the back of your phone. And it’s good to hear that it has an incredible camera on the back. As that is going to make Android manufacturers step up with their next smartphone and make theirs even better. And that’s where everyone wins.

But just because the iPhone has the best camera right now, doesn’t mean that’s going to last long. With the Huawei Mate 30 Pro and Pixel 4 on their way, that crown is likely going to go to at least one (most likely both) of these phones in the next few months.

Either way, it’s going to be a pretty exciting next few weeks with a ton of new smartphones on the way. With the Huawei Mate 30 Pro this week, OnePlus 7T next week and the Pixel 4 on October 15. It’s a great time to be looking for a new smartphone, as always, you’ll want to wait until after the Pixel 4 has been announced before you decide on your next smartphone. As that should be the last smartphone announcement of the year.

So Pixel fans, don’t be upset that a phone has finally dethroned the Pixel 3 from being Camera King. It’s pretty impressive that it took 11 months for it to actually happen. But with the Pixel 4 right around the corner, Pixel will likely take that crown back pretty quickly.