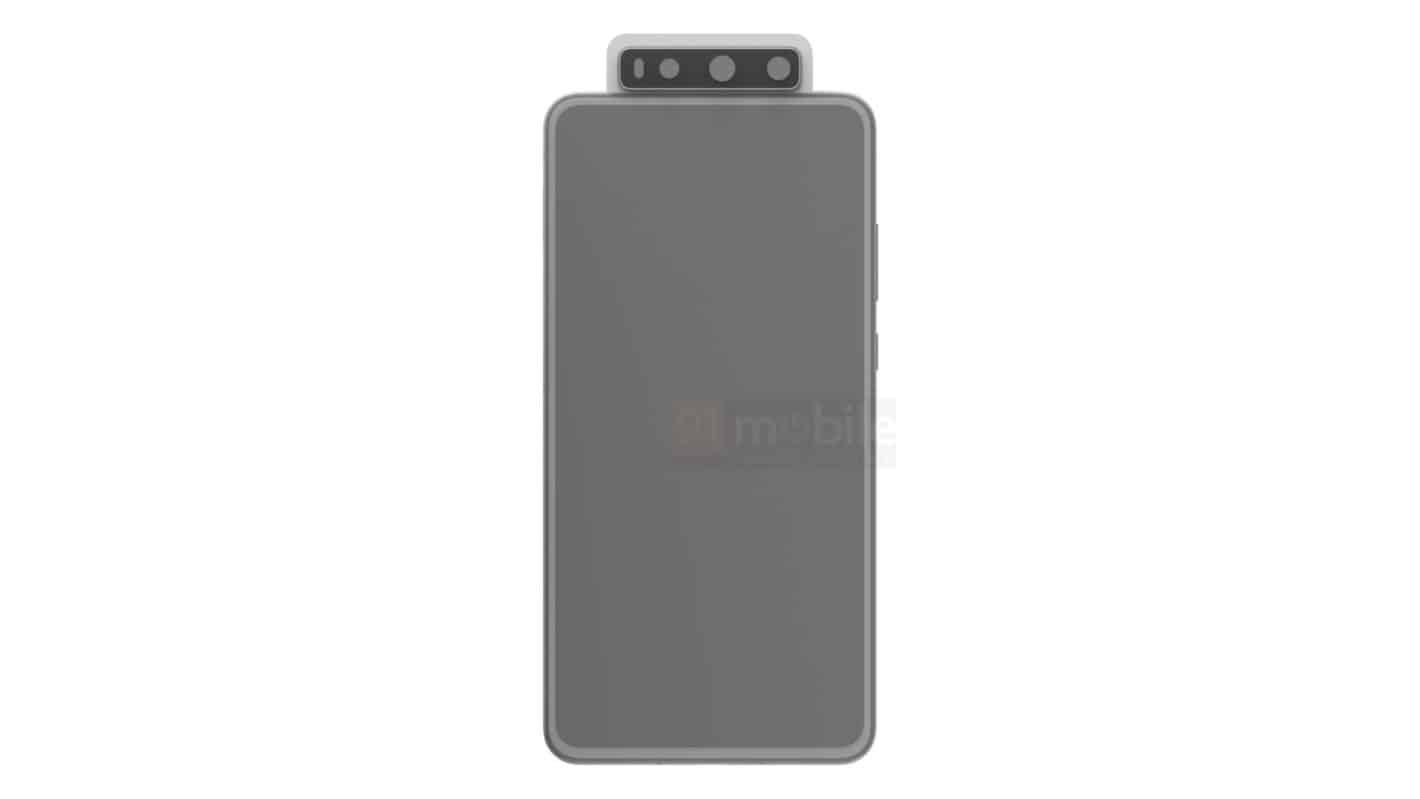 A new Huawei design patent has appeared, and it suggests the company is working on a rather interesting phone. This patent shows a smartphone with a flip-up selfie camera system. Needless to say, this is a similar approach to what the ZenFone 6 brought to the table.

The Huawei P40 may include a flip-up camera, but that's not as likely

This patent had been filed with the EUIPO (European Union Intellectual Property Office), claims 91mobiles. The source guesses that this approach could be used with the Huawei P40. That's a stretch, it's possible, but it's a stretch.

The module is quite similar to the ASUS ZenFone 6

This has to be a mechanized system, as it is on the ZenFone 6. The phone that this camera module is attached to, in this patent, sports a flat display.

The power / lock, volume up, and volume down buttons are located on the right-hand side of this phone. The SIM card tray can be found on the left-hand side of the device.

Based on this design patent, the device sports really thin bezels. If Huawei ends up using this camera module on one of its future devices, it's possible that the phone will look a bit different. This could be just a placeholder smartphone design.

The patent for this design expired on June 18, 2019, so it could become a part of one of Huawei's upcoming smartphones. We were unable to locate the patent on EUIPO, but 91mobiles did share some images of the device, and the patent listing.

Now, if Huawei ends up utilizing such setup in the Huawei P40, that would signal a major hardware change. Both the Huawei P30 and P30 Pro feature display notches, and no moving parts.

Including a flip-up camera would definitely be a huge step in a different direction. It is more probable that Huawei will test out this design with a mid-range phone before it includes it in its flagship, though. We'll just have to wait and see.

The Huawei P30 and P30 Pro were introduced back in March. The P40 series is expected to follow in February or March next year, unless Huawei ends up changing its plans.

The Huawei P40 series will be fueled by the Kirin 990 for sure, just like the Mate 30 series. Both flagship P40 phones will probably be made out of metal and glass, and ship with Android 10 and EMUI 10.