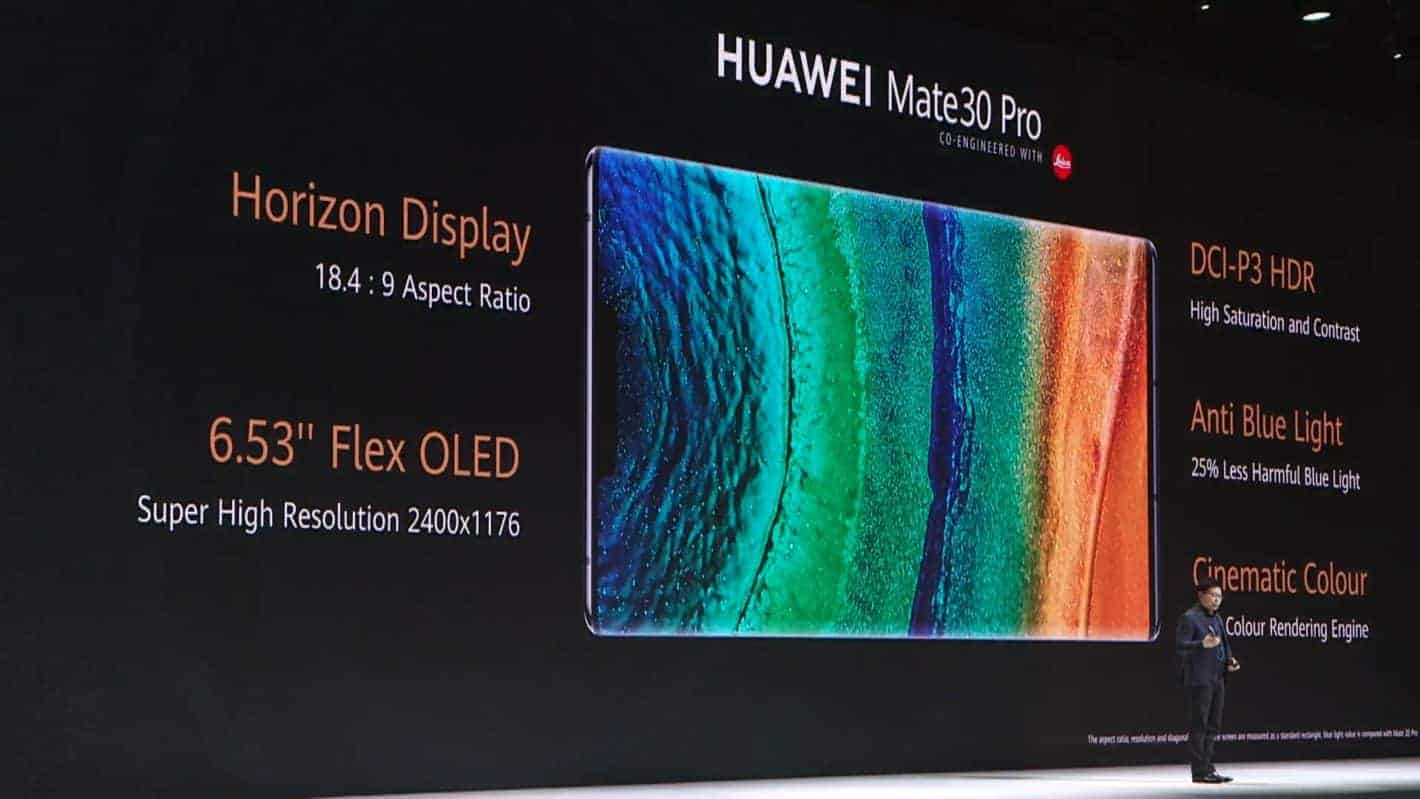 Huawei had introduced its flagship smartphones at an event in Berlin, Germany. That event took place earlier today, and we've already covered the main announcement. So, it's time to take a look at the spec sheet, the Huawei Mate 30 Pro specifications in specific.

The Huawei Mate 30 Pro includes a curved display, less rounded corners, and four cameras on the back. The device also sports touch-based, non-physical volume buttons, which is not the case with the Mate 30. You can even add touch-based buttons on the side for the camera shutter, gaming, and so on. On top of everything, the Mate 30 Pro's notch is wider, and shorter than the Mate 30's.

We'll talk more about the differences between the two phones in a separate article, that goes for both the design and specifications. Let's focus on the Mate 30 Pro specs now, shall we.

The Huawei Mate 30 Pro features a 6.53-inch fullHD+ (2400 x 1176) AMOLED "Horizon Display". This is the so-called "Waterfall Display", which extends further than the regular curved display (to the middle of the phone's sides). The curve on this display is also more pronounced than on a regular curved panel.

Huawei's Kirin 990 64-bit octa-core processor fuels the company's flagship. That processor got announced earlier this month, during IFA 2019. The phone is equipped with 8GB of RAM and it comes in both 128GB and 256GB storage options. The phone features the so-called "Screen Sound Technology", which boost audio output.

A 4,500mAh battery is included in this package. The phone supports 40W wired fast charging, and 27W wireless fast charging. Android 10 comes pre-installed on the phone, along with Emotion UI (EMUI) 10.

The Huawei Mate 30 Pro supports advanced facial scanning, which is why it has such a wide notch. The phone is IP68 certified for water and dust resistance as well.

The phone's 8-megapixel camera is here for telephoto shots, and it offers an f/2.4 aperture lens, along with OIS. The Mate 30 Pro offers crazy zoom capabilities. It offers 3x optical zoom, 5x hybrid zoom, and up to 30x digital zoom. On top of that, you can take slow motion video of up to 7,680fps.

This handset comes in Classic Black, Space Silver, Cosmic Purple, and Emerland Green colors. Interestingly enough, the company also introduced the Mate 30 Pro in "Vegan Leather" edition. That variant of the phone comes with leather on the back, not glass, and comes in two additional color variants.