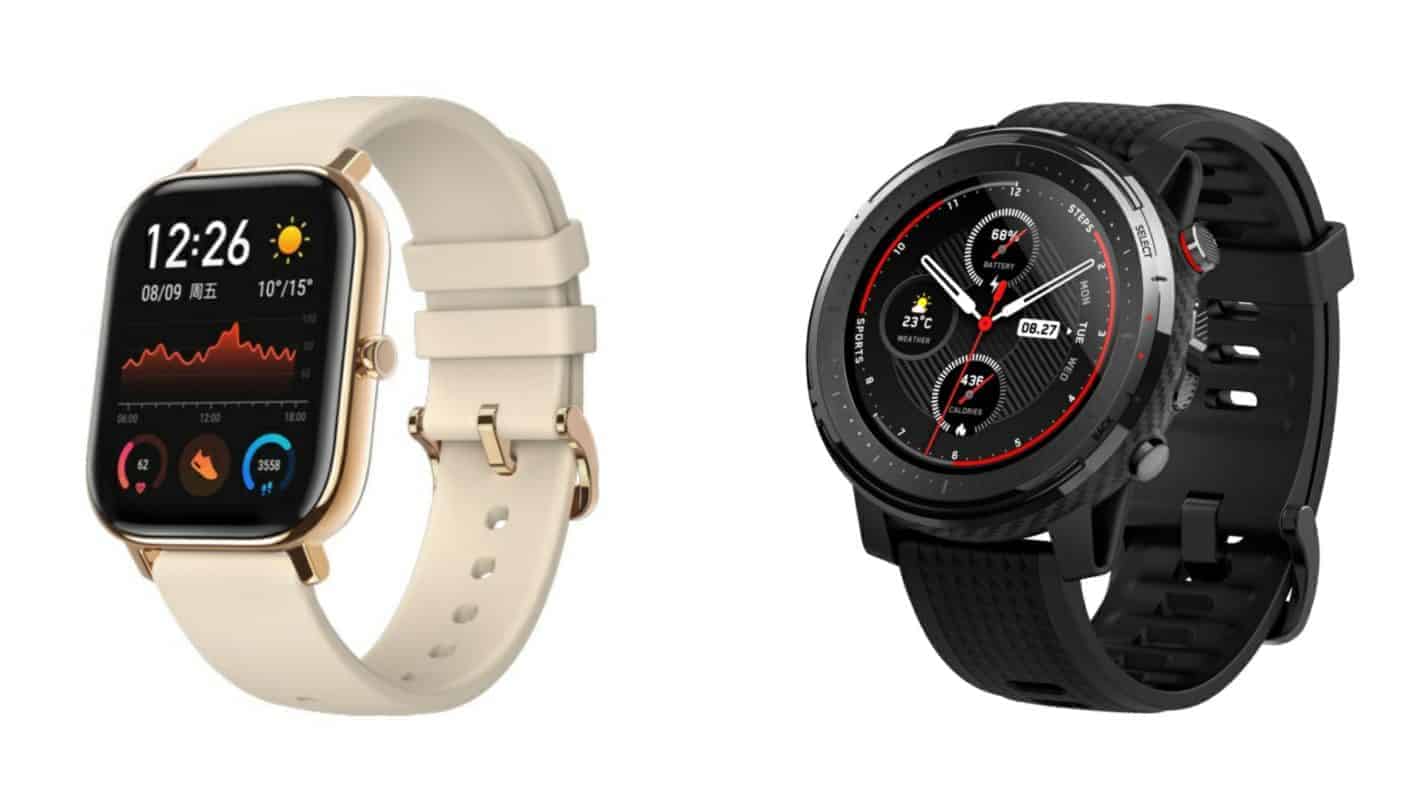 Let's talk about the Amazfit GTS first, shall we. This smartwatch is reminiscent of the Apple Watch lineup. It sports a similar design to the Apple Watch, and it looks considerably different than Amazfit's previous launches.

This wearable features a square display, while the company is more prone to launching wearables with circular displays. This smartwatch comes with a 2.5D curved glass on top of its display, and it features a metal body.

This watch comes in six different colors, and is waterproof up to 50 meters. The watch comes with a silicone strap, and is 9.4mm thick. That is quite stunning when you consider that its battery can last up to 14 days, according to the company.

This watch sports an AMOLED display, and it comes with a heart rate sensor. This watch can track your steps as well, and various other activities. You will also be able to check the weather on the watch, various events, and so on. The watch actually comes with 12 different sports modes.

The Amazfit Stratos 3 is "designed for sports"

The Amazfit Stratos 3, on the other hand, is a fairly different watch. This is the company's third-gen Stratos watch, and this device comes with a circular display. Huami says that the Stratos 3 is "designed for sports". The watch comes with a transflective MIP display, which is easily readable under direct sunlight.

This smartwatch features four physical buttons, and comes with a wearable strap. This watch is also capable of running up to 14 days, claims Huami, while measuring your heart-rate 24 hours a day. The Stratos 3's GPS can continuously track the route from 35 to 70 hours, says the company. The device includes a three-mode / four-satellite GPS positioning chip.

It is also worth noting that the company's Amazfit GTR watch has received the IFA Product Technical Innovation Award. This sleek-looking watch was introduced a while back, and has now received some recognition in the form of this award.

The last product that we'll talk about is the concept watch, the Amazfit X. Huami says that this watch will not become available until 2020, but it will feature a curved display.

The watch will feature a 2.07-inch curved display, and we're looking at a 326ppi HD display here. That is quite stunning for a smartwatch, that's for sure. The watch will include a curved lithium battery, and a 3-section motherboard.