The HTC Vive Cosmos is launching on October 3rd and is bringing the next-generation of VR with it. We’ve seen a number of other headsets launch this year, with each of them bringing new and exciting technology to the table but still hanging on to some first-generation designs and problems. HTC appears to be the first company launching a new VR HMD (head-mounted display) in 2019 without any compromise.

Pre-orders start today, September 12th, and the Vive Cosmos is priced at $699. That’s the least expensive HMD that HTC has ever launched, and it includes everything you’ll need to get started to experience the next-generation of VR.

One of the headlining features of the Vive Cosmos is its modular design. Out of the gate, the Vive Cosmos is designed to utilize a brand-new inside-out tracking system that can detect the room you’re in, as well as the movement of the headset and controllers in this space, all without requiring external cameras or sensors to function. That’s an identical design to the Oculus Rift S and the Oculus Quest (as well as Windows Mixed Reality HMDs), but HTC has placed more cameras on the Vive Cosmos than other manufacturers.

Whether or not this results in better tracking remains to be seen, but folks who want to continue using their existing SteamVR Lighthouses will be able to purchase the Vive Cosmos External Tracking Mod in Q1 2020, which will enable use of the existing Lighthouses as well as those Vive Trackers. Vive Trackers are a way to give full-body tracking to VR enthusiasts, create custom trackable objects (like weapons), and even enable advanced virtual camera features for content creators. The Vive Cosmos is also utilizing the highest resolution display to ever grace a Vive HMD; a 2880 x 1700 resolution fast-switching LCD with RGB stripe configuration. This means near-zero screen door effect, which is a massive improvement over the first-generation HTC Vive and matches the clarity of headsets like the Valve Index and Oculus Rift S. The refresh rate of 90Hz and 110-degree field of view are identical to current-generation Vive HMDs, but the new enhanced lenses offer more clarity and a wider “sweet spot” for viewing.

It also features a new flip-up design that makes it easier to keep the HMD on your head longer. When users get too sweaty, need a drink or a snack, or need to speak to someone in the real world, all they’ll have to do is flip the visor up.

HTC has also redesigned the controllers of the Vive Cosmos and made them significantly smaller, lighter and more ergonomic than the Vive wands that ship with current-generation HTC Vive HMDs.

The Vive Cosmos will connect to your PC via a single USB 3.0 port and DisplayPort 1.2, but HTC also offers a way to go wireless; a truly killer feature of the Vive Cosmos that makes it feel truly like the next-generation of VR when paired with all the other features. We’ve reviewed that wireless adapter and can vouch for just how perfect wireless VR feels when paired with the graphical prowess of a PC.

Last, but not least, is the new Vive Reality System, which is a brand new interface HTC designed to further immerse players in the virtual experience. Built as a new way to launch apps and games, the Vive Reality System’s Origin space is supposed to make it feel less like launching separate experiences and designed to more cohesively provide a virtual world that players “step into”. HTC will be providing a 12-month subscription to Viveport Infinity, the “Netflix of VR”, with all Vive Cosmos HMDs. 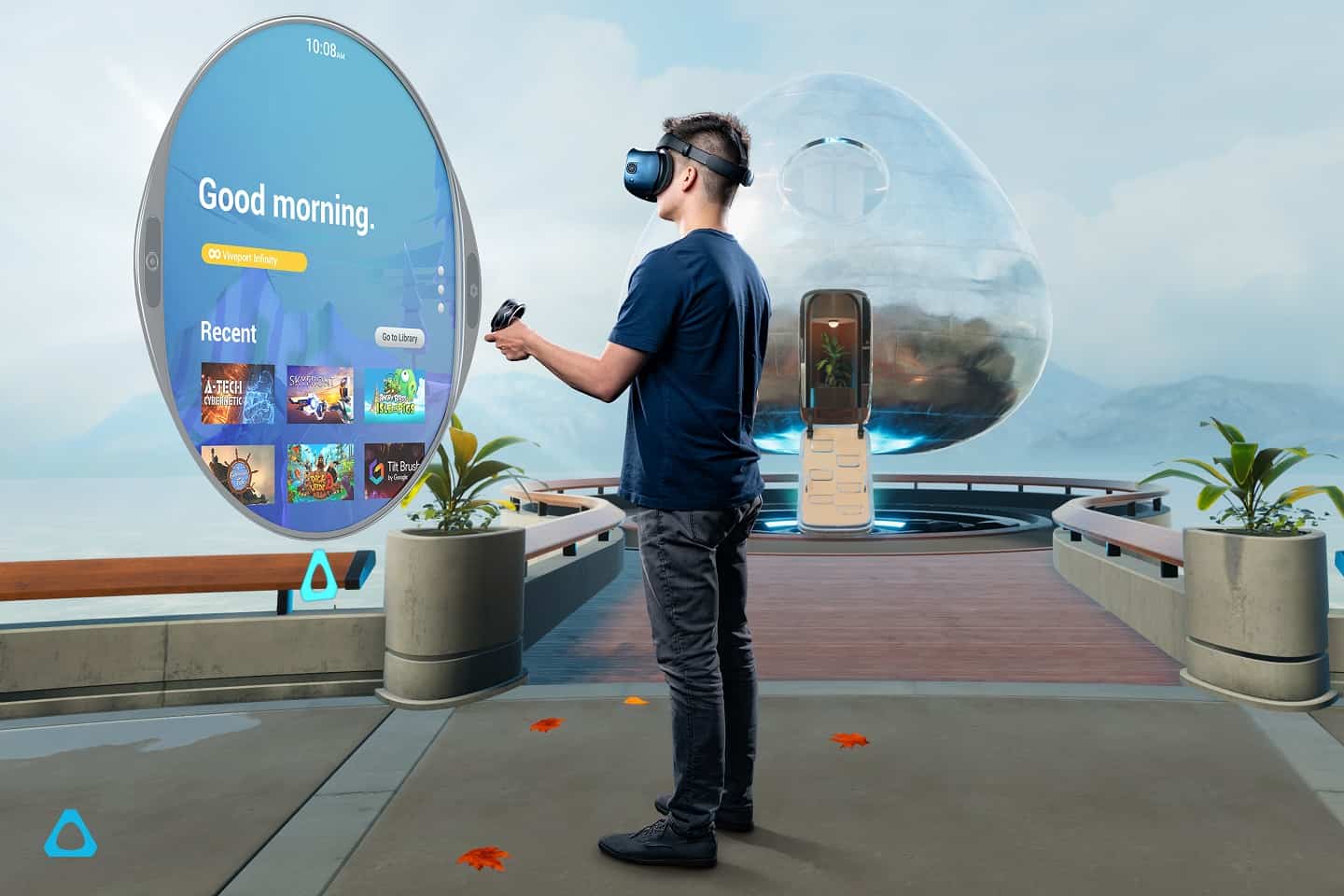