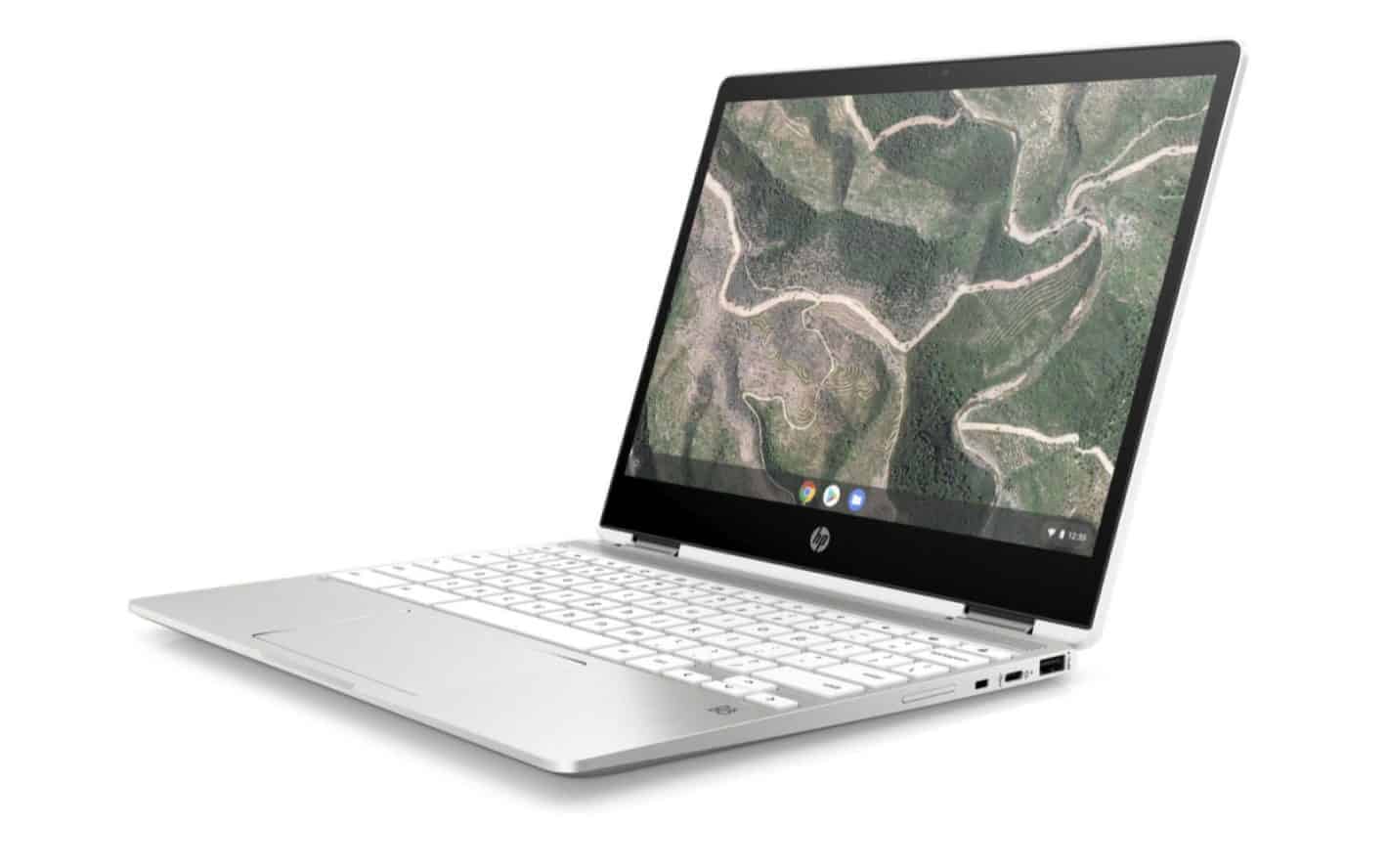 HP has taken the wraps off of two new Chromebook devices in its x360 under the 12b and 14b branding. The two gadgets are nearly identical aside from one or two minuscule configurable differentiators. Both the HP Chromebook x360 12b and Chromebook x360 14b easily fall into the mid-range category in terms of price and features.

HP's goal with the new Chromebooks appears to be pushing the "x360" torch forward consistently across two different size categories. Under the hood and outside, both of these devices are effectively identical, based on reports stemming from the announcement.

Beginning with the exterior, the new HP Chromebook x360-branded laptops feature a 1366 x 768 resolution display. That's set into a frame with moderate bezels that attaches to the keyboard deck with 360-degree hinges. The design language is, like other Chromebooks in the family, centered around the use of metal.

Unlike other devices in the series, HP includes a large, bar-shaped keyboard just above the keyboard. An oversized touch-pad sits just below that. Another big difference here is that the keyboard itself is a stark white coloration that only just barely differs from the high-sheen silver used in the frame.

The back of the display lid appears to be that same color. In fact, it's almost the same ceramic white used on other HP Chromebooks, judging by the images alone. Because the design is blade-like, slimming from back to front, HP appears to be stepping toward a sleeker aesthetic than previous x360-branded Chromebook devices.

Aside from the volume rocker and power buttons, HP incorporates a set of two USB-C ports, split between the left and right edges. A single USB-A standard port, a microSD card slot, and a headphone jack round out the ports and plugs.

On the inside, both the HP Chromebook x360 12b and the Chromebook x360 14b are powered an Intel Celeron processor. That's the Intel Celeron N4000 and HP is backing that up with 4GB of LPDDR4 RAM and 32GB of storage. A combination of Bluetooth 5.0 and Wi-Fi 5 offer up methods for getting connected to the web or local wireless technologies. The latter is rated with gigabit speeds.

In terms of the final similarity between these two new HP Chrome OS laptops, both the x360 12b and x360 14b feature a brand new stylus protocol too. Namely, each supports Universal Stylus Initiative 1.0 (USI) for Active styli out-of-the-box. As the standard's branding implies, that's a completely open standard system.

A stylus for that will be sold separately, rather than in the packaging but it's a definitive step for HP. Essentially, it moves the product line slightly further toward an open ecosystem. These Chromebooks should be compatible with any stylus that utilizes USI 1.0. That includes both wired and wireless stylus pens.

For now, the only other companies involved in both Chromebooks and USI are Google and Intel. Google is the only one that has previously been reported to have a stylus in the works built on the standards. So HP is joining a very select group of OEMs with the implementation.

With both devices, when the stylus becomes available, HP's accessory will be dockable via magnetic pins on the side of the build.

What sets these two devices apart?

Compensating for that, HP's larger laptop can be purchased with an optional FHD resolution panel and a more powerful Pentium quad-core processor with storage boosted to 128GB.

Those that want the HP Rechargeable USI Pen to use with their Chrome OS convertible laptop will need to save a bit more money and wait until sometime in November. That will cost $69.99.

Regardless of which version is purchased, HP includes a one-year subscription to Google One. Which tier that will be isn't specified.