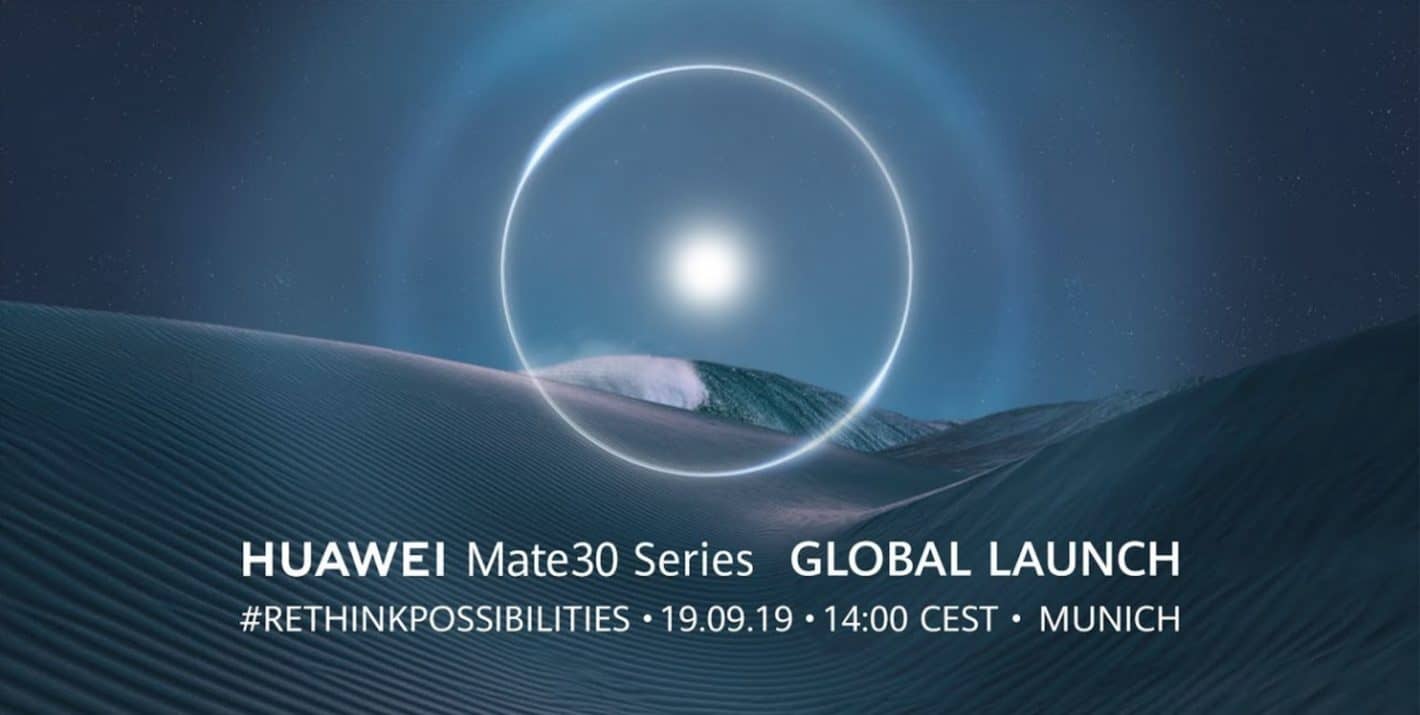 Huawei will announce a handful of new products today. The company scheduled a press conference in Berlin, Germany, and will live stream the event.

The focus is on the Mate 30 flagship series of smartphones

The main focus, during this event, will be on the Huawei Mate 30 flagships. The company is expected to announce three Mate 30-branded phones, the Mate 30, Mate 30 Pro, and Mate 30 RS Porsche Design.

Those three handsets had leaked a number of times thus far. They all leaked in images, while specifications for the Mate 30 and Mate 30 Pro also surfaced. The Mate 30 RS Porsche Design will be a special edition smartphone, which will resemble the Mate 30 Pro, and share its specifications (for the most part).

In addition to those smartphones, the Huawei Mate 30 Lite mid-ranger may also debut. On the other hand, considering how many products will Huawei announce, that device may not even be mentioned.

Everything is known about the Mate 30 Lite at this point anyway, as it will be the same as the Nova 5i. It will essentially be a well-specced mid-ranger, with a display camera hole, and thin bezels.

New smartwatch is coming, along with a fitness band, TV, and more

This event won’t be all about smartphones, though. Huawei is also expected to introduce a new smartwatch, a fitness tracker, and a TV. The company may even introduce a new tablet, or re-announce an existing one(s).

The Huawei Watch GT 2 surfaced a number of times thus far. That watch will become official during this event, almost certainly. It will be waterproof, and ship with Bluetooth 5.1. The watch will also sport a circular AMOLED display, and be fueled by the Kirin A1 chip.

Huawei is also said to announce a new fitness tracker, but we don’t know what will it be called just yet. That fitness tracker goes by the codename “andes”, and will probably succeed the Band 3 Pro.

Huawei’s TV with HarmonyOS is said to arrive as well. Not much is known about this TV, other than it will ship with a UHD display.

The company’s new smartphones will debut with Emotion UI (EMUI) 10, it seems, so Huawei will probably talk about that version of its Android skin as well.

All that will be shared during this event, and if you’d like to know more, click here. By doing so, you’ll be able to access the preview of this event, essentially.