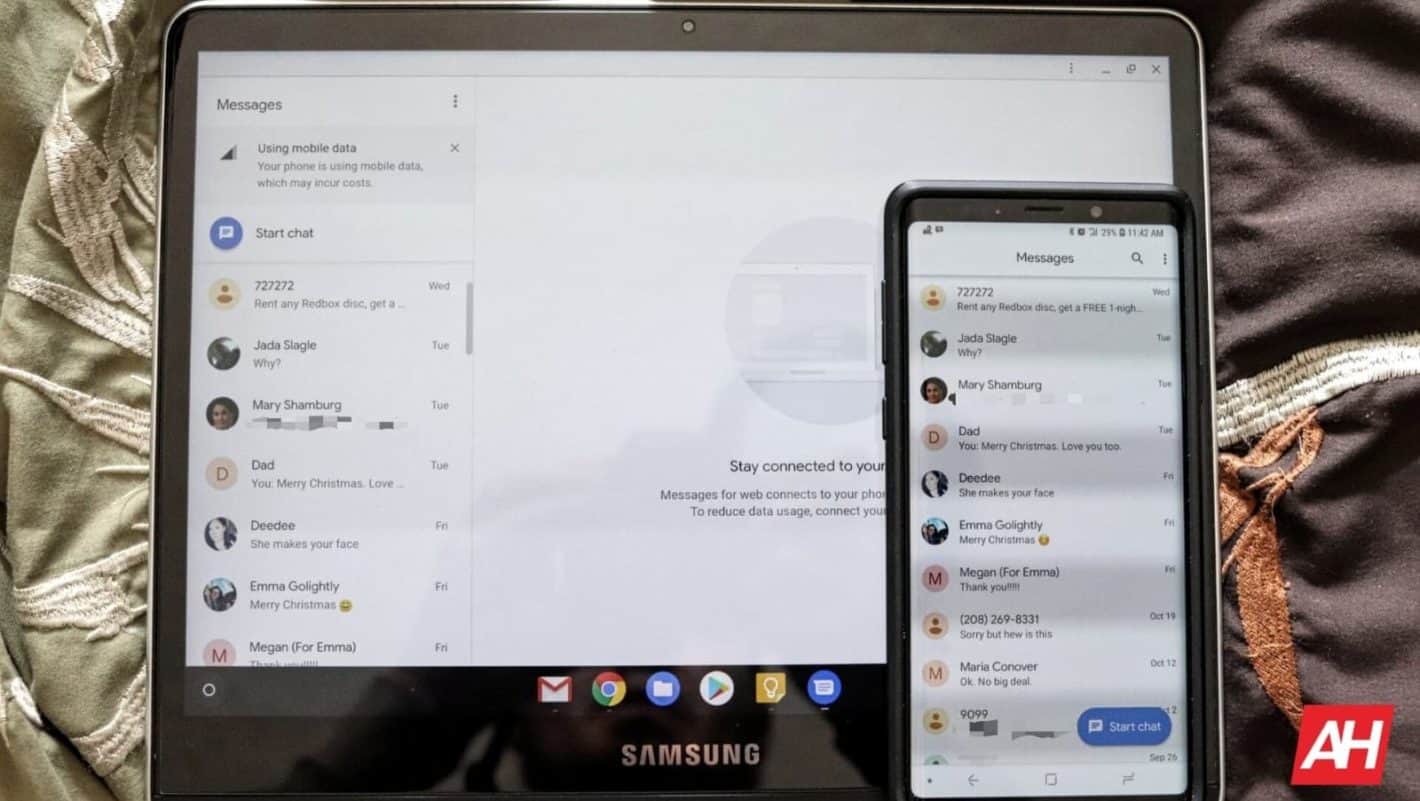 As of Chrome version 77, Google has made it much easier for just about any device to send and share tabs and pages across an account. That means that users can start out on their desktop or laptop and switch over to their mobile device — or vice-versa — with relatively little effort.

That doesn’t mean it’s quite the same process to or from every platform. Fortunately, it’s still very easy regardless of which platform is in use.

The first thing a user needs to do, of course, is to make sure that they’re signed into Chrome on any devices they want to use the feature with. That’s a straightforward thing to do since signing into any Google service, such as Gmail, will sign in to the browser.

Chrome will also need to be syncing across all of the devices, which is easy enough to accomplish too.

First, users need to navigate to the “Settings” menu, found behind the three-dot menu icon at the top-right-hand side. On mobile devices, from there, the syncing service is located just below the user’s name and email address under the “Account” subheading at the top of the page. For desktop and Chrome OS, the setting is found in a similar location, just under the “People” subheading. 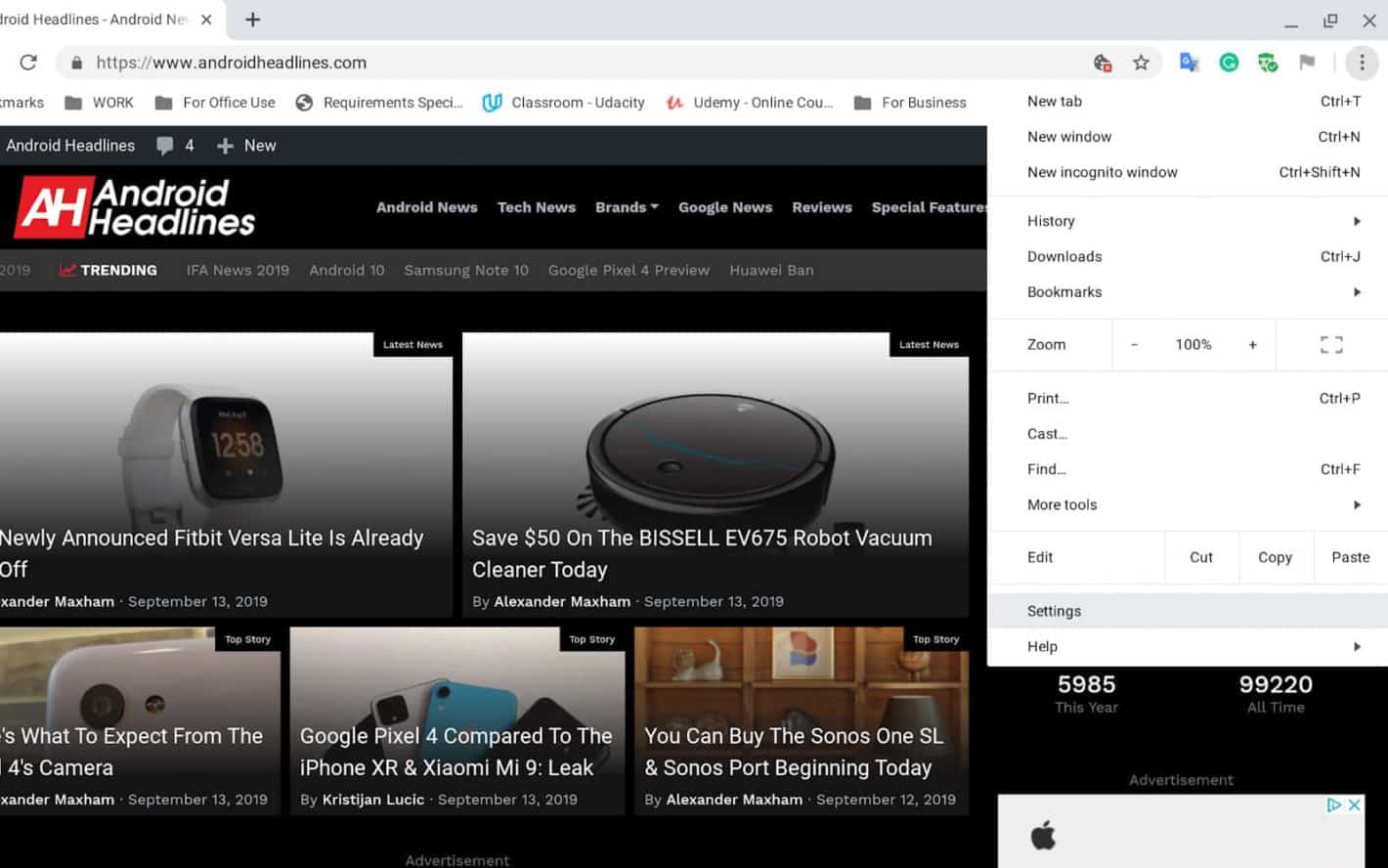 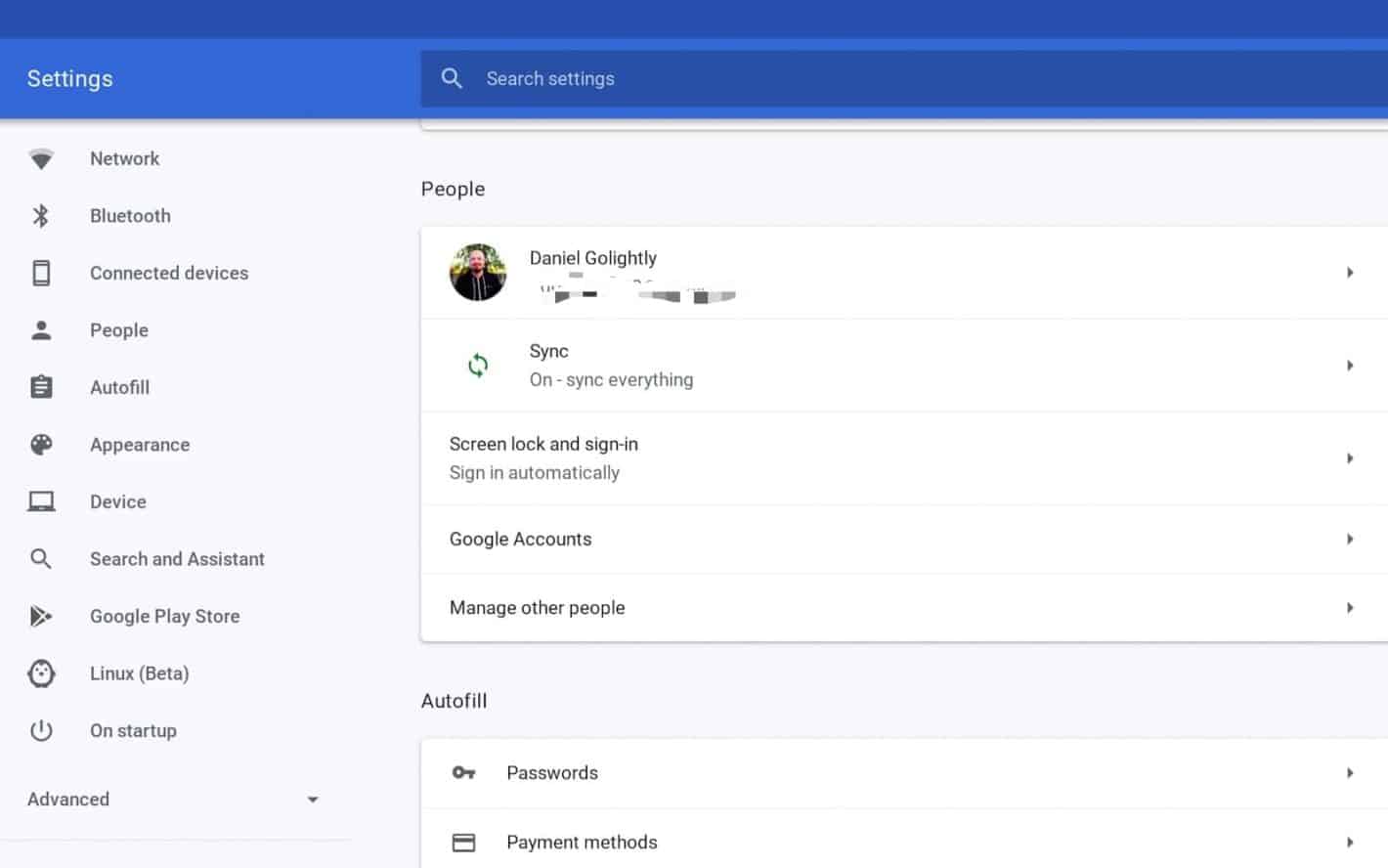 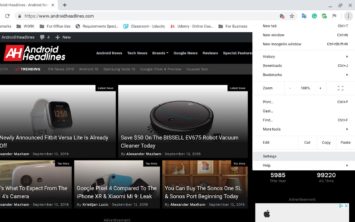 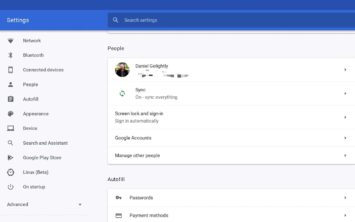 Send Pages From & To Desktop Chrome or Chrome OS

Traditional desktop platforms were the first to see the widespread rollout of page and tab sharing in Chrome. So that’s where this guide will start. We’re using Chrome OS for this example but the process should be the same across Linux, Windows, and on macOS — once the feature lands on the latter platform.

Google has tucked its feature in several places across platforms. On desktop Chrome or in Chrome OS on Chromebooks, the feature is hidden in plain sight. After navigating to the site that needs to be shared, users simply need to click on the URL Omnibox. A new icon will appear, shaped like a phone set to the right and in front of a laptop.

Hovering over that with the mouse will bring forward a hint that reads “Send this page.”

Clicking the icon will bring up a list of devices that are signed in and syncing. Tapping any of those will send a notification to the device in question, which links over to the page that’s been sent.

When a page is received on desktop platforms, a notification will appear via the native method. So, on Chromebooks, that’ll appear just above the shelf above the clock. 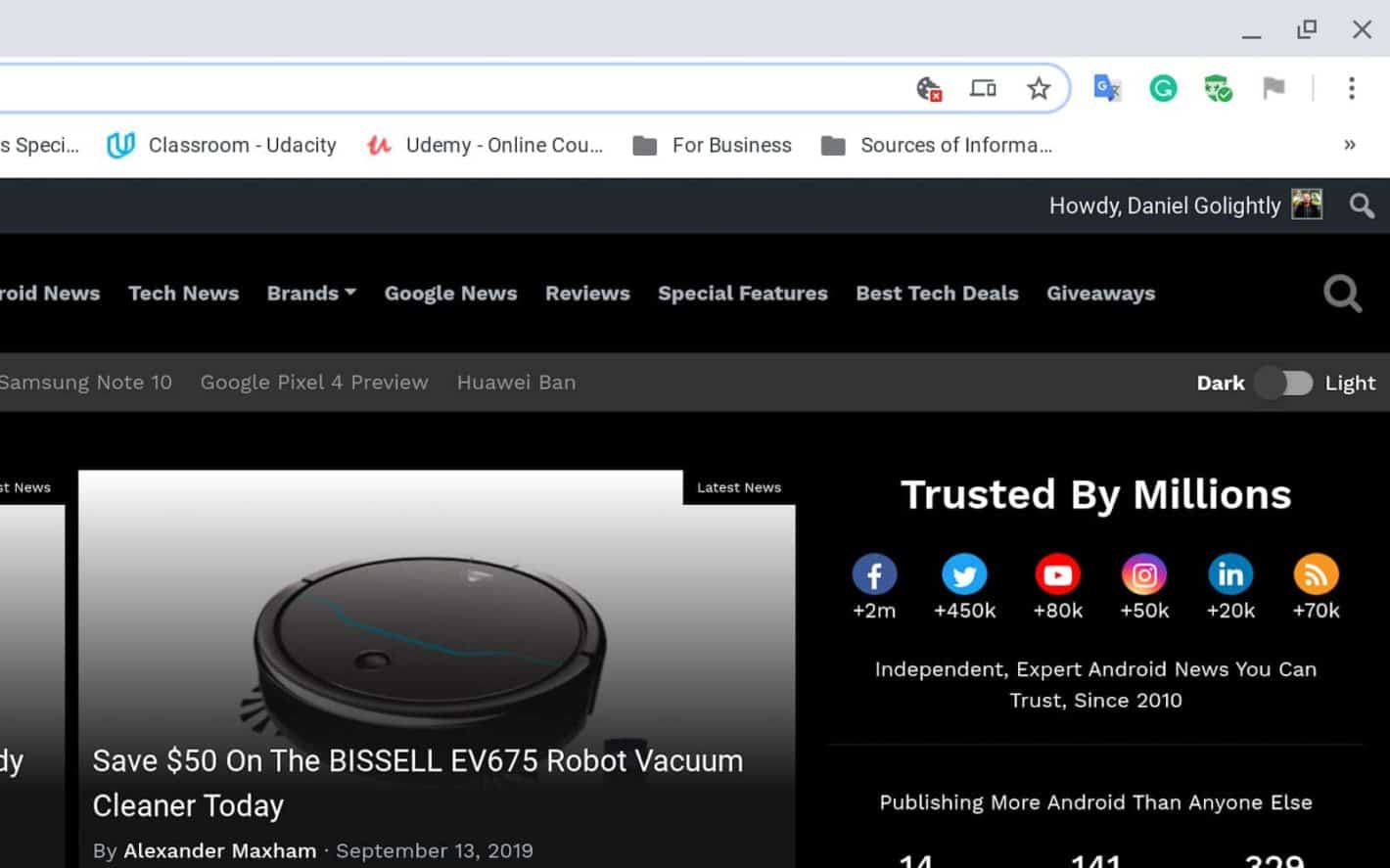 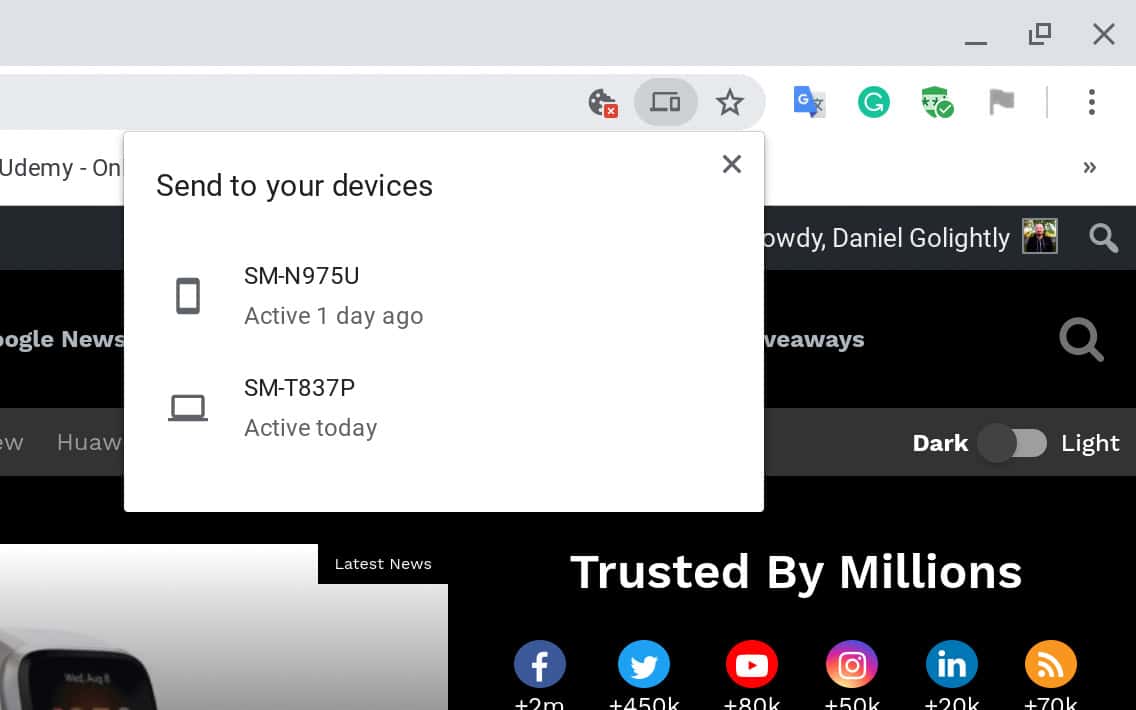 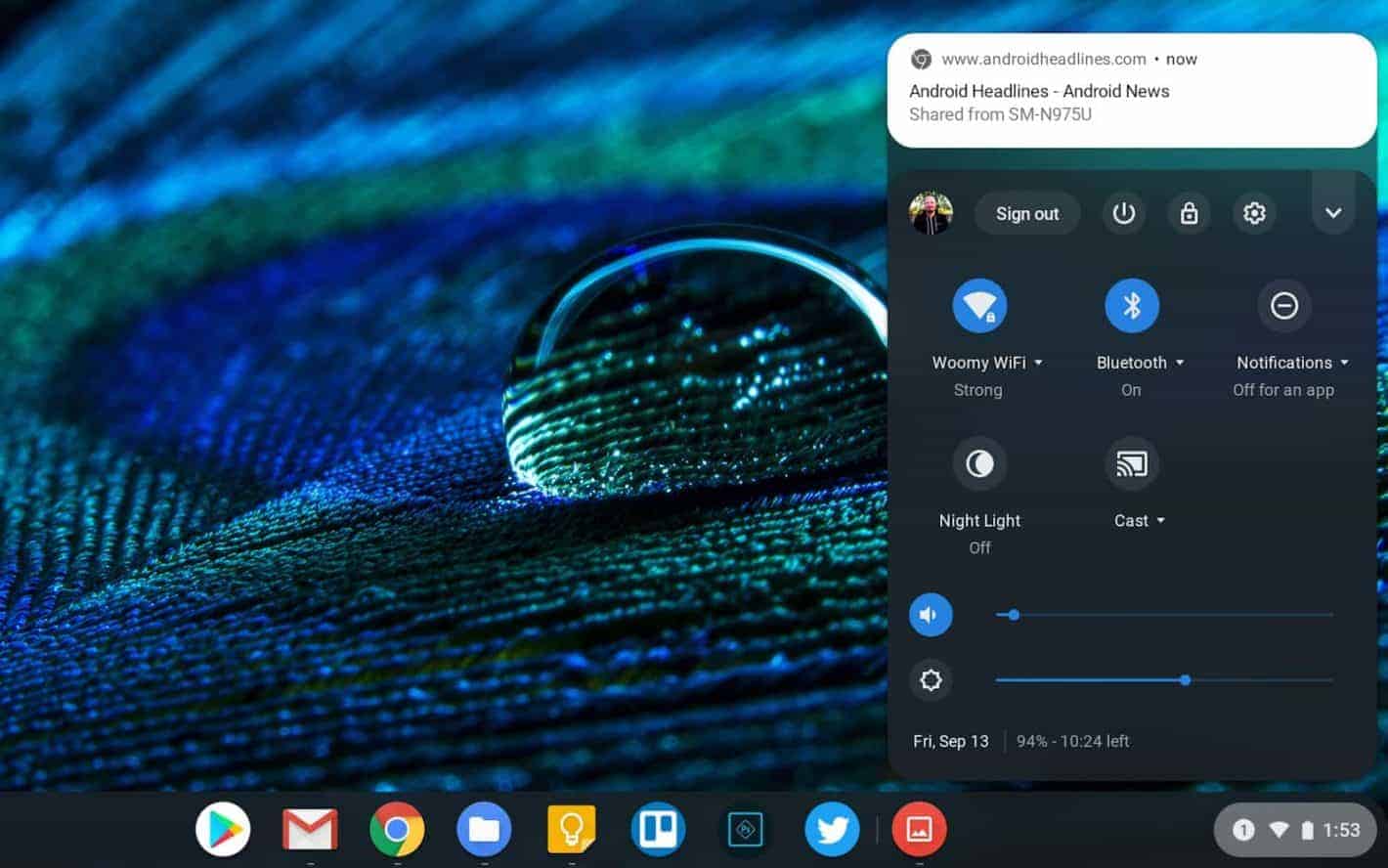 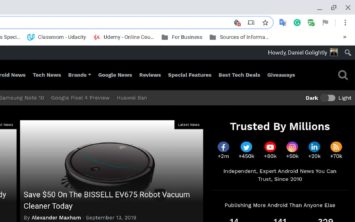 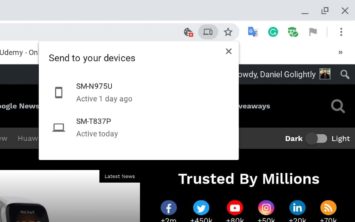 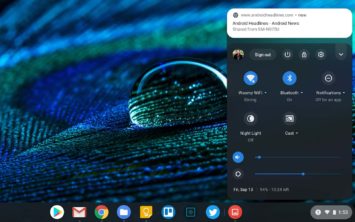 Sending From & To Android Chrome

The process to send or receive pages on Android works using the native Android sharing system. So instead of clicking on the Omnibox, users will need to click the three-dot menu at the top-right-hand side of the UI. Within that menu, the option to “Share…” will need to be selected.

Once tapped, the native Android Sharing menu will crop up filled with options for sharing the page. Among those, there will be a Chrome icon that Google labels “Send to your devices.”

A quick tap on that will call forward a similar menu to what’s seen in desktop Chrome. That will be a list populated by syncing devices. A final click or tap on the desired option will send forward the link-enabled notification to the receiving device.

As with other platforms, when an Android phone or tablet receives a page sent from another device or platform the notification will be native. On Android, that means it will appear in the notification shade as a notification from Chrome itself. That also shows what site was sent and page details on all platforms. Clicking on that will load up the sent page.