When looking into financial technology and its capabilities, there is no denying that this has grown substantially in recent years as technological advancements have been made. But with the recent integration of Google and Samsung Pay, how can software further the development of fintech technology as a whole? In this article, we will be looking into how Android has helped to increase security and make payments on the go easier than ever.

As the use of a mobile phone steadily continues to rise so to do the capabilities of the technology that we are all frequently using. Not only have we seen the development of complex apps with AR capability, but we are also seeing an increase in the number of fintech apps available to the wider audience. Whether this is an increase in the number of mobile-first banks or the development of a full fintech guide, the mobile era has updated and sped up a number of processes we use on a day to day basis and provided us with more information than ever before.

Changes To The Banking Industry 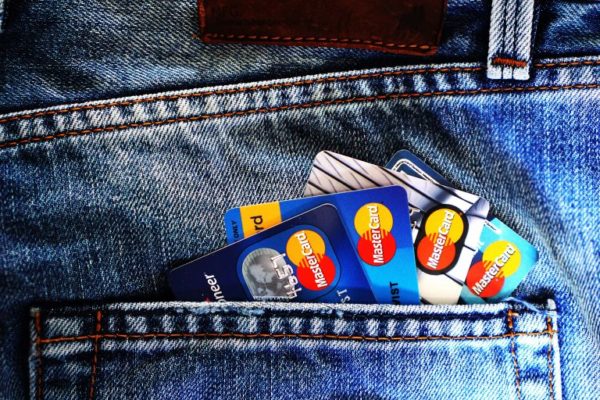 This mobile era has bought about changes in multiple industries in recent years, but one of the most significant changes has been to the banking industry. In addition to providing physical banks for you to visit, they have had to provide users with a secure way to bank from their phones. With reports showing the top 5 mobile banking apps, there is a wide audience that relies on their mobile phones for making transactions every single day.

In addition to the reliance on mobile banking, there has also been an increase in the number of mobile-first banks with companies such as Monzo and Starling allowing many to take back control of their finances. But are they the same as traditional banks? The simple answer is yes. Mobile banks on all mobile devices are both regulated by the Financial Conduct Authority (FCA).

Mobile-first banks are gaining in popularity with a number of established business providing a community experience with a designated team to help people control their finances with on-demand tracking of spending. They not only give you the ability to create custom savings accounts, but they also provide a responsive community page to answer any questions that may need answering.

This company along with many others just like it have become strong competitors to traditional mobile banking as people are turning to this new way of banking for on the go updates about their money and the ability to make transactions quickly. This is particularly prominent in the heart of London and other major cities as it is designed to keep up with the fast-paced nature of both national and international transactions.

Though there have been significant changes to the software that is available on the market there have been a number of software updates from leading Android and IOS developers to make online banking more secure than ever.

Android has recently rolled out their 9.0 pie update on latest android devices such as the Samsung Galaxy S10 and S10+ with a number of built-in safety features such as an iris scanner, facial recognition and fingerprint scanner for added security. Whether this is to authenticate payment on third-party software or use the internal Samsung pay application.

In addition to these security features Android 9.0 also contains a number of other security features to ensure that your personal data is kept away from prying eyes. Android has also implemented a two-factor authentication process that works to protect your phone with an additional layer of security. This has helped to further revolutionize mobile banking as it has become more secure than the traditional security questions of years past.

The final way that Android devices have revolutionized Fintech and its integration in our lives are through Google and Apple Pay. This is a streamlined process on android devices that allows users to complete the following tasks:

Though the ability to send money to friends and family is only in the US at this time, there is a possibility that it will be expanded into Europe and other parts of the world in the coming years. This has revolutionized the possibilities of financial tech as all payments that are made are saved within the Google pay app for you to track and manage. This is then fully integrated with an existing Google account alongside other key data such as Google home settings to give you a fully integrated experience within the Google Wallet system that was implemented in 2011.

Since the implementation of this software in May of 2016 there are now on average 8.3 million payments being made on mobile in the UK. Though this is an increase from 7.2 million people in 2018, it is important to note that this is still less than half of the population.

Though this is set to continue to increase in the coming years, the ULK is still behind when it comes to the full integration of mobile payments when compared to contactless credit cards with an average of 1 in 10 people opting for a completely cashless lifestyle. However, this resistance to mobile banking could be in part down to a generational difference with many opting for a traditional bank to look after their finances as they are less digitally aware than younger generations. Despite this generational difference, the world of mobile banking is continuing to grow and provide new experiences to users.

Regardless of your stance on mobile banking and the full integration of our mobile devices into every aspect of our lives, there is no denying that mobile banking is looking to be the future as mobile-first banks and other forms of mobile finances are continuing to experience a rapid increase in popularity and shows no sign of slowing down.