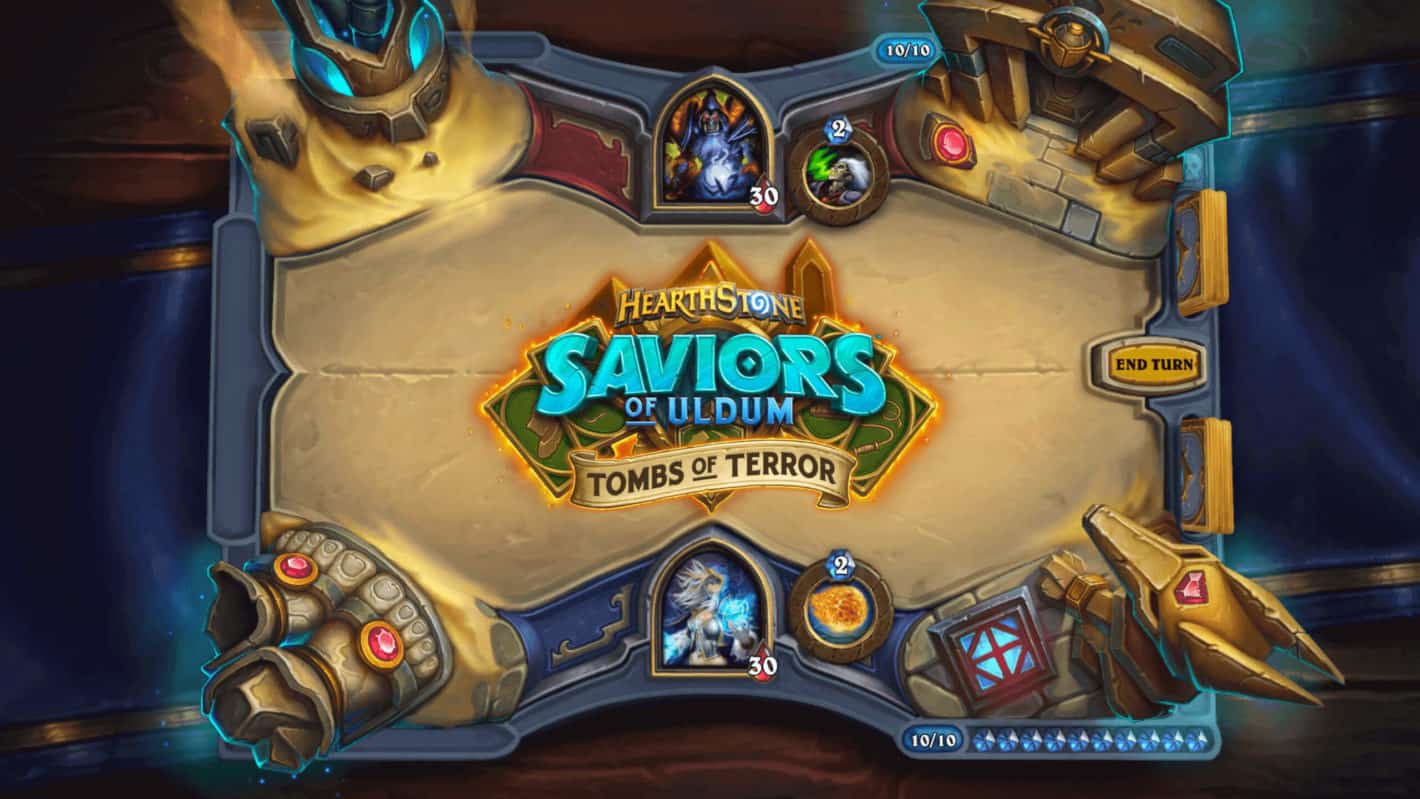 Gather your best decks and head into the depths of horrors untold, because Tombs of Terror chapters 1 & 2 are now live for players.

The latest story content for Hearthstone will bring multiple adventure chapters to the table. Starting with the first two as of today.

Remember, the very first chapter of the Tombs of Terror is completely free.

This means you can play it without having to spend a dime if you didn't already pre-purchase the adventure bundle. Once you finish chapter 1 and want to continue on to chapter 2, you'll need to cough up $6.99 per chapter.

The bundle will also still be available for $14.99, and that will give you every chapter. Unreleased chapters will obviously be inaccessible until they unlock over the coming weeks.

If all that sounds nice but you don't want to spend any real cash, you can buy the chapters at 700 gold a piece. If you choose this method though, it could cost you more in the long run.

The latest adventure for Hearthstone will feature familiar locations for its chapters, as is custom, since this is a game based on World of Warcraft lore.

The location for the first chapter will take place in the Lost City of Tol'vir, which WoW players may remember as a new area from the Cataclysm expansion.

Here players will take on the Plague Lord of Murlocs, and have the chance to acquire and use a special "Surprise! Murlocs!" card that will summon a random number of murlocs onto the board. These murlocs will be under your command, so use them as you will.

In chapter 2 players will travel to the Scorching Dunes, and face the Plague Lord of Madness. To keep with the theme, minions played on the board in this chapter will go mad at the end of each player's turn, and will attack a random enemy.

Plague Lords in each chapter also have huge pools of persistent health. This means it may be difficult to defeat them on your first try. Should you fall though, you'll pick up at the spot your died and the boss health will be down to where it was on your last encounter.

In addition to the new boss fights, players will gain access to dual-class heroes in this adventure, as well as powerful signature treasures. These can only be acquired by either defeating bosses during your runs, or completing challenges within those runs.