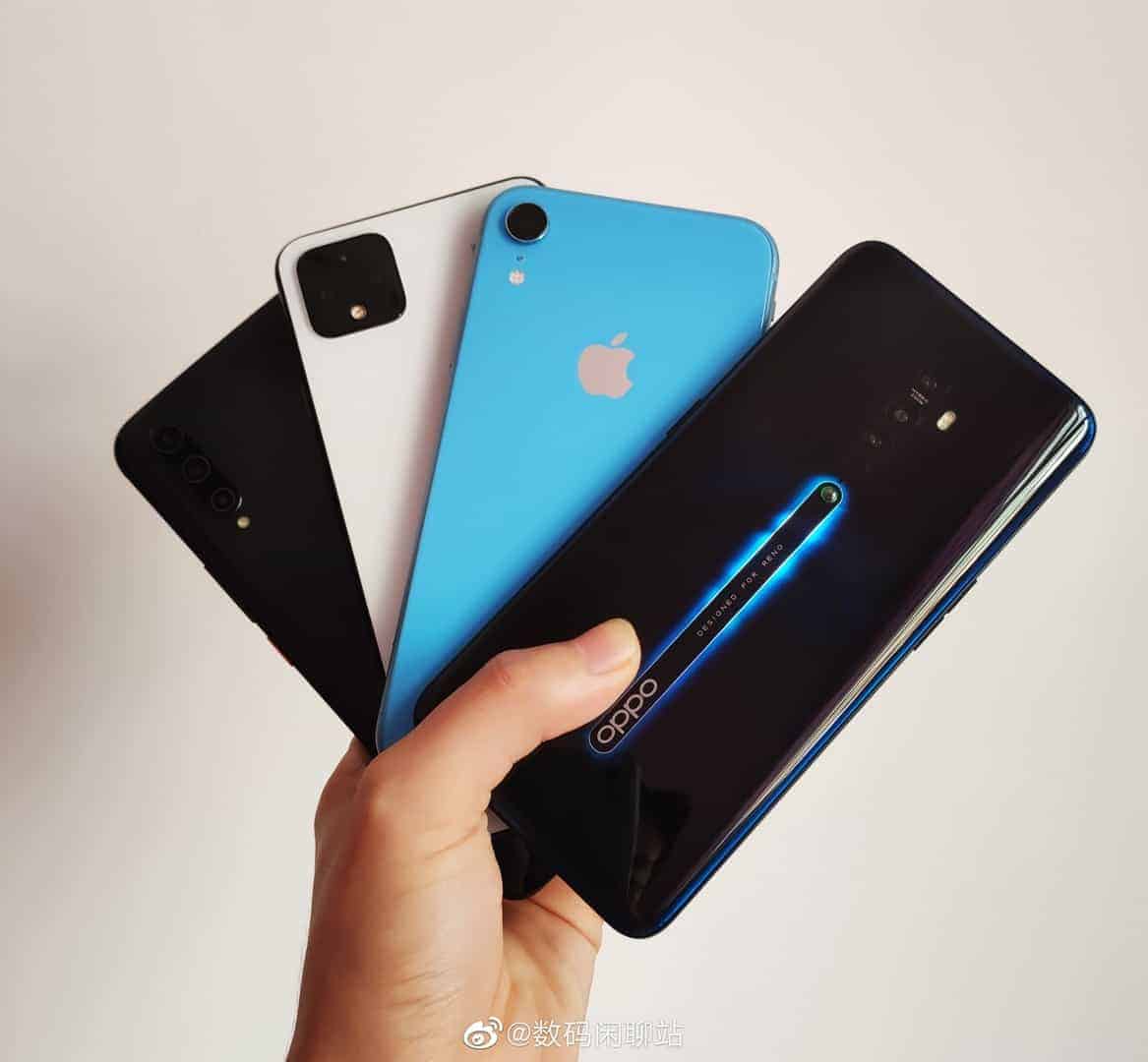 The Google Pixel 4 and Pixel 4 XL leaks have been popping all over the Internet. The latest one appeared in the form of an image, and it sees the Pixel 4 compared to several phones.

One of those phones is the iPhone XR, while the other two are the Xiaomi Mi 9, and OPPO Reno 2. If you take a look at the provided image, you will see all of these phones posing one next to the other. So, you can essentially see the Pixel 4 compared to all of these

Google Pixel 4 compared in one image, shown in six additional ones

That's not the only image that appeared as part of this leak, though. Seven images surfaced, in total, but only this one stacks the Pixel 4 next to other phones. The other five give us a really good look at the Pixel 4, from both front and back. One of the images even shows the phone's bottom part.

Thanks to this leak, you can clearly see that the Pixel 4's "forehead" is thicker than its "chin". The phone's bezels are quite thin overall, though.

This is the black and white model of the phone, some will refer to it as the "panda edition" or "stormtrooper edition", for sure. The phone's back side is white-colored, while the frame is black. The phone's rear camera setup is also black-colored, as is its front side.

The company's logo is placed on the back of the phone as well. You will notice three cameras in the top-left corner of the phone's back side, along with an LED flash. That whole camera setup does protrude a bit on the back.

The phone's corners are curved, as are the corners of the phone's display. One of these images confirms that a 3.5mm headphone jack will not be included, at least not on the bottom. Two sets of speakers grills are placed there, along with a Type-C USB port.

Google's upcoming flagships will look identical, but will differ in size

The Google Pixel 4 and Pixel 4 XL will look identical, according to leaks. The Pixel 4 will be smaller, but the design will not be changed at all.

You can expect to see at least 6GB of RAM included on these two devices. There is a chance Google may introduce several variants, though. Some of those variants may include more RAM.

Leaks have been suggesting that one of the cameras on the back of the phone will include a 12.2-megapixel sensor. We also know that two selfie cameras will also be included in the package.

The Google Pixel 4 and Pixel 4 XL are expected to arrive next month. One of the leaked renders suggested October 15 may be the date, but nothing has been confirmed just yet.