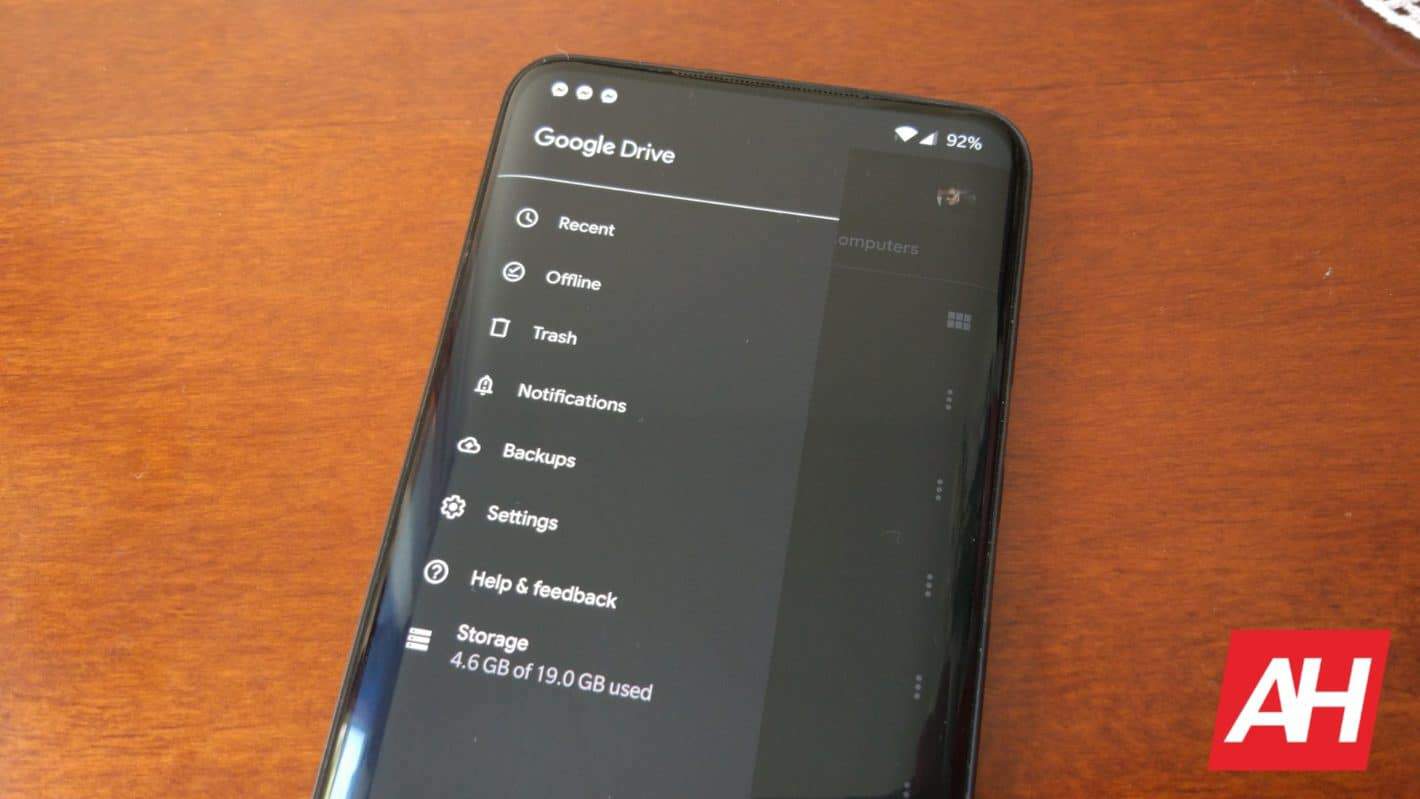 Yet another Google application has received the dark theme treatment, Google Drive. We’re talking about an official feature now, a manual switch that you can find in the app’s settings.

Some users have been rocking’ the dark theme in Google Drive for a while now, though. Automatic dark theme (based on general settings) had started appearing for some users back in April. It did the same for me, but it went away less than 24 hours after that.

This manual switch is now available in Google Drive, presuming you have the right version of the app. The update is available to everyone, not just those of you who are running Android 10.

Activating dark mode is quite simple

In order to activate it, all you have to do is open the app, and then hit the hamburger menu in the top-left corner. There, hit the “Settings” option, and you will be able to see the “Choose theme” menu there.

From that menu, you can select Dark, Light, or Set by Battery Saver options. The first two are self-explanatory, while the third one means that the dark theme will activate when your battery-saving mode is on.

Once you activate the dark theme option, your background will switch from white to dark gray. That is the same setup that Google has implemented in a number of its other applications.

White and softer blue colors are used for text and other accents throughout the app. The home feed will remain quite bright, mainly due to document previews, but that was to be expected.

This dark theme should be available with Google Drive v2.19.332.01.40 or later. It has been released after Google announced Android 10 rollout for Pixel devices.

Google Drive follows a number of other Google-made apps

Google has been releasing dark themes to its apps for quite some time now. The company released the dark theme for YouTube, (Android) Messages), Calendar, Contacts, Snapseed, Chrome, and a number of other applications.

One app that has been highly-requested to get a dark theme is Gmail, but that option still did not arrive. It is available for the Gmail widget, though, which suggest that a full dark theme for that app will come soon as well.

The Google Play Store will also get the dark theme treatment in the near future, at least according to some info that surfaced not long ago.

Google is slowly, but surely, making this transition, as it’s trying to battle predominantly white design in Android 10. Dark theme also saves battery on OLED displays, so that’s a benefit of its own.