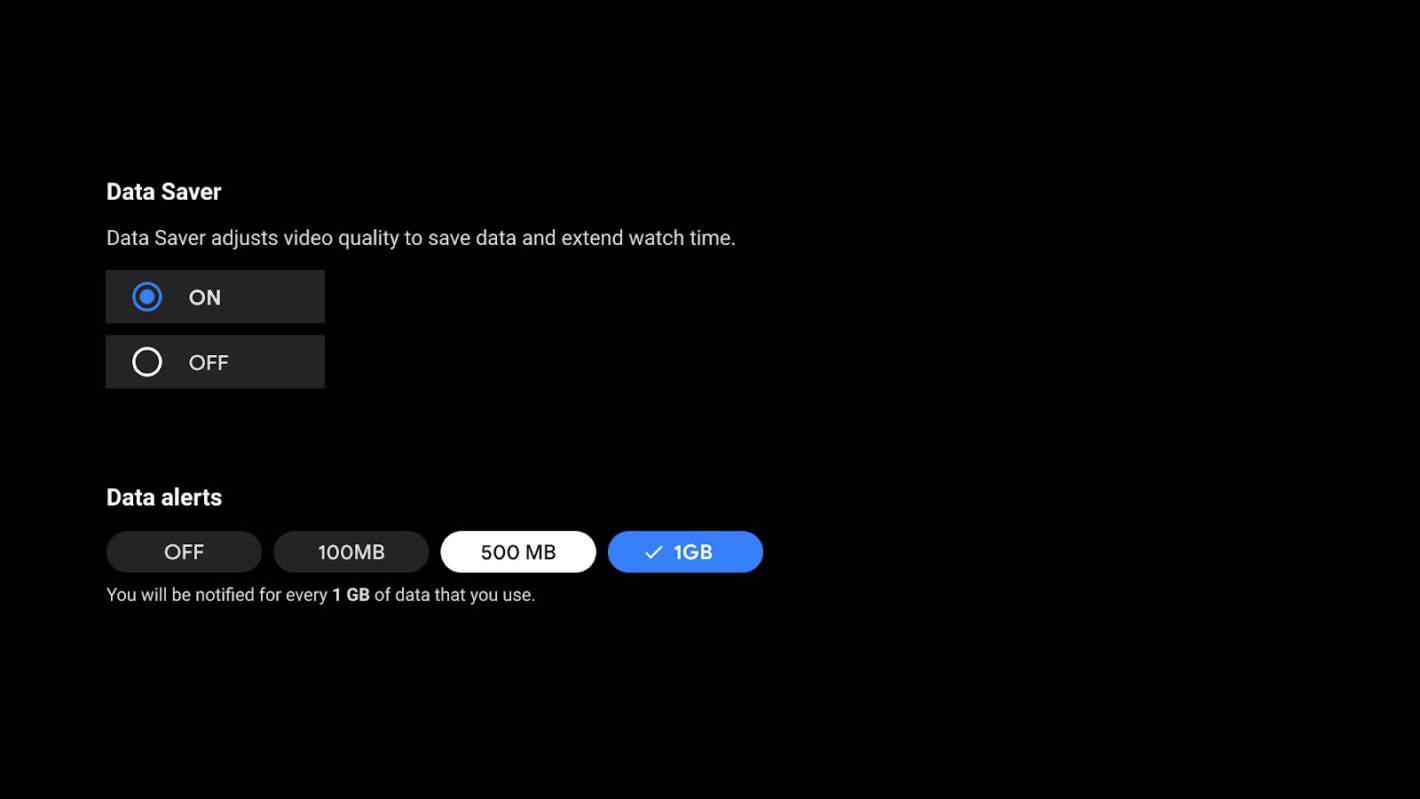 The feature will first launch in India before rolling out to more countries. No firm details were provided on when the feature will become available outside of India.

When the data saving features go live in India (in the coming weeks), they’ll arrive on Xiaomi, TCL and MarQ by Flipkart Android TV devices first.

This is only one of a few data-related features confirmed en route to Android TV.

Saving your TV from eating your data

The idea behind these new features is to limit the amount of data a TV consumes when in use. Although this won’t actually reduce data consumption without affecting the experience. For example, enabling Data Saver automatically adjusts the video quality.

Google argues Data Saver can reduce consumption enough to result in three times the amount of watch time for the same amount of data.

The new Android TV setting will also include a section for data alerts. Once enable, Android TV users receive alerts each time a set amount of data is consumed.

As shown in the image below, these alerts will be displayed directly on the TV.

In principle, this should allow users to track of how many data GBs are being consumed while watching.

In addition, users will now also be able to cast videos from the Files Android app on a smartphone to an Android TV device. As long as those videos are local files, they can be cast without consuming any data at all.

While many users might not be as concerned about how much data their TV consumes, Google points to the fact that home internet is not available everywhere. Due to this, customers without home internet are often forced to access online TV content by using their mobile phone as a hotspot.

In these instances, it is the mobile data that’s being used and as is often the case with mobile data plans, video can consume data very quickly. For those not on an unlimited plan, this can prove to be a real issue. It is for those Android TV users where Google sees the real value of these new features.

As part of the same rollout, Google is also releasing a new hotspot guide. To help Android TV users properly set up an Android TV device with a mobile hotspot.