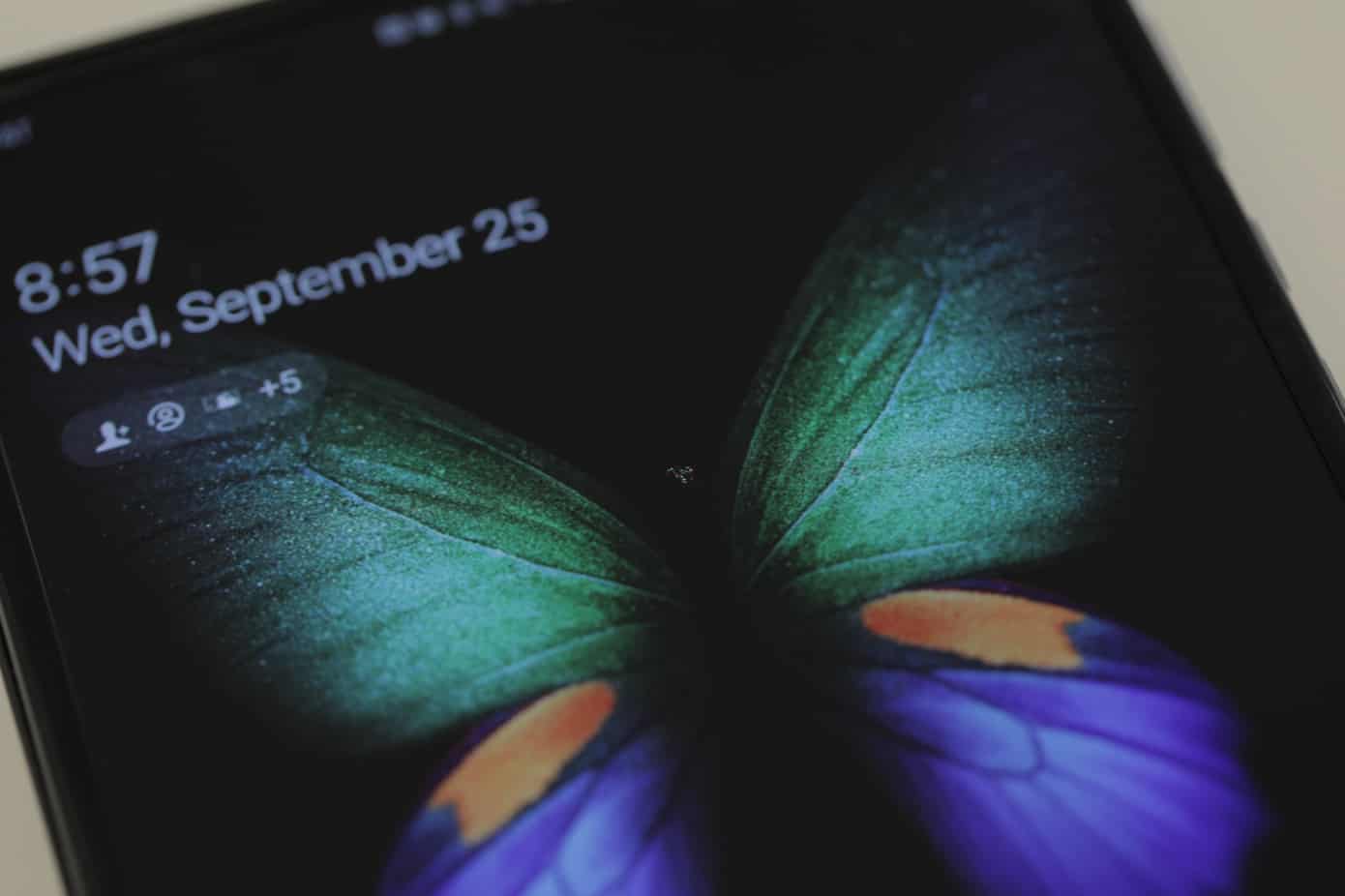 It's the nightmare that won't end for Samsung's PR. The Galaxy Fold is broken once again. As expected, it's the display on the Galaxy Fold that's causing them issues.

Brian Heater, from TechCrunch noted this morning on the publication that his Galaxy Fold was broken, after a little over 24 hours with it in hand.

That's less time than it took for the Galaxy Folds to start breaking in the first round, back in April.

The good news though, it doesn't seem be a huge issue, and it's not making the Galaxy Fold unusable, so that should make Samsung a bit less upset.

There's blob in the middle of the screen

As Heater explains in his article, he pulled out the device while standing in line and noticed a colorful blob on the screen, in the center. It's almost on the crease.

Now, when it comes to foldable phones, this is a pretty small issue. Considering the issues before with the Galaxy Fold was people removing the screen protector that keeps the phone working, and others getting debris under the display.

While it still works, that's still not a promising sign of things to come. 27 hours in, and there's already a blob. Just imagine how it'll look in a week or even a month.

He also mentions that it was not dropped in water or onto concrete. Samsung does make extra care to note that this is not a rugged phone and it is also not waterproof, unlike the Galaxy Note 10. Which is why that part matters. As it would be easy for water to get under the display and cause this issue.

The Galaxy Fold is due to go on sale tomorrow, again

The new Galaxy Fold is due to go on sale tomorrow at select Best Buy, AT&T and Samsung Experience stores, for $1,980. And seeing this come out the day before the launch, has got to make Samsung public relations heads spin. It's very similar to what happened in April.

As of right now, Samsung has not made any comment about whether they will go ahead with the launch or not. But it does seem to be an isolated incident, as others with the device haven't reported any issues, just yet.

Though, as we saw in round one, that could be coming later today.

The Galaxy Fold isn't a smartphone that's meant for everyone. That's quite clear by the $1,980 price tag – the cost of two phones, essentially. It's also a first-generation product in every sense of the word. So if you are looking to get the Galaxy Fold, you'll want to make sure you have that kind of cash to throw away. And that's a lot of disposable income for a phone.