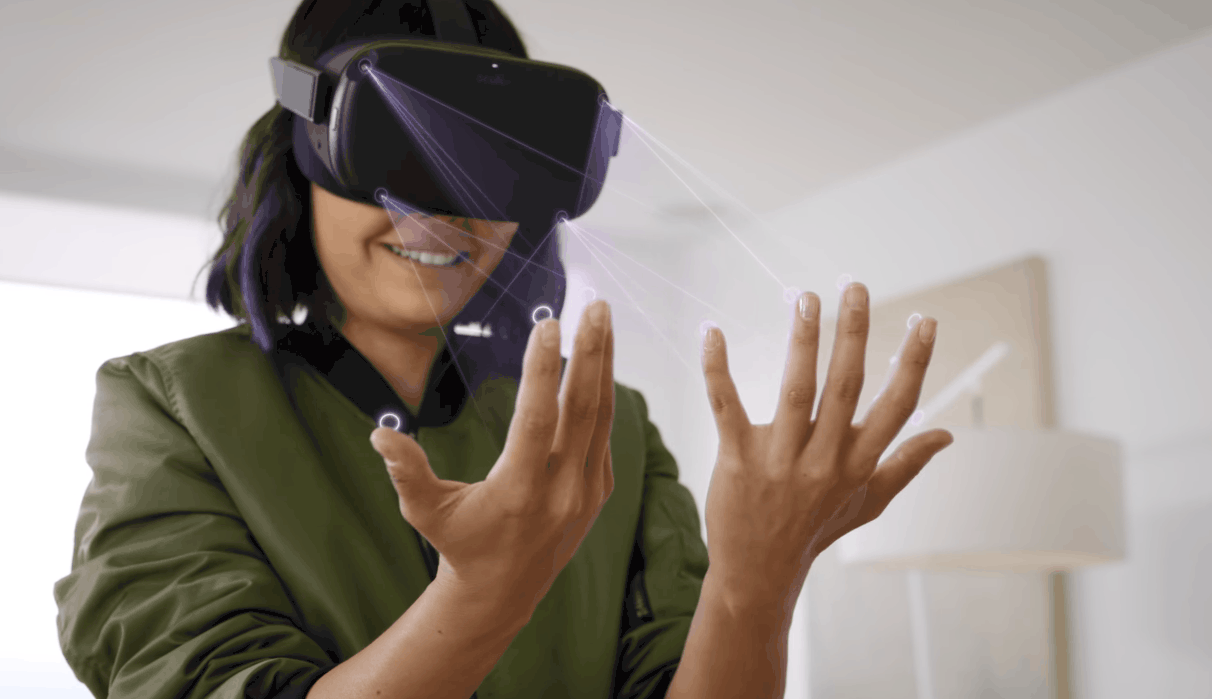 Facebook said this summer that Oculus Quest would be the end of first-generation VR. That appears to be the case, as Facebook is bringing hand tracking to Oculus Quest in 2020.

Facebook says that the need to bring hand tracking to VR stems from not only the need for new experiences in virtual reality and to keep pushing boundaries, but also to break down barriers to virtual reality, as it will “also reduce the barriers of entry to VR for people who may not be familiar or comfortable with gaming controllers,” the company wrote on its own blog post on Wednesday, September 25th.

The Oculus parent company makes a good point about VR. Gaming controllers are like digital cameras in that, with so many buttons and functions, it’s easy to confuse new gamers. Facebook is hoping to get non-gamers as interested in virtual reality as gamers, so much so that there’s little to keep them away and everything to get them involved. The more companies remove barriers to VR gaming adoption, the more consumers will adopt the new platform. Think of the most addictive games you play every day on your smartphone. Those games keep you coming back because they’re easy to play and they “tease” you to keep playing, even when the game is over. That’s the kind of appeal Facebook wants for VR.

How does VR hand tracking work?

Facebook Reality Labs and Oculus have come together to produce the first hand-tracking system that uses only monochrome cameras, according to Facebook. This means that there are no depth cameras involved, no gloves, no other equipment other than hands and the basic camera equipment. Facebook says it used the four cameras on the Oculus Quest headset along with deep learning techniques such as deep neural networks and model-based tracking to produce the hand tracking that will grace Oculus Quest in the future.

Deep neural networks played a role in helping to create a 3D model of human hands and fingers, as they produced a hands pose that was then converted into a 3D model. The 3D model will be used by developers in APIs to bring hand tracking to all VR games on the Oculus platform.

Once the hands were created in 3D, the next step Facebook says was to actually have motion tracking of the hands, achieved by way of a neural network framework that enables real-time hand tracking. Combine the 3D hands model and real-time hand tracking and you get gaming with a truly virtual yet real look. In gaming, real-time hand tracking will allow you to tap the air when selecting an option, or zoom in or out to pause a movie, and so on. It appears as though Google is trying to bring to its upcoming Pixel 4 series with its Soli Motion Sense chip what Facebook and Oculus are doing for VR gaming.

Facebook announced the arrival of the Oculus Quest for the world market back on September 26, 2018 at its Oculus Connect VR Developers Conference featuring two 1,600 x 1,400p resolution panels, two Touch controllers, four ultra-wide angle sensors and AI for motion tracking, and 64GB of storage for $399. Since its launch in 2018, Facebook has given the Quest Bluetooth keyboard support, tracking improvements, cloud saves, and Vulkan graphics support.