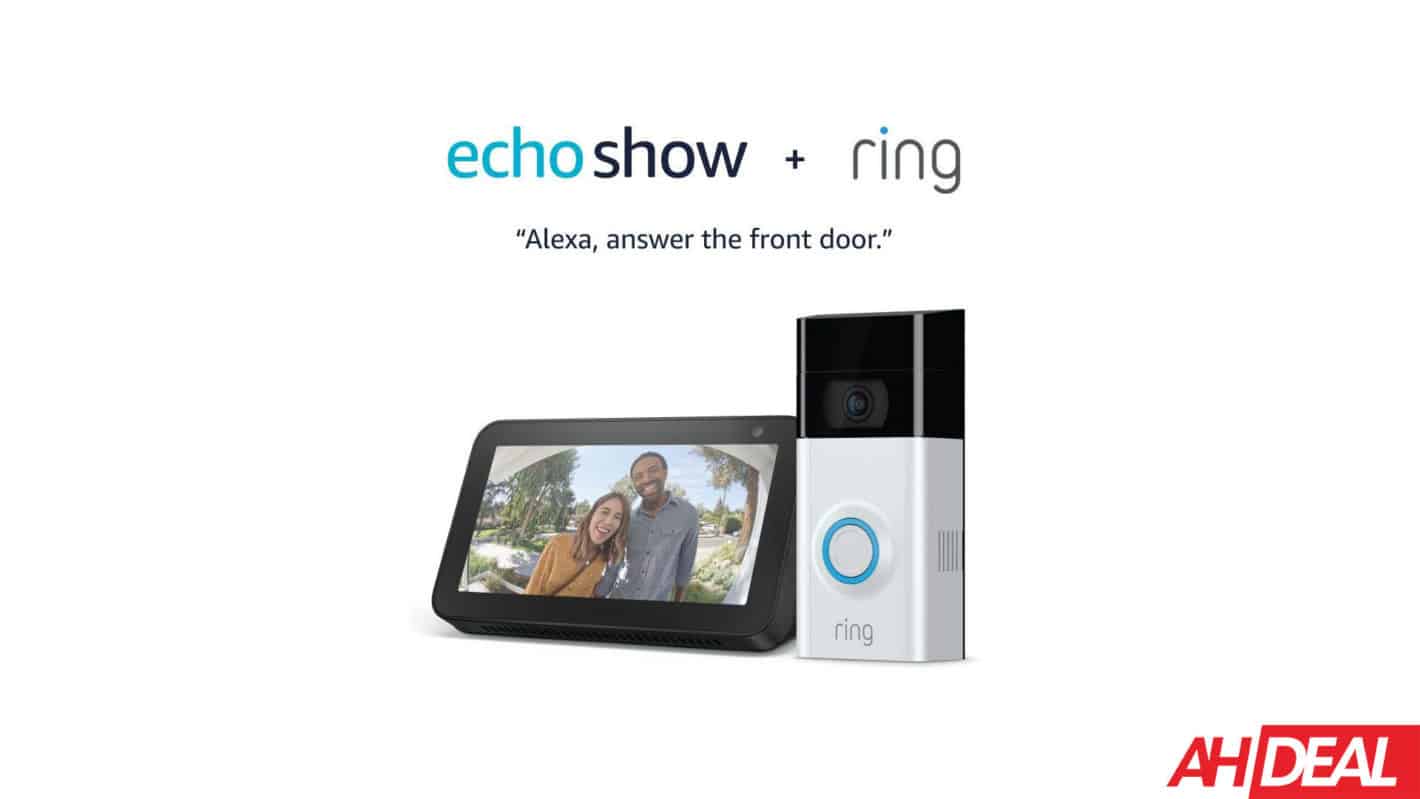 Amazon is offering up some sweet savings for Prime members right now, allowing them to bundle the Echo Show 5 and the Ring Video Doorbell 2 for just $159. That is good for nearly half off of the regular price, if you were to buy these both at full price.

If you're not a Prime member, you'll want to sign up for this 30-day free trial here, so you can take advantage of this deal.

The Echo Show 5 is one of Amazon's newer smart displays. It's a smaller smart display, as you can tell by the name. With a 5-inch display, it's meant to go into rooms like the kitchen or the bedroom, where there may not be a whole lot of space.

This would work really well in the kitchen, seeing as you can still use it for recipes, as well as keeping up on the news every morning.

Then there is the Ring Video Doorbell 2. This is a video doorbell that will allow you to see who is at the door, even if they don't ring the doorbell. Which is a really useful feature. As you'll be able to catch those package thieves, definitely a good feature to have here.

Ring Video Doorbell 2 also works with Alexa, because of course it does. So Alexa can tell you when someone is at the door. Though with the Echo Show 5, it can bring up the video stream from your front door onto the display so you can see who's there and talk to them through your Echo Show 5. Which is a really useful feature to have, and makes sense for this Echo Show 5 bundle.

You can pick up this bundle of the Echo Show 5 and the Ring Video Doorbell 2 from Amazon right now by clicking here. It won't be around for long so you'll want to grab it before it's gone.