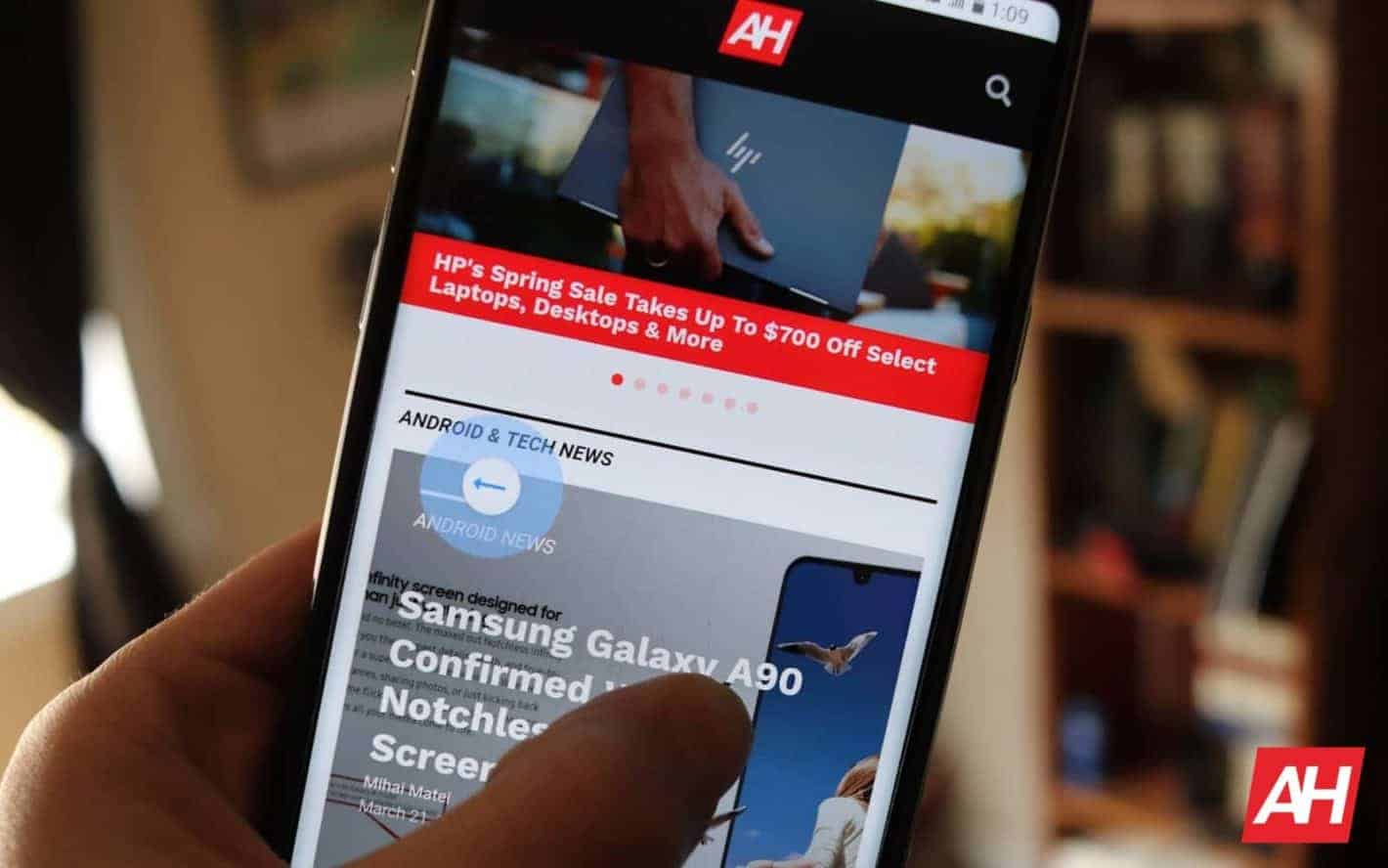 Version 77 of Google’s Chrome browser for Android is now live, delivering at least a few visual and usability changes reported for mobile users. Most of what’s new in the latest browser update from Google has already made an appearance in the desktop update. That released yesterday. But there are still one or two things that appear to be exclusive.

The biggest difference for Android users exclusively is going to be most noticeable for those who frequent the Downloads page. For clarity, that’s the Downloads section accessed via the three-dot menu at the top-right-hand side of the UI. That page no longer has a navigation-based drop-down menu in place after the update. Instead, Google has used a series of Material Design-inspired buttons to sort by Image, Page, and Other file types.

There’s a second tab on that page now too, marked up as an “Articles for you” tab. Presumably, that’s going to house pages and other items stored automatically by Google. A message indicates those will be viewable offline but nothing else is shown on that tab for now and it doesn’t appear complete.

The final big change appears to be the start of testing for Google’s Contact Picker API. That’s a system that allows some details from contacts to be shared directly to a website.

The biggest change with this update from previous versions and from Chrome for desktop is going to be the wider rollout of cross-device sharing features. Namely, a much wider subset of users if not all should now be able to share links and pages between signed-in devices.

Found by tapping the three-dot menu and then the “Share…” option, the feature can share pages across any device where a signed-in account is set to sync. Users simply need to scroll through Android’s native share menu to the “Send to your devices” option. From there, Chrome will present a card with all signed-in devices displayed — along with when that device was last active to alleviate confusion.

Tapping one of those options will result in a notification on the receiving device. That contains a link to the selected page.

Aside from various security and bug fixes, Site Isolation gains a significant improvement from Chrome 77 on Android too. That now protects site resources from cookies to cross-site data even if the user is already on a compromised website. The idea is to protect sensitive information stored in those areas from being accessed across websites. Like the new sharing option, that’s initially going to be limited to “some Android devices” for now.

Rolling out now for mobile, Chrome OS still to come

As is always the case, the update for Android Chrome isn’t going to hit everybody all at once. Google will release the software in waves. So it could take a few days to show up but users can check the Google Play Store just to be sure.

That leaves just one update for Chrome still unreleased. Chrome OS has traditionally received the update with its own tweaks and variations around a week after the update lands for desktop. In this case, it’s presently scheduled to land on September 17. Whether or not that actually happens remains to be seen since Google has slipped by a week or two with its past few updates. 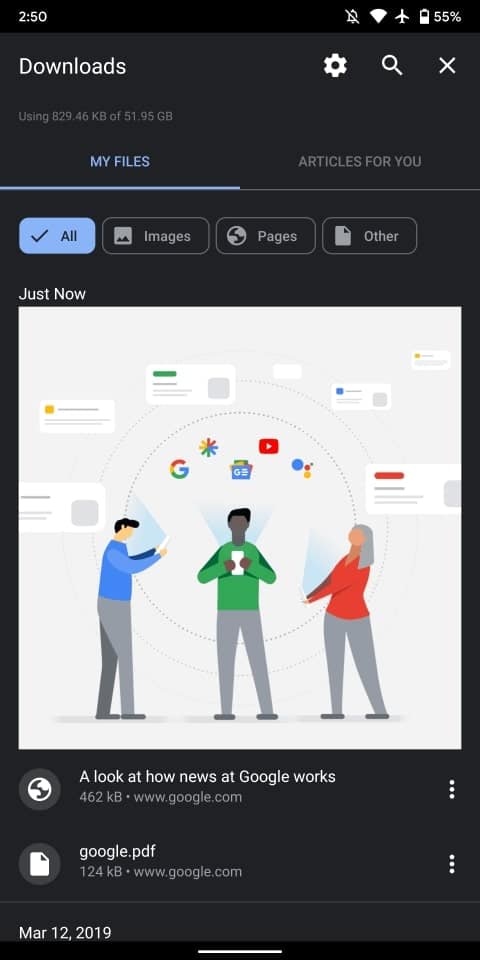 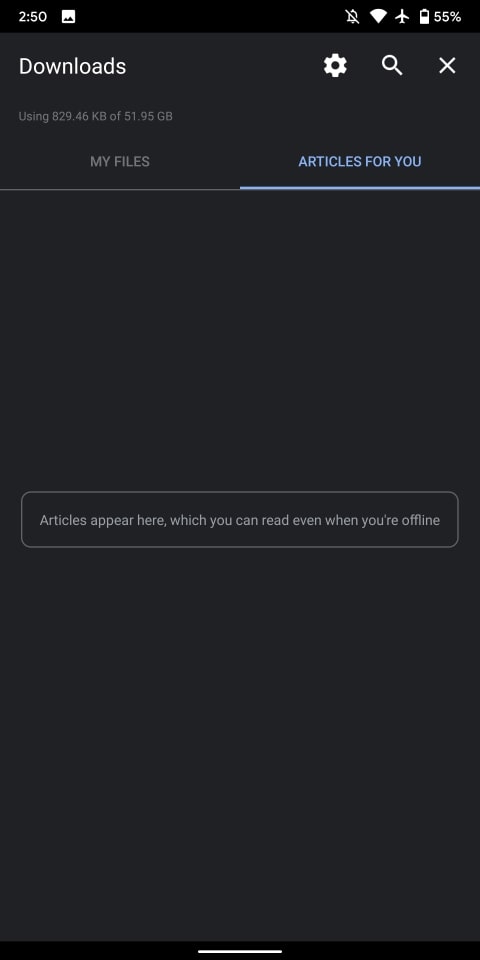 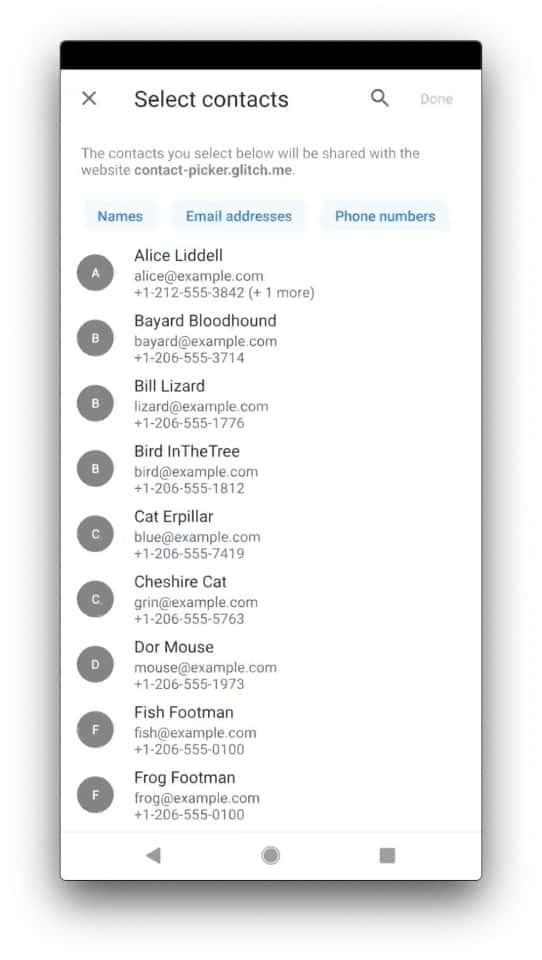 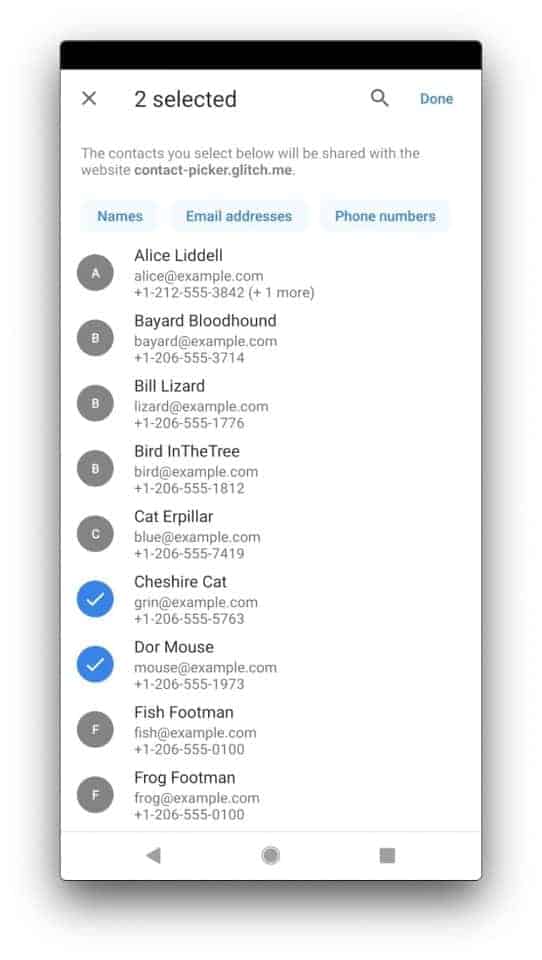 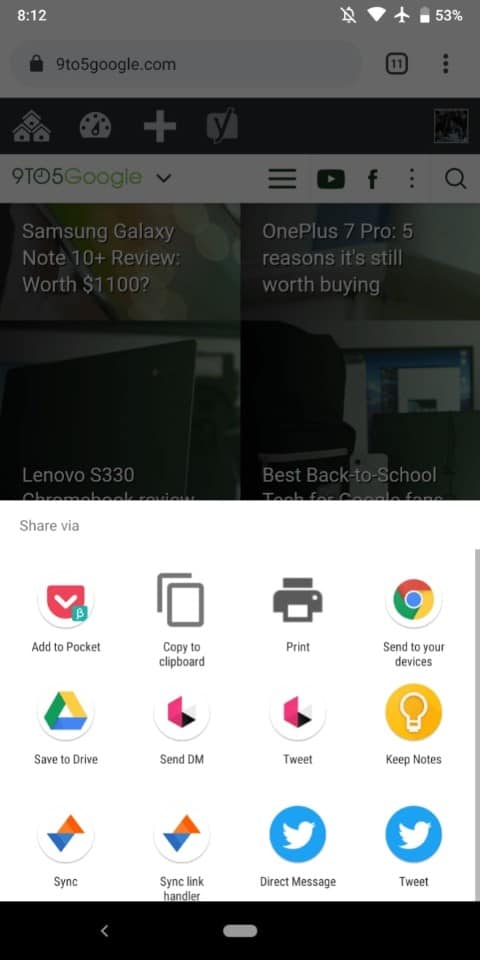 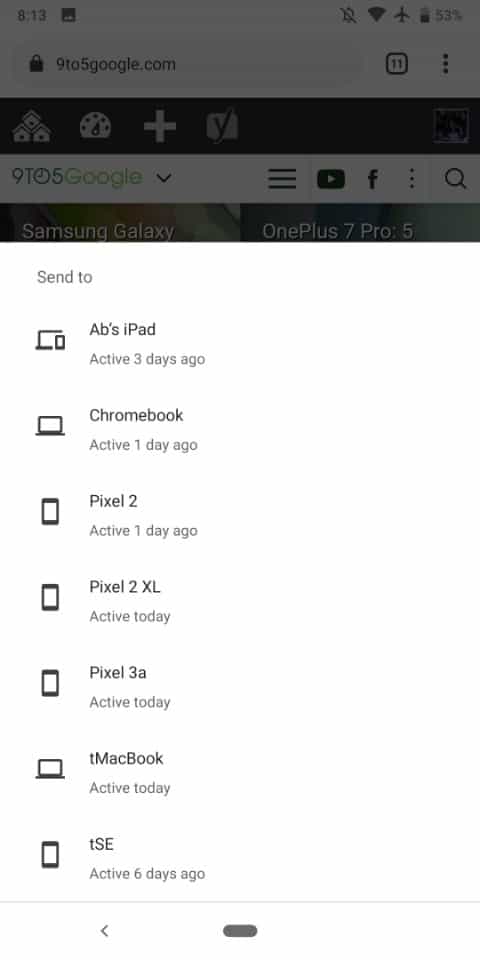 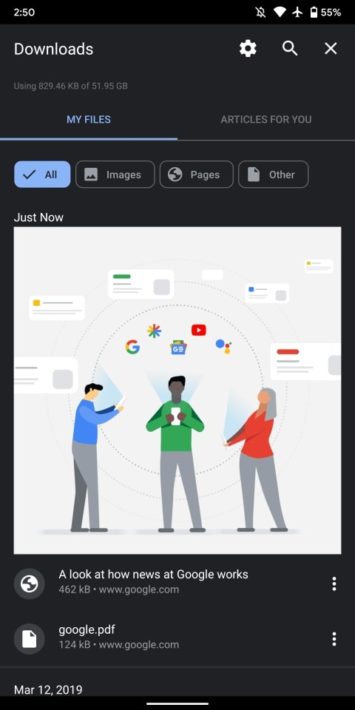 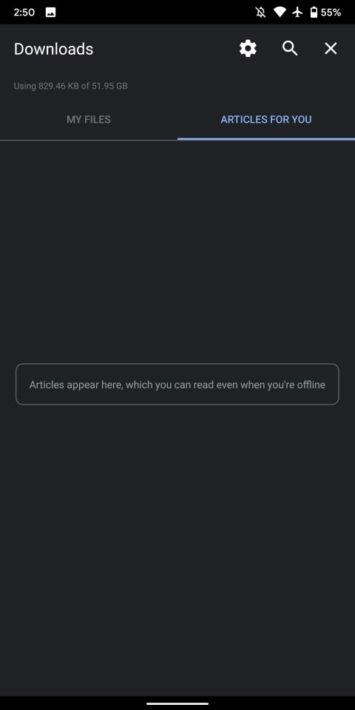 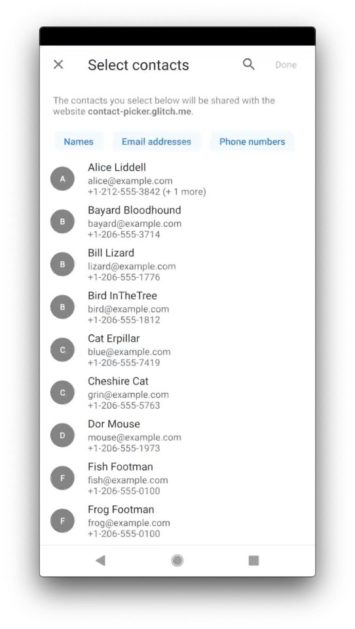 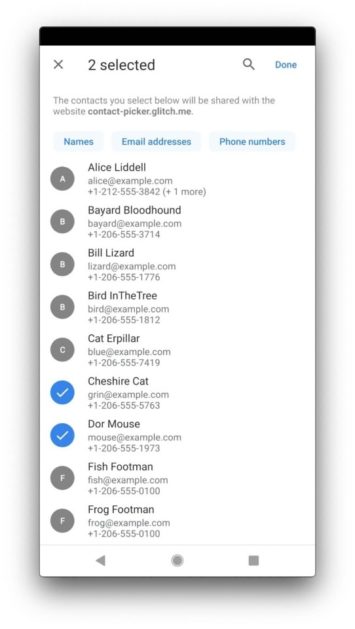 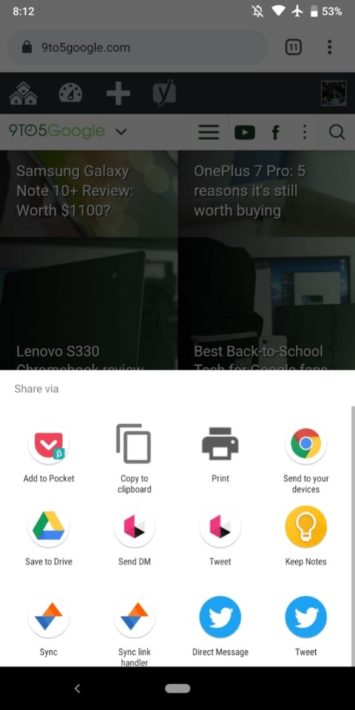 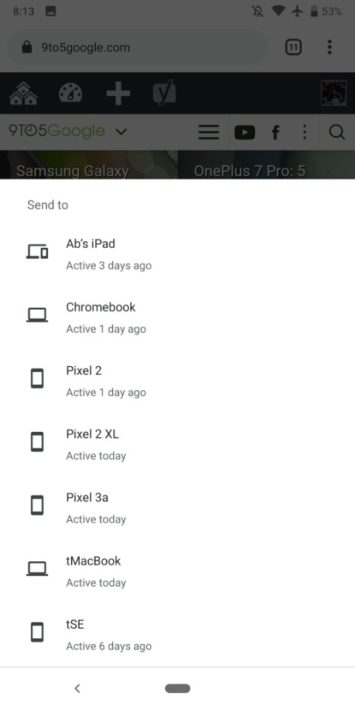