Power & style of the Sony Xperia 1 in a more compact body.

Sony managed to surprise quite a few people when it announced the Xperia 5 at IFA 2019. The surprise would be even more pronounced if the company did not share a teaser for this device prior to IFA, though.

The Xperia 5 consideraby more compact than the Xperia 1

The Sony Xperia 5 is considerably more compact than the Xperia 1, but it’s not tiny, not at all. This is a spiritual successor to the Xperia XZ2 Compact, which was the last truly compact flagship Sony introduced.

The Xperia 5 is not that small, but compared to the Xperia 1. It’s also quite compact compared to almost any other Android flagship. This handset features the same display aspect ratio as its sibling, 21:9, to be exact. That actually helps this phone feel even more compact, in a way, as it’s narrower. Truth be said, it’s a bit taller than you’d think due to that display aspect ratio, but it’s quite usable

The top portion of the phone may not be as easy to reach for some people with one hand. The reason for that is the phone’s display aspect ratio. For most, though, it will be easily achievable.

Pretty much everyone can get a good grip on this phone due to its narrow form factor, despite the fact it’s slippery. The fact it has a flat display also helps, as glass phones with curved displays are a nightmare to hold. 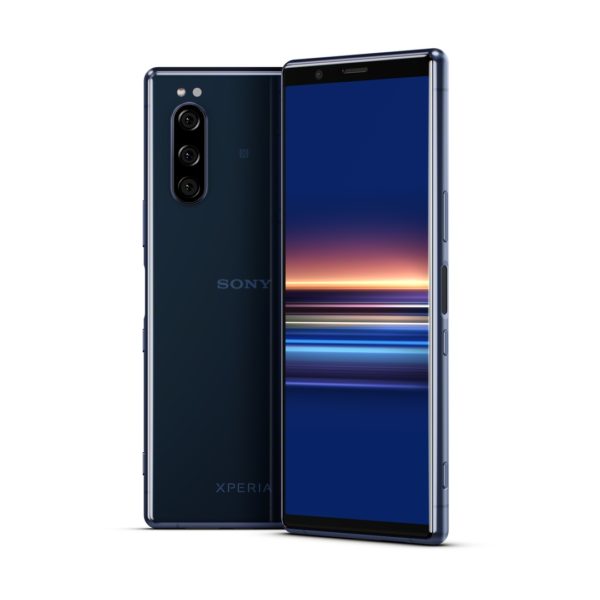 The Xperia 5’s design, overall, is quite compelling. The design is not exactly new, as this phone resembles the Xperia 1 quite a bit. This design still hits the sweet spot, though, at least in our opinion. The Xperia 5 combines glass and metal to make a really nice-looking body, which is understated and beautiful at the same time.

The phone is fueled by the Snapdragon 855, while it comes with 6GB of RAM. It also comes with a gorgeous 6.1-inch OLED Triluminos display with X-Reality engine.

The Xperia 5 is water and dust resistant, while stereo speakers are also a part of the package, boosted by Dolby Atmos sound.

Sony also didn’t want to ruin the camera experience here either, as the Xperia 5 has the exact same camera setup as the Xperia 1. Its three 12-megapixel cameras on the back offer plenty of versatility, while Sony packed in tons of camera-related features in this phone.

All in all, the Sony Xperia 5 is a beastly phone which looks elegant, and is compact enough for one-hand usage. Sony did a great job this time around.