The much-improved Samsung Galaxy Fold is back, and it’s ready to rumble

Foldable smartphones are a really exciting concept. The Samsung Galaxy Fold was one of the first to be announced, but its launch did not go as planned. It turned out the Galaxy Fold had some display-related hardware issues that needed to be addressed.

Samsung realized that before the phone reached the consumers, luckily for them, and had to address such issues. That was a couple of months ago.

Samsung vowed that it will not bring back the Galaxy Fold to the market until it’s 100-percent ready that the device is ready to go. Well, the company took its time to polish it up, and it’s now here, ready to vow all of you.

The company made a number of changes to make sure that the Galaxy Fold is at the top of its game. The biggest, and most important change has been made to the phone’s protective film.

That film is now extended under the bezels of the device, so it cannot be peeled off any longer. As a reminder, peeling off that film causes the phone’s display to malfunction, so this is a great move by the company. The company also made some hinge-related issues.

In the original Galaxy Fold, debris was able to find their way under the hinge, from there, under the display. That also caused the phone’s display to malfunction, but Samsung addressed that issue as well. 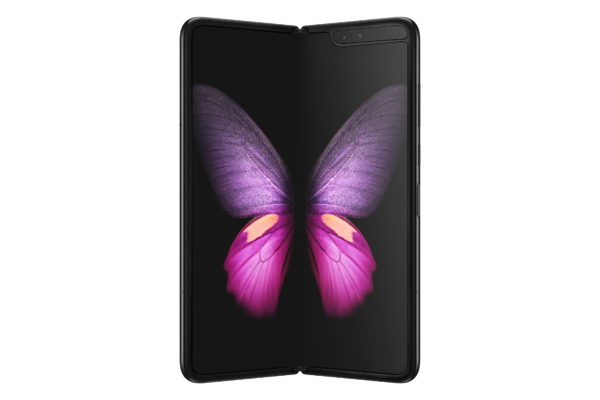 The hinge feels much more sturdy now, and the gaps where the hinge meets the display have been addresses. Those gaps are now much smaller, so debris / dirt should not be able to get through now.

Samsung also included plastic protection caps at the bottom and the of the Galaxy Fold’s display. This should help to block dirt from getting under the display. The phone’s display now feels sturdier as well.

Samsung opted to add some metal underneath the display in order to make that happen. Using the display is now a much more pleasant experience, as it doesn’t feel nearly as mushy as before. Those are pretty much all the hardware changes made to it, the specs are the same.

The Galaxy Fold still includes the Snapdragon 855 SoC, 12GB of RAM, 512GB of storage, 7.3-inch, and 4.6-inch displays, and so on. The company improved the phone in a number of ways to make sure consumers get a truly quality product.

This is a new and polished version of the Galaxy Fold, and it sure is interesting for a first-gen product. Well, I guess we can consider this to be a 1.5-gen product, in a way. It’s hard to describe until you try it for yourself, but using it is a completely different experience to the initial model.

This one feels way more polished, and it doesn’t feel like a first-gen product at all. That is quite an achievement for Samsung, especially considering this is a completely new form factor we’re talking about.