These are the best games of September. Games on mobile come out constantly, leaving players with tons of options, so we try to break things down to a more manageable state by listing top choices.

We also try to keep these lists short so they're not overcrowded. This will allow for focusing on what are truly incredible games with a standout nature.

If you're curious to see what was picked, and/or you just want something new to play, take a look at the best games for September. 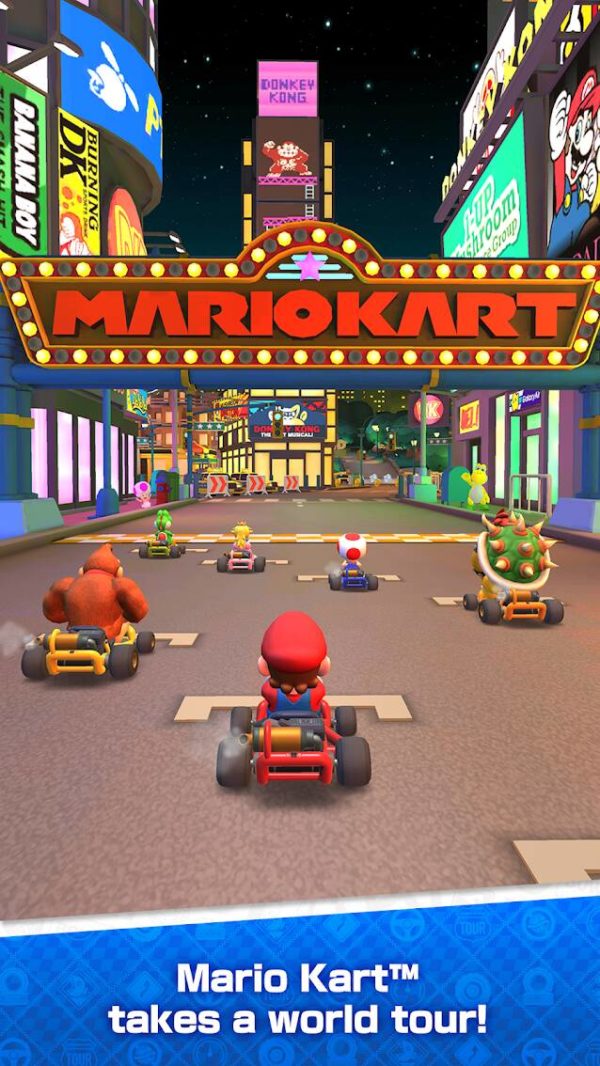 Starting things off is Mario Kart Tour and it's the newest game on this list. It's also the newest game from Nintendo. Mario Kart Tour is a mobile adaption of the fan favorite kart racing series on Nintendo systems. It employs many of the same familiar things you'll find in those other titles. Though, it has been designed from the ground up for mobile.

This includes the ability to play the game with one hand. Something which is a key factor in all of Nintendo's mobile offerings. In Mario Kart Tour you can race across numerous locales (starting with New York) and collect various racers, karts, and gliders. Additional courses are also collected from the different games spanning the franchise since the beginning and have been implemented into the game. Mario Kart Tour is free, however it does come with some optional in-game purchases, including the Gold Pass monthly subscription. 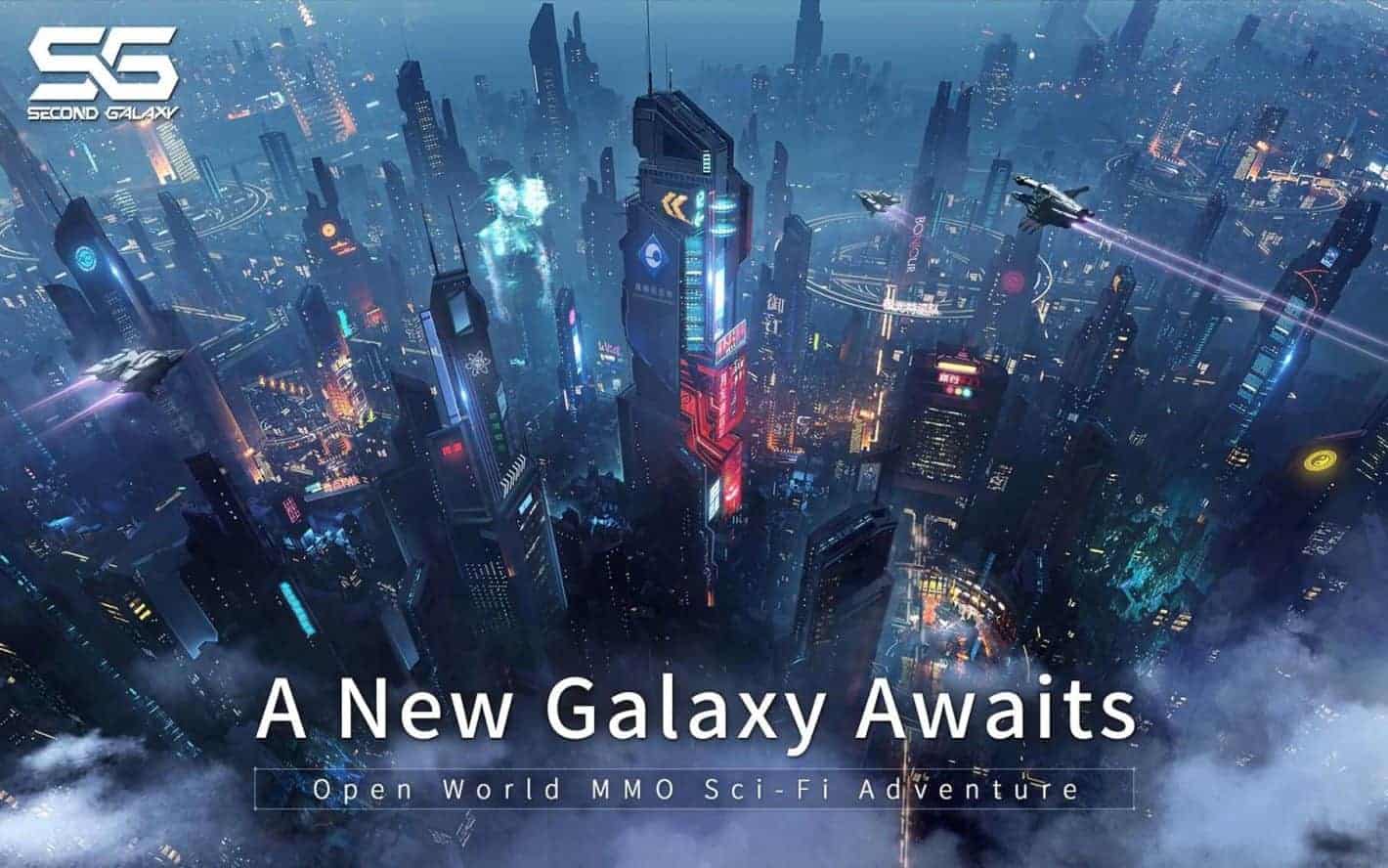 Switching things up a bit, this next game is more for those who enjoy RPGs as well as space-related games. Second Galaxy provides both of those elements.

Gameplay-wise, Second Galaxy looks and feels a lot like EVE Online, a popular Space Sim MMO that has been around for well over a decade. It features an expansive open world and 1,000-player galactic battles. It's also very strategic, so if you prefer games that offer a little bit of a challenge, this might be for you. Second Galaxy is also a free mobile game with optional in-game purchases. 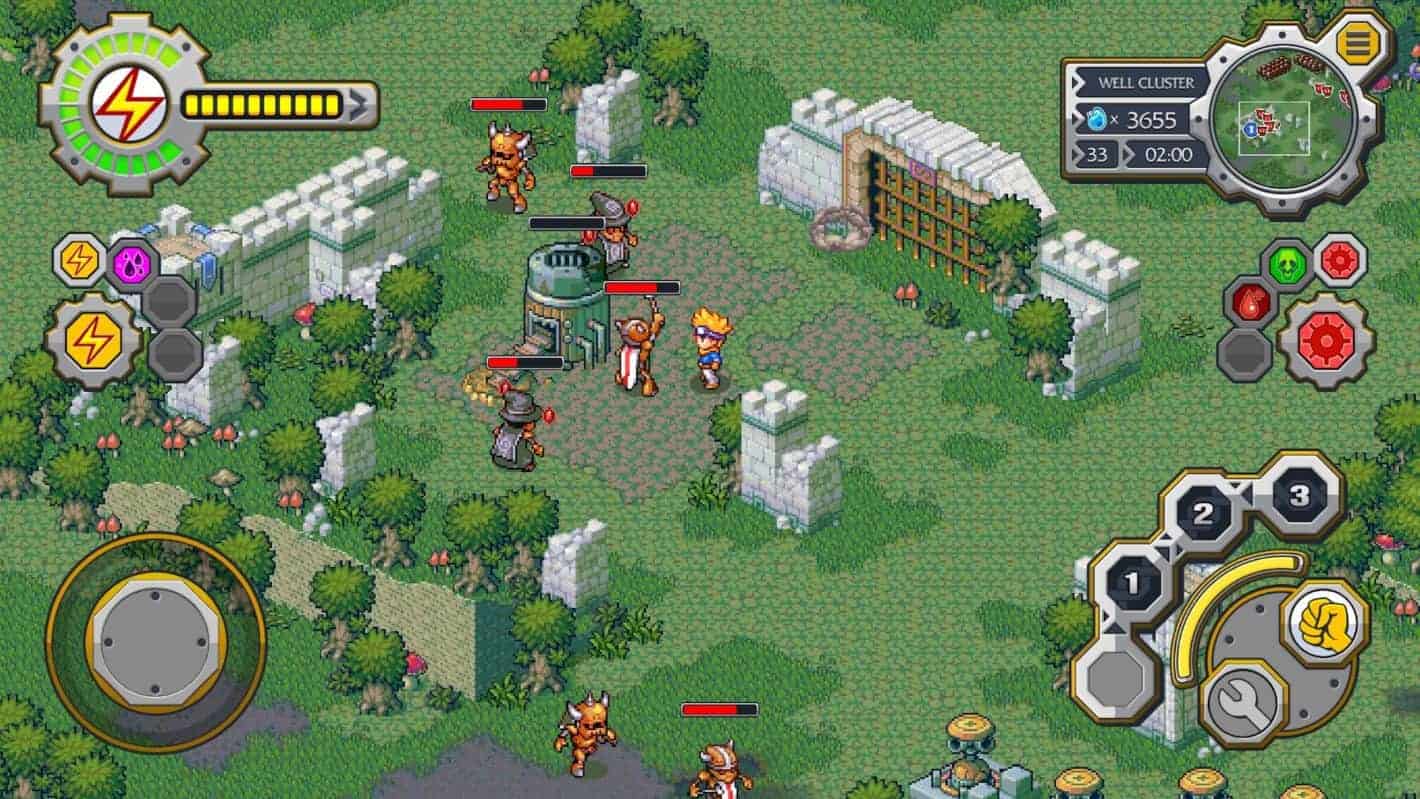 This is listed as an action adventure game, but it has loads of tower defense elements mixed in. It also offers pixelated visuals for that retro game feel. The niche here is that you have a timed assault that happens each day over the course of the game's story campaign, which lasts 75 days. You will need to build new fortifications and defenses to protect yourself from that assault.

Like other tower defense and tower defense-style games, Locke's Quest lets you place anything from turrets to traps. You can even recruit new soldiers to help you defend your village. 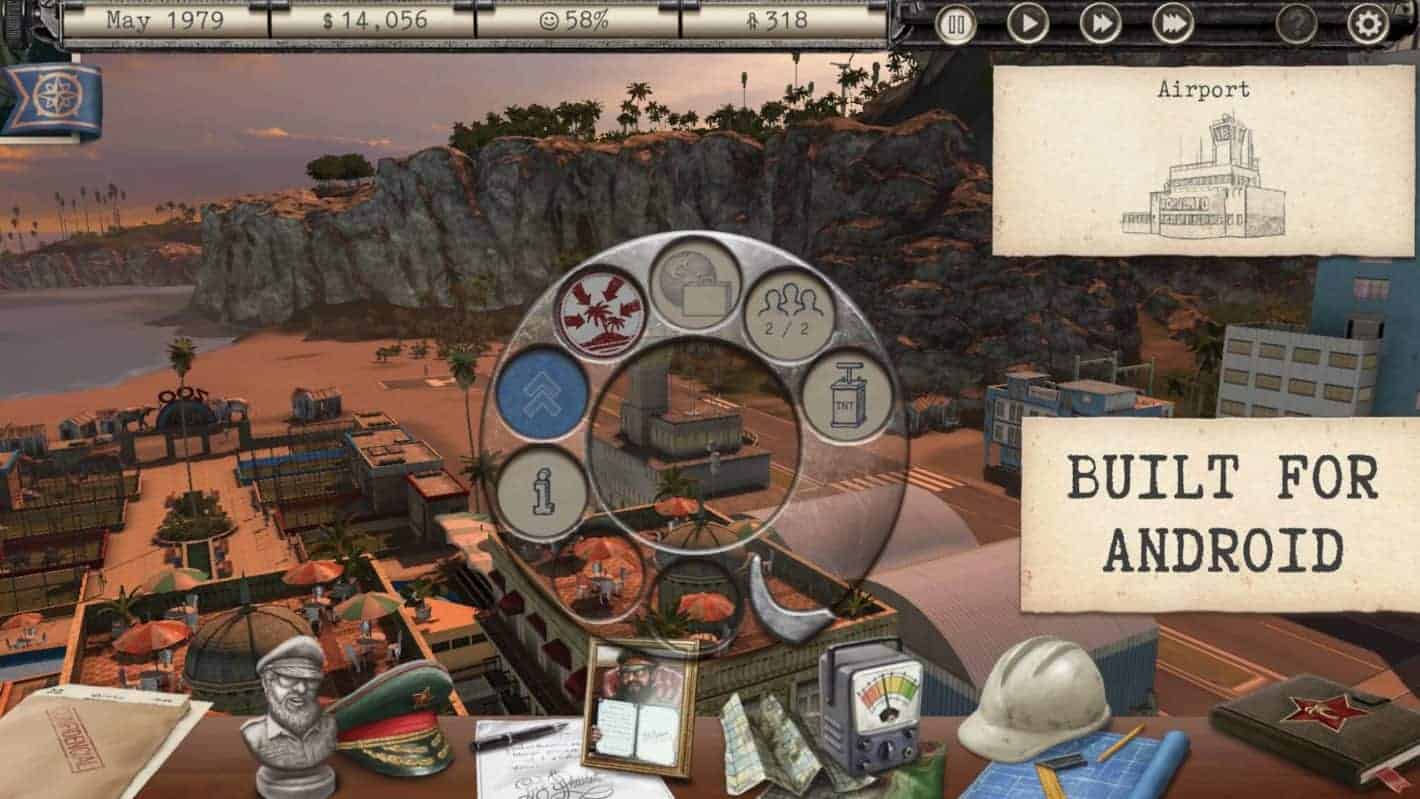 This game needs little introduction if you've been playing games since its original release. Tropico is a deep strategy game that lets you control and manage an entire civilization. You build the roads, you control the country's political policies, and you alone can take the country to the brink of nuclear destruction.

This version of the game has been designed and optimized to work on both tablets and smartphones. Featuring fully supported touch controls. Tropico is a premium game with no ads or in-game purchases, and purchase of the game is blocked from any user on a device that won't run it. Which means you won't have to worry about refunding it if things don't work. 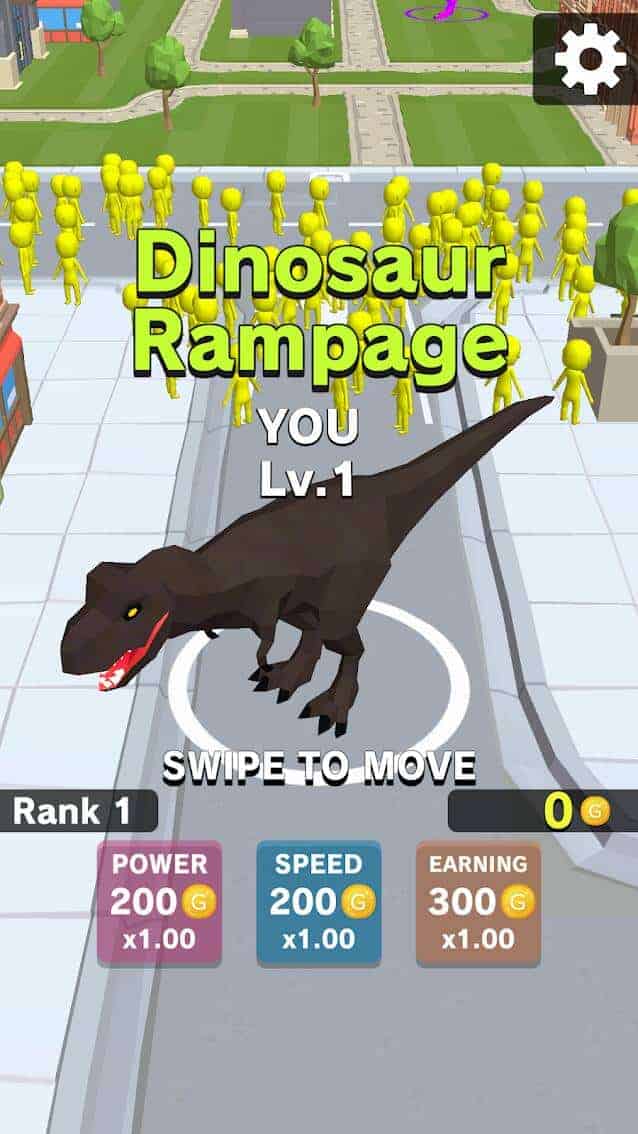 Sometimes some of the best mobile games are those that are not too packed with stories or overly complex details. Sometimes, you just want mindless fun that is easy to digest, and easy to pick up and put down.

This is Dinosaur Rampage in a nutshell, and what makes it one of the best games on the September list. The goal of the game is simple, and the controls are simple too, making it perfect for short or longer play. Your only task in it, is to eat the most people and cause the most damage to the town that you've been unleashed in. As a giant dinosaur, what more do you need? 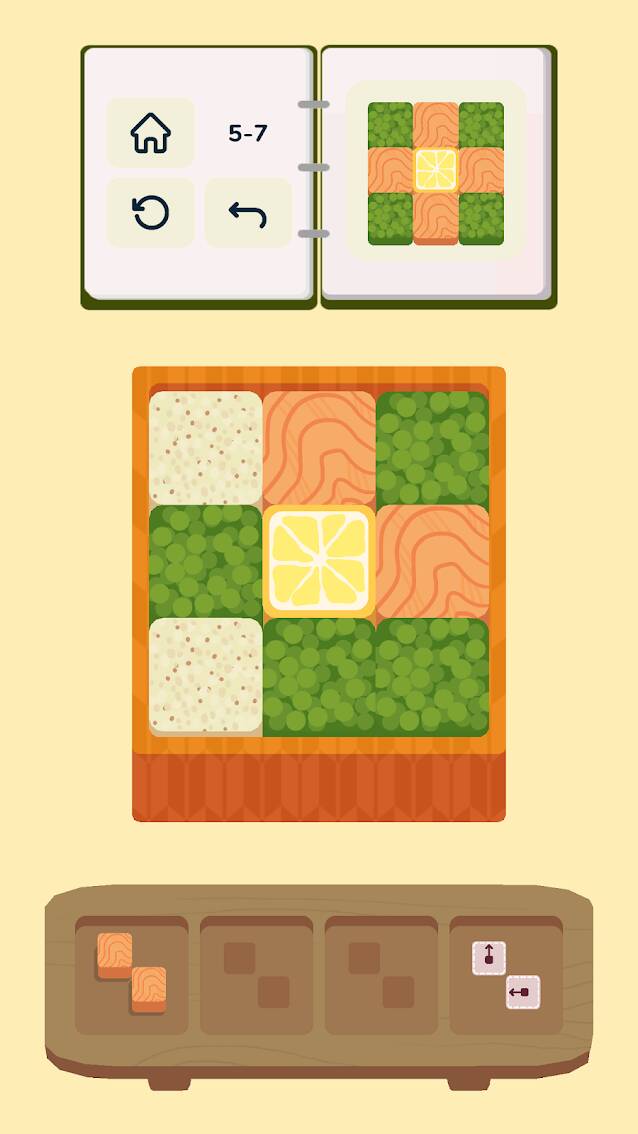 This next title is one that is not only a great game for puzzle solvers, but also anyone who loves cats and Japanese Cuisine. With inbento, you play the role of a mother cat who makes bento boxes (Japanese lunch boxes) for herself and her child. The game follows the story of parenthood as a cat, but there is no text whatsoever.

That is also precisely what makes the game so good, as the story is told completely with the use of images and music alone for a really cool feel. There are more than 100 levels to get through, and each one gets a little more challenging than the last. Gameplay is also very easy to get used to, and the animations for movement are simply delightful. Overall inbento is easily one of the best games of September due to its cute story and well-designed gameplay. inbento is a premium game that costs $2.99, but there are no ads or in-game purchases. 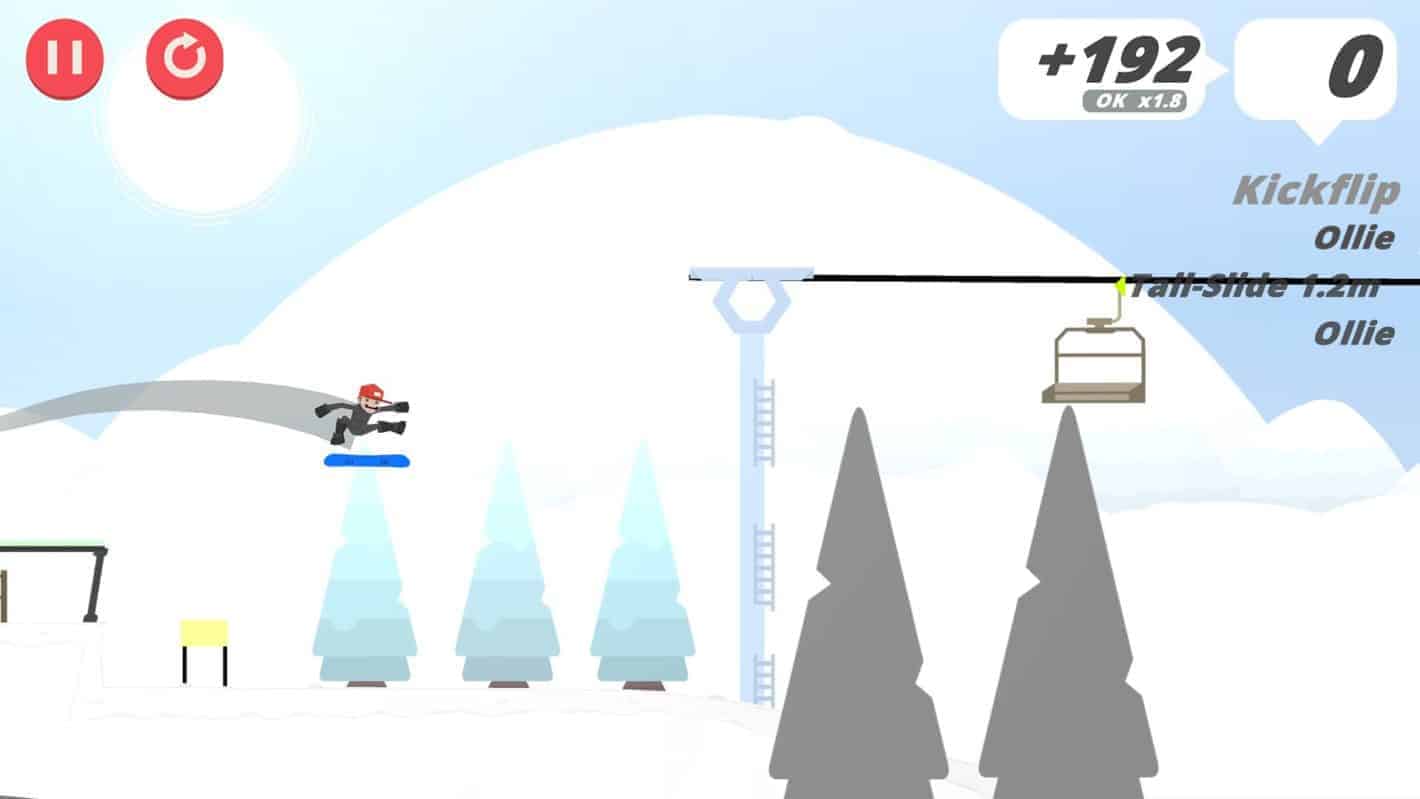 Rounding out this list is Stomped! It's a game from Noodlecake Studios which features some pretty heavy Alto's Adventure and Alto's Odyssey vibes.

That being said, both those games have some pretty awesome gameplay, so it stands to reason that this will too.

In Stomped!, the gameplay mechanics are simple yet fun. You play as a snowboarder who is shredding down the mountain to see how far you can get. You can perform tricks and combos and there are 36 levels to get through.

Once you finish the levels, there are challenges to complete as well.

You should be able to finish some of or all of these challenges during your initial run through of the game. If for whatever reason you don't this will add some replay value.

Stomped! is a premium game that will cost $2.99, and it is free of ads and in-game purchases.

Advertisement
Trusted By Millions
Independent, Expert Android News You Can Trust, Since 2010
Publishing More Android Than Anyone Else
26
Today
68
This Week
614
This Month.
8715
This Year
110184
All Time
Advertisement