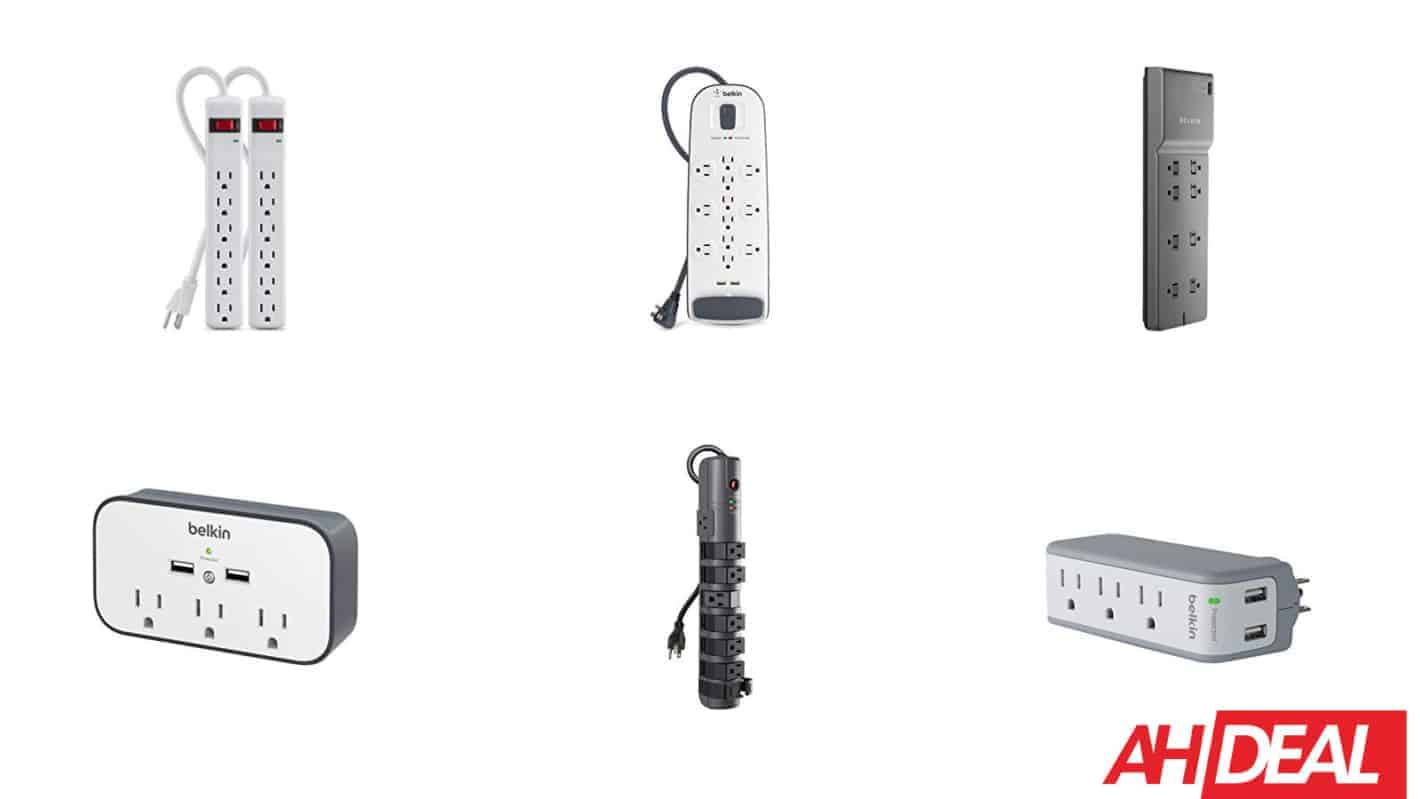 Amazon's Gold Box Deal of the Day has a number of Belkin surge protectors on sale, allowing you to save big while also protecting the gadgets that you need to charge every single day.

This is a Gold Box Deal, so it will be available today only and expire at midnight PST.

In this Gold Box Deal, you'll find all sorts of different surge protectors. This includes the smaller three-outlet surge protector which does also have a USB port on either side. This one is just $15 right now. And it's great for using in an office, or a dorm, where you may not have enough outlets, but don't need a huge surge protector on the floor. It's a great way to triple your outlets on the wall.

Now those that need a few more outlets, there is a Belkin 12-outlet surge protector that is on sale for $20.59. This is a really good option for those that do need to plug in a ton of devices. Think of an entertainment center. Where you might have your TV, cable box or set-top box, a gaming console and maybe even your router and modem. There's a lot that needs to be plugged in there, and a surge protector like this would be a great fit.

There are a few other surge protectors in this Gold Box Deal, really something for everyone no matter what kind of place you're living and/or working in. This is a purchase that will definitely pay off, even if you don't have a lot of gadgets to plug in, as it'll keep them from surging.  And remember that these won't be on sale for long, only until midnight PST tonight. So you won't want to wait to pick up a surge protector.

You can pick up some Belkin surge protectors from Amazon by clicking here.