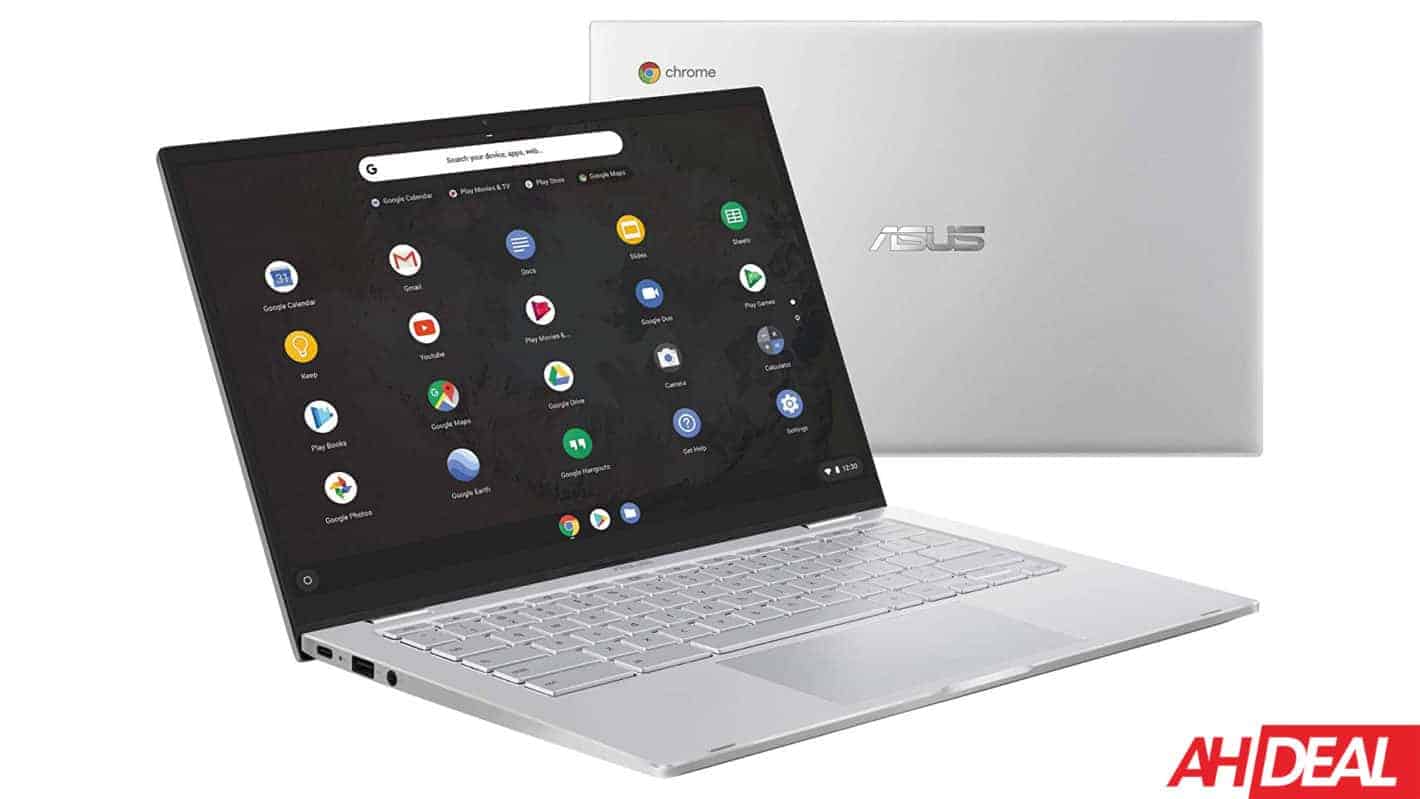 Amazon is shaving $100 off of the regular price of the ASUS Chromebook C425, dropping it down to just $399. That's a really good price, and the lowest we've seen in quite some time.

That makes this a really great time to pick up the Chromebook C425.

This Chromebook from ASUS is a pretty high-end model. Though, it's riding the line between high-end and budget, which is why it's priced around $500 normally.

It sports a 14-inch display, which has a full HD resolution. Unfortunately it is not a touch screen display, but that does help keep the Chromebook C425 lightweight and thin. It also has pretty thin bezels, with 85-percent screen-to-body ratio.

Speaking of thin, it is about the same thinness as the Macbook Air. It also weighs in at about 2.8 pounds. Making it one of the few laptops that is under three pounds. That doesn't sacrifice battery life either, as it does last for around 12 hours on a charge.

Internally, you'll find the Intel Core M3-8100Y processor, 8GB of RAM and 64GB of storage. It's quite surprising to see 8GB of RAM on a Chromebook at this price range. And seeing as this is running Chrome, you're going to need that RAM.

There are also two USB-C ports – one on either side of the Chromebook. Allowing you to charge it from either side. There is also a USB-A port that is compatible with USB 3.1, like the USB-C ports. Rounding out the ports, there is a SD card slot and a headphone jack. Something you won't find on some smartphones these days.

The ASUS Chromebook C425 is a really great Chromebook to pick up, and at $399 it is an absolute steal, and great for taking back to school. You won't want to miss this one and you can pick it up today from Amazon by clicking here.

ASUS Chromebook C425 - Amazon - $399
Advertisement
Trusted By Millions
Independent, Expert Android News You Can Trust, Since 2010
Publishing More Android Than Anyone Else
29
Today
29
This Week
137
This Month
4122
This Year
105599
All Time
Advertisement