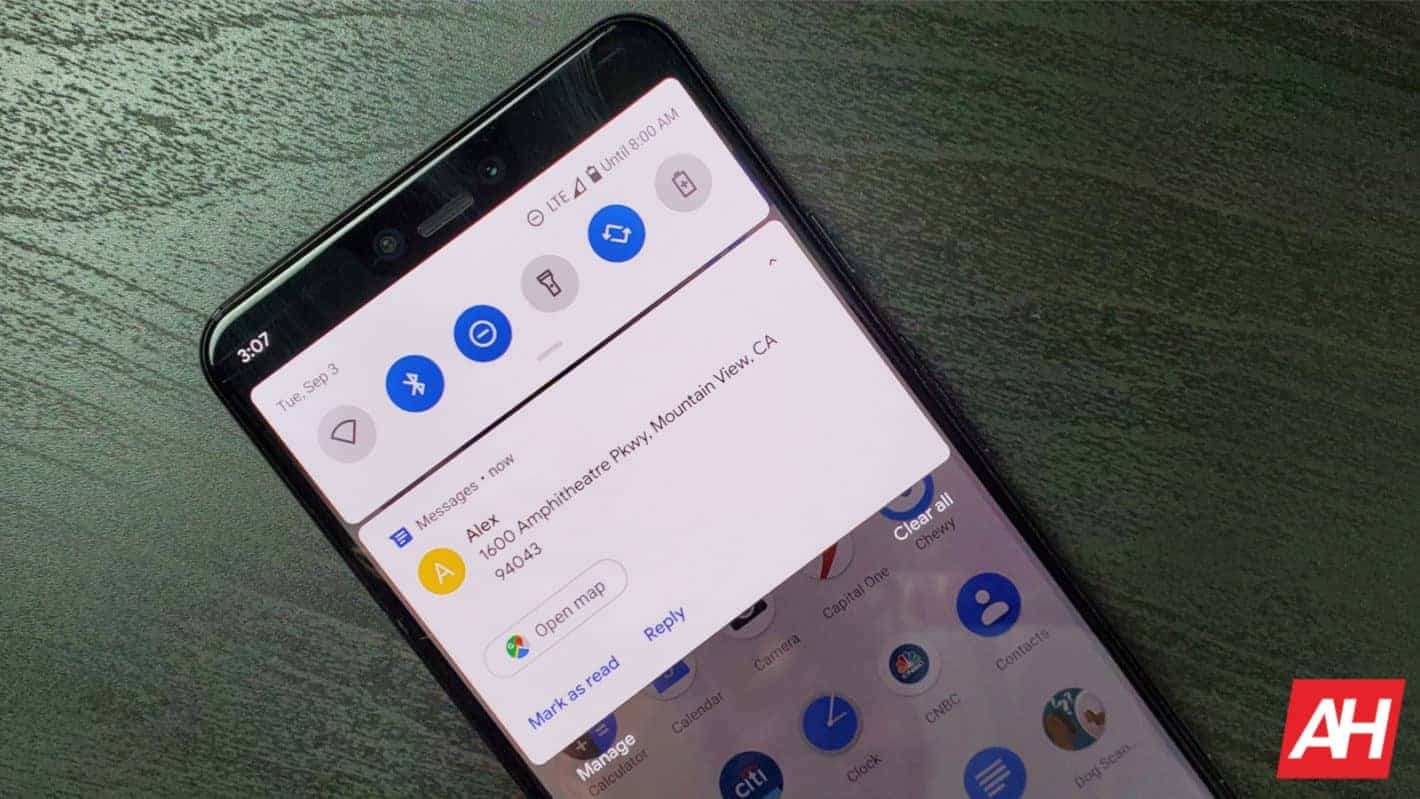 Android 10 brings over 50 new features with it, and one of those is Smart Reply.

You might be thinking that we already had Smart Reply in Android. And that is sort of true.

The suggestions that we have in the notification panel, when messages come through are actually Quick Replies. Smart Reply builds on that.

Now you're getting better suggested replies as well as suggested actions. For example, if someone sends you an address. Smart Reply will bring up a button to open Google Maps as one of the options. Tap on that, and it'll open Google Maps and bring up the address that was sent to you. Essentially doing some of the work itself.

As mentioned already, the new Smart Reply feature is actually building on Quick Replies, and now it is available on every messaging app out there. Basically it took the suggested replies that Quick Replies would bring up for you, and added in some contextually aware suggestions. Like a shortcut to Google Maps.

This is all done using machine-learning which means that it is going to get smarter over time, and become even easier to use. Not to mention it'll become more helpful.

The important thing to remember here is that the machine learning is done on the device, so your privacy is secure. That's another big topic for Android 10 this year, privacy. So it's good to see that this machine learning data is not going up to the cloud and hitting Google's servers.

What other shortcuts can Smart Reply give me?

The most common shortcut the Google uses when showing off Smart Reply, is the Google Maps shortcut. That's because it's a very simple shortcut, and one that everyone will want to use. How many times do you get an address sent to you, and you want to open Maps and see how far it is, and/or how to get there? Likely pretty often. So it only makes sense to show off that particular shortcut.

But for right now, it only works with Google Maps. This is going to change in the near future though, as Google gets better at recommending actions. Thanks to the machine learning that it is using with Smart Reply, it should get better pretty quickly. 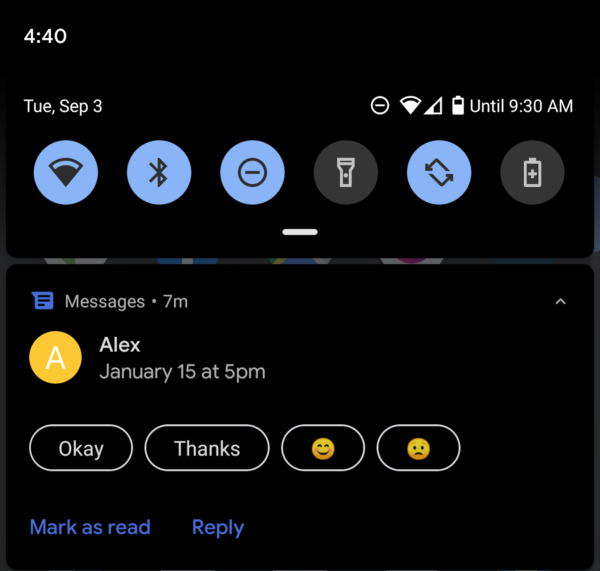 In the future, it should be able to recommend the dialer when you are get a text with a phone number, or open the calendar when you get a date and time. But for now, you just get a few recommended responses, including some emojis.

What apps does Smart Reply work with?

In out testing, we've found that it works with Messages, Hangouts, WhatsApp Signal and Telegram. So no matter what your messaging app of choice is, you should be able to use Smart Reply without any issues.

Unlike other features we've seen Google roll out in the past, this is available for every app from day one. That's a pretty big deal, as usually these new features need to be coded into the app, before they can work. But this way, every Android 10 user is going to be able to use it as soon as their phone gets Android 10.

How do I enable Smart Reply?

This is a feature that is built into Android 10. So as long as you have Android 10, you will have Smart Reply. At this point, Android 10 is only available on a handful of devices, with the Pixel line getting it first.

But that is the only prerequisite to Smart Reply, is having Android 10. There's no way to turn it off or turn it on.

There's not much not to like here. But if you don't like Smart Reply, then don't tap on the suggested actions that you'll see in the notification shade. It's just that simple.

Unfortunately, as mentioned above, you can't disable or enable Smart Reply, so if you don't like it or don't want to use it, you'll have to just ignore it. That's pretty easy to do though. But the bigger question would be, why don't you like it? Since it does save you some steps, and makes life much easier.

Google is always looking for new features that it can build, to make our life easier. And that's why Smart Reply is here. It makes things much easier, whether that's copying a 2FA code for your banking app, or opening Google Maps and instantly giving you directions, or something else. It's going to make it a lot easier to get things done.