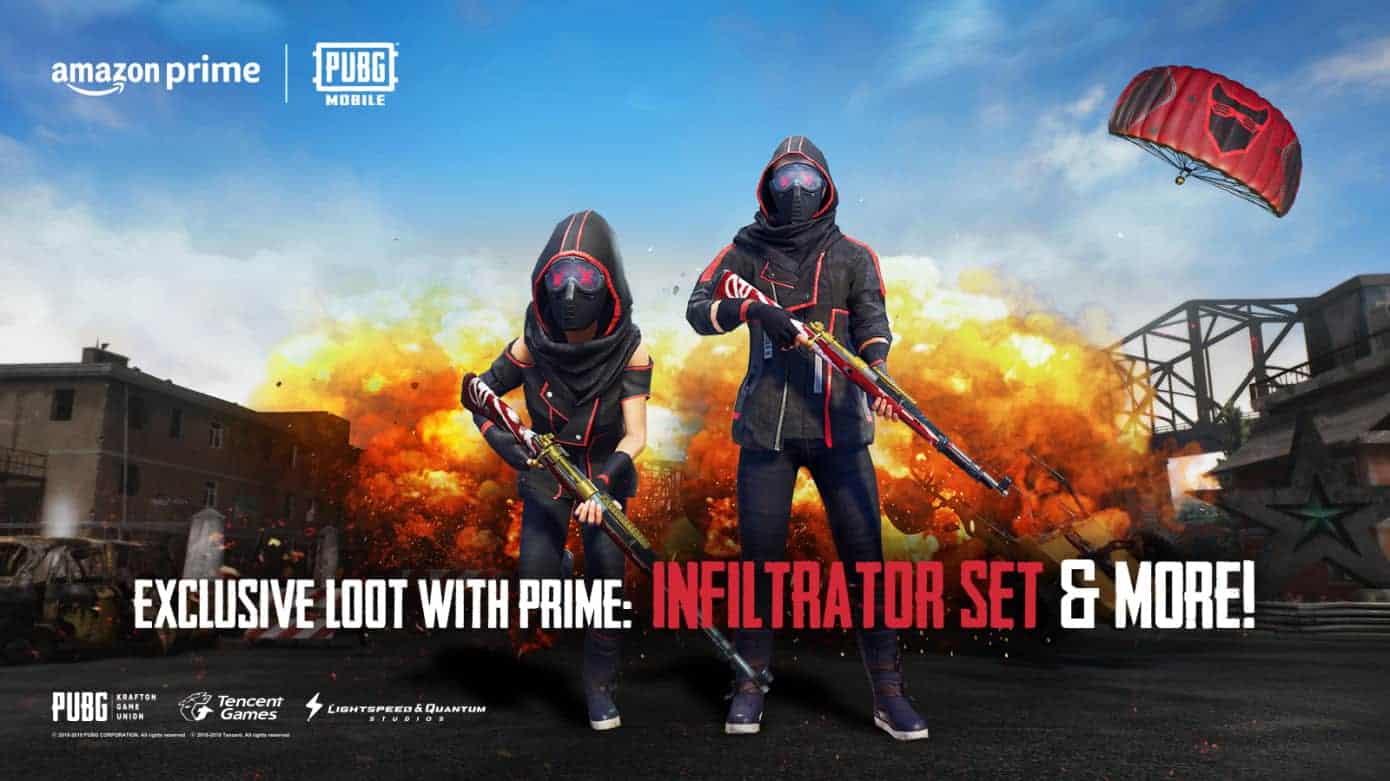 Amazon is catering to gamers with a new set of Amazon Prime rewards aimed at mobile gaming.

Prime already offers loads of perks, like free shipping on and streaming video. Now Amazon is taking that mindset to gaming.

The new series of perks can be claimed only by Prime members, naturally. The perks will also cycle out on a consistent basis according to Amazon.

Amazon does have plans to include more games in the future but it hasn’t mentioned any games specifically.

To help sweeten the pot, the items are also exclusive. Which means the only way to obtain them is to be an Amazon Prime member. Amazon is no stranger to offering exclusives to its Prime members. For a time it offered exclusive pricing discounts on phones for Prime members.

Exclusive items that can be claimed include wearable gear as well as weapons and usable items. The first exclusive reward is an Infiltrator Mask, while Infiltrator Jackets, shoes, and pants are coming soon alongside the Blood Oath – Kar98k rifle and a Black Magma Parachute.

Amazon already has other studios lined up

Tencent and its wildly popular PUBG MOBILE may be the first game on offer, but Amazon already has others in the works.

It doesn’t name games specifically but it does mention the studios which it’s working with. This includes the likes of EA, Wargming Mobile, Netmarble, and Moonton. There are additional studios that Amazon is in talks with too, though it hasn’t named them.

To claim the rewards that are there right now, you’ll need to visit this link on your Android or iOS smartphones. There are a few things to keep in mind though. You can set up a free Prime trial and grab the rewards.

Certain items are also limited time use only. For example, the rifle and the parachute are 30-day use tokens, which means after you redeem them and use them for the first time, you’ll have them for a month and then they’re gone. The other rewards however, are permanent.