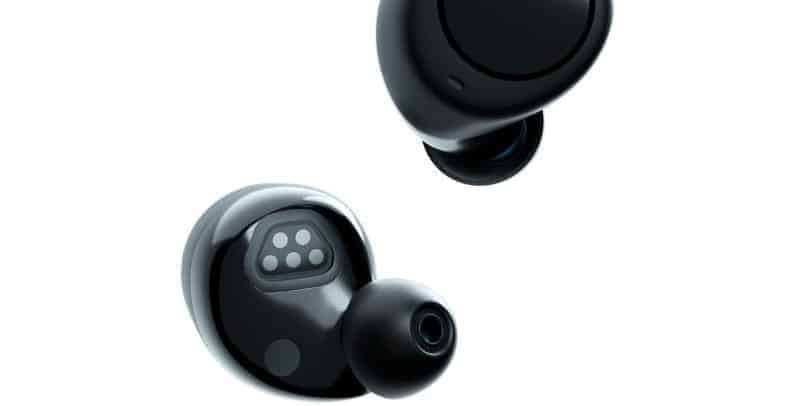 However, the price is a little higher than what earlier reports had speculated. The product also doesn’t seem as health-centric as previously believed.

Amazon’s primary focus seems to be the sound quality with the Echo Earbuds. Each earbud has three microphones, which the retail giant says will help with clarity. Additionally, both the buds get dual premium armature drivers which will offer immersive sound.

To stream audio, you will have to connect the earphones to the Alexa app.  When you take off the hearables, the sensors will automatically pause playback.

Saying “Alexa” will wake up the buds and allow you to ask any question. This means that Echo users no longer have to worry about not having the assistant when they are not home. However, these are not standalone earbuds and must be paired with a smartphone to work.

Amazon claims that earbuds can be very helpful. It has worked with Whole Foods, which it owns, by the way, to make shopping easier. For instance, you can ask Alexa where canned tomatoes are stocked instead of checking out aisle after aisle.

Amazon’s earphones also provide easy touch controls. With a double-tap, you can activate the Passthrough Mode. This way you will be able to hear what’s going around without removing the accessories. You can even access Apple’s Siri or the Google Assistant by long-pressing the earphones.

The Echo Buds offer 5 hours of audio playback with a full charge. They will come with a charging case that provides 20 hours of battery life. When you are in a hurry, it will take just 15 minutes to charge the earbuds enough to get two hours of playback.

The hearables have the IPX4 rating against sweat and water splashes. They also have an accelerometer and a proximity sensor.

Amazon hasn’t really mentioned any fitness tracking features, which were widely anticipated. However, per early reports, they surpass AirPods when it comes to sound quality, and this seems Amazon’s primary concern.

Some users might be worried about Alexa listening in on them. However, the retail giant has quashed those fears by saying that the wireless earphones feature multiple layers of privacy protection. Using the Alexa app, users can mute the mics and they can also delete the voice recordings whenever they want.

Not As Affordable As Consumers May Hope

Previously, it was reported that Amazon’s first truly wireless earbuds will cost less than $100. However, that’s not the case.

They carry a price tag of $129.99. For comparison, Apple’s 2nd-gen AirPods cost $199 with the charging case while the Samsung Galaxy Buds retail for $118. Pre-orders have started already and shipments will begin in October. Hopefully, Amazon will announce a more specific date in the coming weeks.