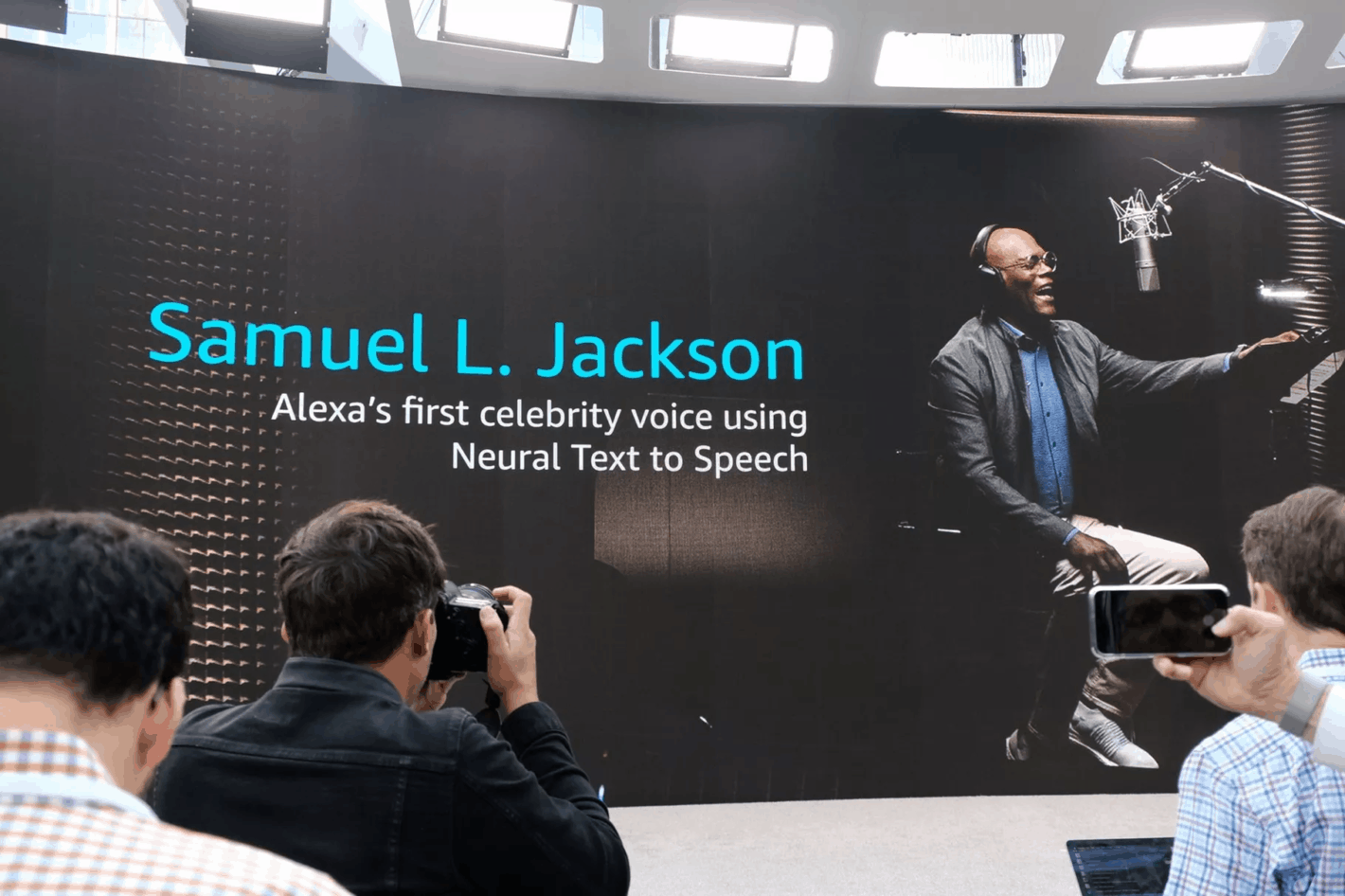 Amazon has finally found a way to monetize Alexa, and it doesn't include ads, instead it includes using celebrity voices.

At its Ask Alexa event today at its headquarters in Seattle, Amazon announced that it is going to be rolling out a version of Alexa that will allow you to change the voice of Alexa to Samuel L. Jackson. And of course, since is Sam Jackson, there's going to be a clean version and an explicit version. But this is not going to be free.

More celebrity voices will be coming in 2020

While Jackson is the first and only celebrity voice for Alexa right now, it won't be the only one. There's going to be plenty of others coming next year, according to Amazon.

Though, Amazon did not mention which celebrities would be coming.

This follows what Google started doing with Google Assistant, and using John Legend as a voice last year. Though, Google is not charging users for that voice, it's included for free.

Amazon also notes that anyone that purchase Jackson's voice this year (in 2019) will get it for a special price of $0.99. Meaning that it will likely increase in 2020. Though, how much it will increase to has yet to be announced. But it wouldn't be surprising to see it jump to $5.

The Alexa monetization question has been answered

Every time that Amazon holds a quarterly earnings call, and tells investors how well Alexa is doing for them, investors ask how Amazon can monetize it and make more money.

That makes sense, seeing as a company needs to keep finding new revenues of income, especially with expenses going up.

For the end-user, this is going to be the best way to monetize Alexa. Some thought that Amazon might actually add some ads to Alexa, which is not something users will want to see or hear when they ask Alexa something.

Instead, Amazon is opting for a sort-of, in-app purchase style of monetizing Alexa. It's a unique way of doing things and while it may not bring in as much money as ads might, it will bring in plenty.

The Samuel L. Jackson voice will be launching later this year. Amazon has not yet given us a firm date as to when it's going to be launching, so it could be anytime between now and December 31.