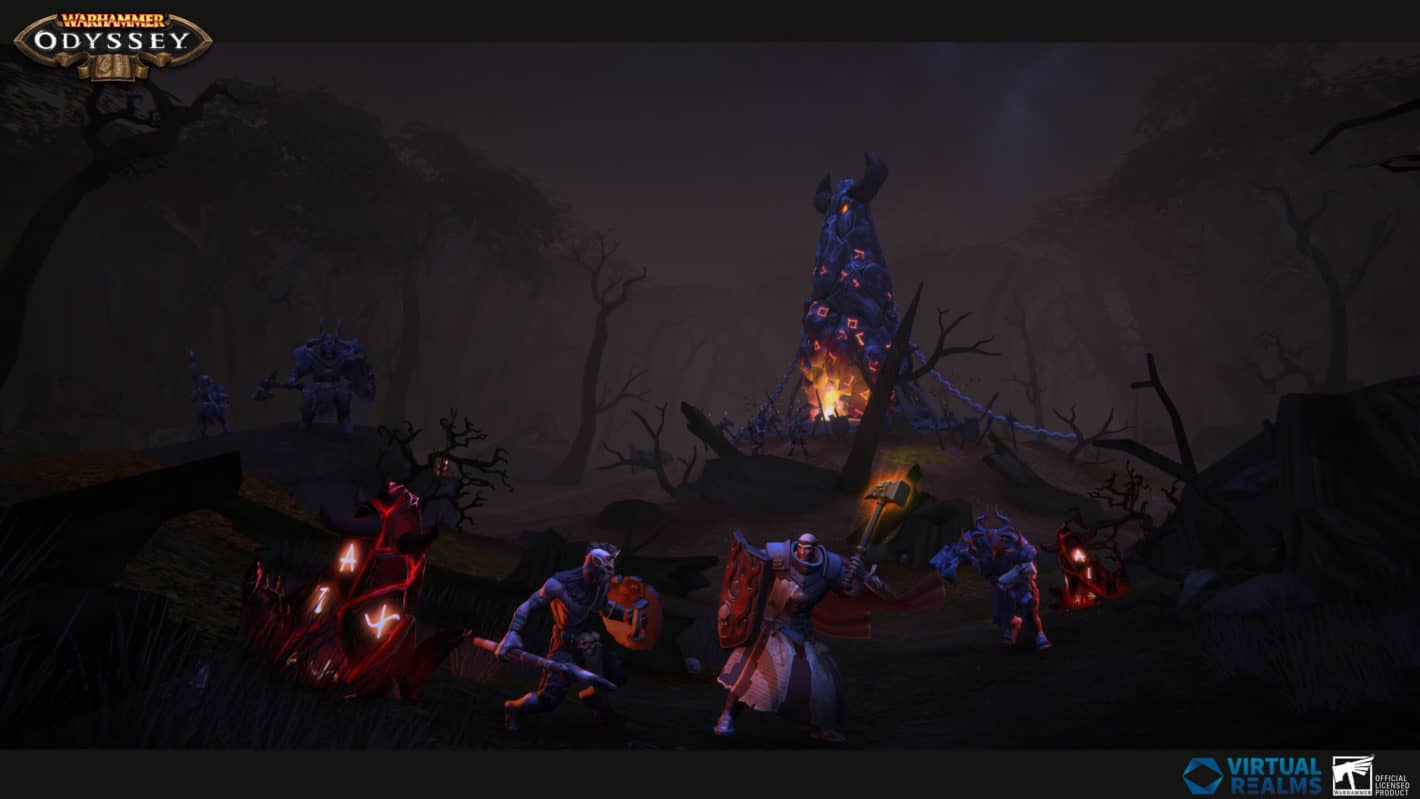 In partnership with Virtual Realms, Games Workshop is aiming to make this an MMORPG experience that players will love. To do this, it's packing the game full of features.

In fact Games Workshop says this is a full featured MMO game for mobile devices. This means players should be able to expect features they're used to seeing on console and PC MMO titles.

Like any good fleshed out MMO Warhammer: Odyssey will have have multiple character races and character classes.

This will give players variety and options in who and how they want to play. This is an important element in MMO games as it gives the player choice in running with a character that fits their personality.

With the class options, players get a choice in how to play the game. For example, a Slayer is going to play completely different from an Archmage. One uses melee attacks. The other uses ranged attacks. One may be tank while the other may be a dps.

All told there will be three races to choose from and six classes. The races include Human, Dwarf, and Night Elf. Meanwhile the class options will be Slayer, Archmage, Engineer, Shadow Warrior, Witch Hunter, and Warrior Priest.

If you're a big MMO fan and a fan of Warhammer titles, you can already pre-register for Odyssey over on the official Warhammer: Odyssey website.

As a 3D MMORPG in the Warhammer universe, players can expect pretty decent visuals. Judging by the screenshots the game will also be pretty expansive, while combat will likely include some good looking special effects.

If you've played any other Warhammer games even in different genres, chances are you will notice some of the locations in Odyssey.

Games Workshop says that the in-game locations players will be adventuring in are based on territories from the Old World. This will also include formidable enemies from the same universe.

In-game locations include places like Marienburg, Drakwald Forest, and The Wasteland. Players will be tasked with venturing through these locations to acquire and complete hundreds of quests, all while trying to beat back the evil influence of Morrslieb.

Warhammer: Odyssey will be a free-to-play MMO with regular free content updates. As of right now there is no release date for the game.