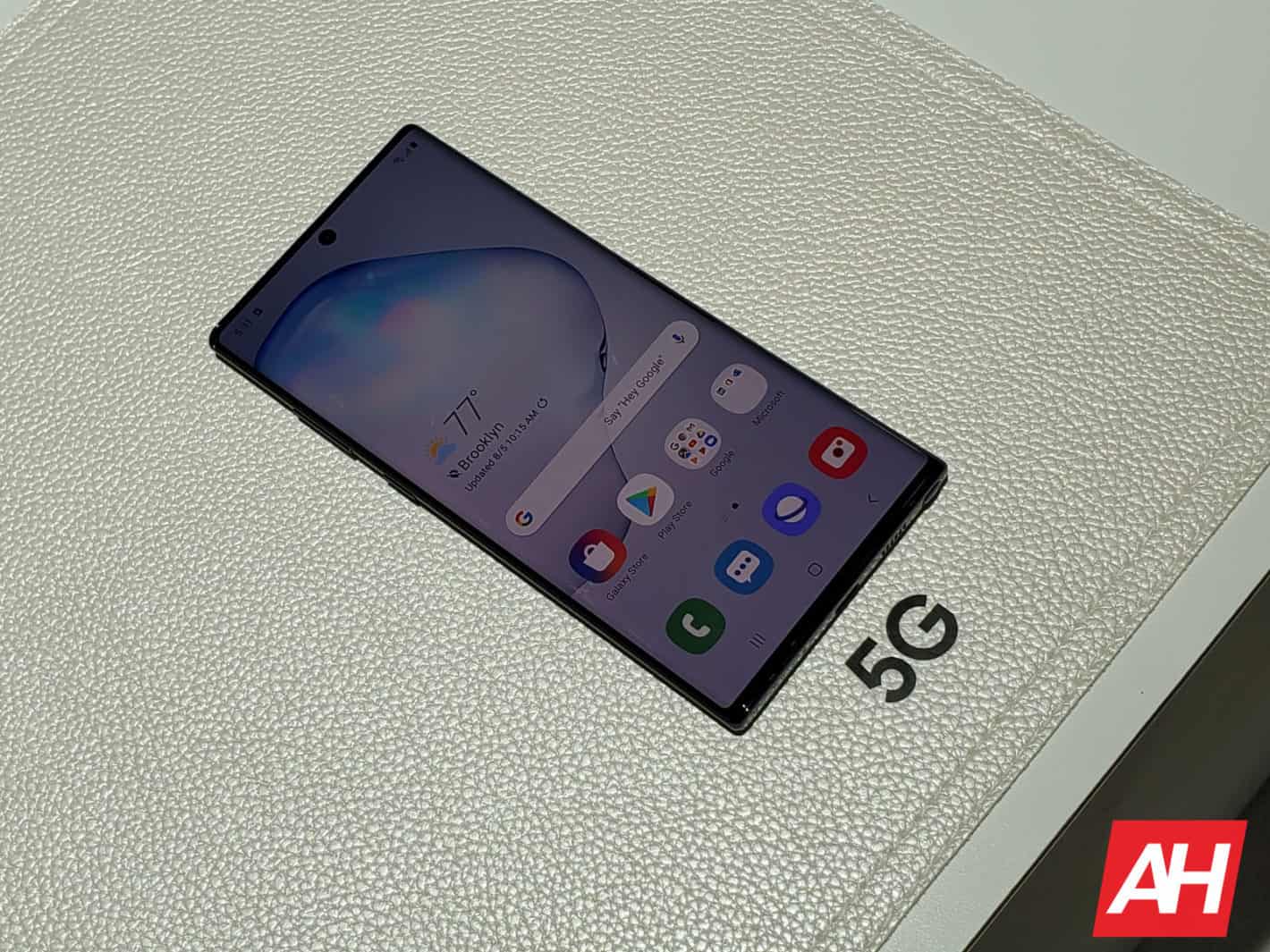 Verizon will be just one of the wireless providers in the US to receive Samsung's brand new Samsung Galaxy Note 10 smartphones but it's also going to receive the Galaxy Note 10+ 5G well ahead of other mobile carriers. That's according to a new announcement from Verizon, outlining the promotional deals and pricing consumers can expect on the flagship phablets.

The provider will carry all of the new gadgets with the exception of the Samsung Galaxy Note 10 5G — which doesn't appear to be making an appearance in the US at all. The Snapdragon 855-powered flagships pack in 8GB of RAM for the smaller variant or 12GB for the "Plus" version. That's on top of 256GB of storage standard or up to 512GB with the Samsung Galaxy Note 10+.

The remaining big difference between the handsets will be the extra DepthVision camera sensor that's only found on the largest of the handsets. That enables a new Samsung experience dubbed 3D Scanner, which does exactly what its name implies but also allows the phone-generated 3D models to be used with body tracking and in other AR implementations.

Samsung's new AI-driven camera doodle features and a traditional Note-series S Pen with significant improvements will be part of the package for both devices.

About the cost of those gadgets and their promotions

Like other carriers, Verizon is taking part in Samsung's own promotional offer too, offering buyers up to a $100 gift voucher from the company or $150 with the purchase of the larger handset.

To sweeten the deal for Verizon customers, eligible trade-ins can net new customers or those who are already subscribed up to $450 off the cost and new customers will get a $200 prepaid MasterCard for switching and buying one of the new Galaxy-branded phablets.

Verizon is additionally offering a big discount on accessories it plans to carry for the Galaxy Note 10 family of devices. That includes those on offer from OtterBox, Tech21, Incipio, Speck, Kate Spade New York, Lifeproof, Case-Mate, Gear4, Samsung, and more. Each of those accessories and screen protectors will be 25-percent off up until the device begins shipping to customers on August 23.

The 5G is a timed exclusive

Verizon may have an exclusive on the Samsung Galaxy Note 10+ 5G in the US but that is going to be a timed exclusive. T-Mobile will be picking up the device during the fourth quarter of the year.

In the meantime, customers who are joining with or adding a line to an existing Verizon Unlimited plan will get a free Samsung Galaxy Note 10 when they buy a Galaxy Note 10+ 5G. That's going to start at $36.11 per month on a 36-month payment plan or $1,299.99 to purchase outright. The "free" Samsung Galaxy Note 10 will be offered via bill credits applied over a 24-month period to prevent buyers from taking advantage of the offer and then taking the device elsewhere.

Verizon's pre-orders will kick off almost a day late by comparison too. While T-Mobile's start today just after 9 PM PT, Verizon's won't start until just after midnight tomorrow morning (ET).