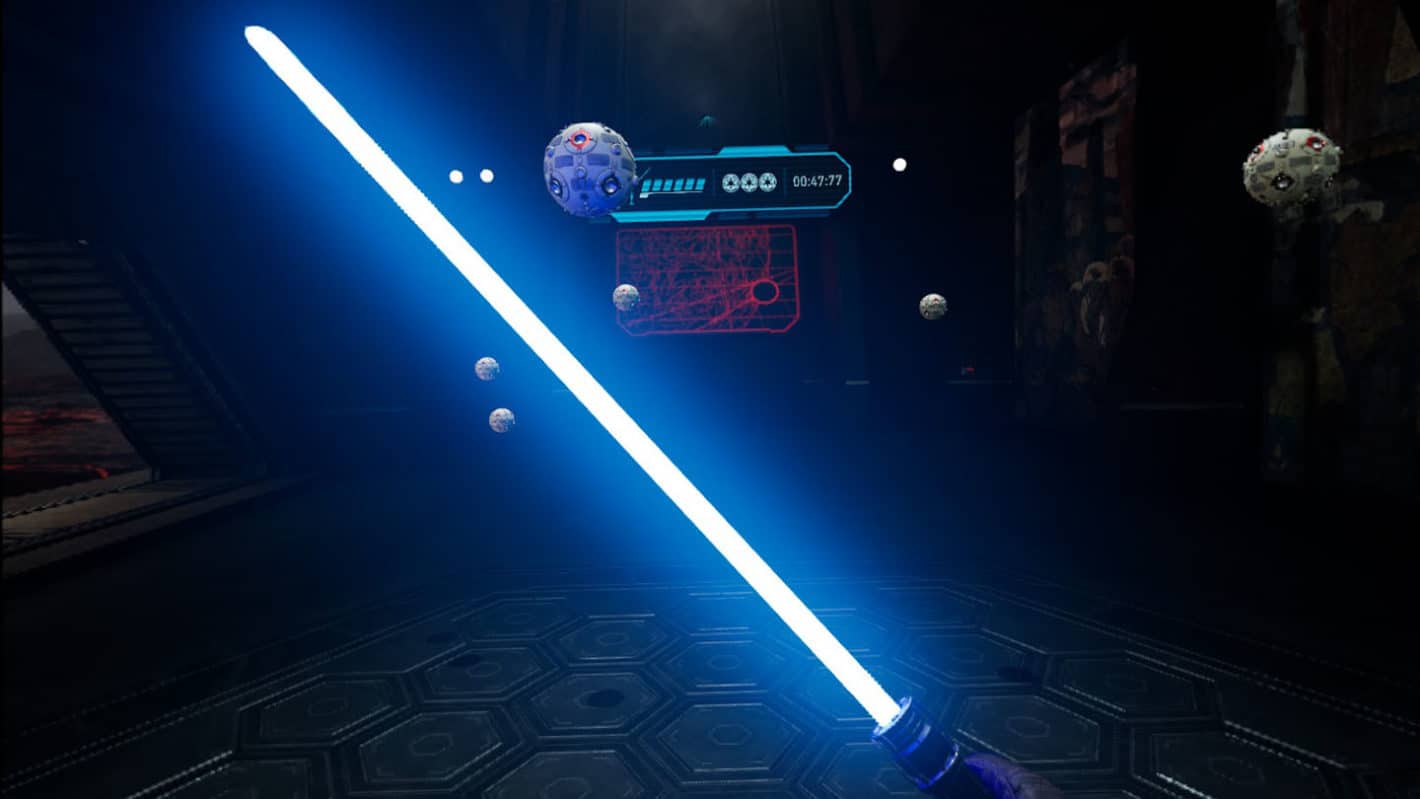 Being Darth Vader’s next apprentice isn’t going to be easy. I wouldn’t at all be surprised to hear “if you can dodge a wrench, you can dodge a lightsaber” from the Sith Lord in Vader Immortal – Episode II. As a world-renowned and award-winning VR experience, the Star Wars: Vader Immortal series brings you face-to-face with the Sith Lord and delivers the most authentic-feeling way to experience the universe of Star Wars in a bite-sized time frame.

The full title of this game is quite a mouthful; Vader Immortal: A Star Wars VR Series — Episode II. The hope, too, is that the longer title means a longer game since the original game only takes about half an hour or so to complete.

Episode II picks up right where Episode I left off. After having met Darth Vader face-to-face and showing him some impressive skills in Force usage, Vader adopts you as his apprentice. Now, being Darth Vader’s next apprentice isn’t quite as easy as it sounds. That is, of course, if being a Sith apprentice sounds easy in the first place.

As the original interview with the game’s lead creative visions put it, Darth Vader is sort of like a really mean Mr. Miyagi from Karate Kid fame. There won’t be much of a “do or do not, there is no try” type of attitude like Yoda had, rather, it’s probably more along the lines of “do or die” with Vader.

As we discovered last month at the San Diego Comicon, you will be using the Force in Episode II as well as a Lightsaber. Given the fact that the Lightsaber at the end of Episode I was forcefully removed by Vader himself, we would surmise that you’ll get the possibility of building your own Lightsaber as those in The Old Republic universe did during their journey to becoming a Jedi or a Sith.

Like the original game, Vader Immortal: Episode II features a Lightsaber Dojo, affectionately called the Lightsaber Dojo II. This Lightsaber Dojo will give players plenty of excuses to use both the Force and their Lightsaber in a series of combat trials that will have you feeling extra evil in no time flat.

Utilizing the Force in Episode II is just as intuitive as you would expect it to, and should match up with how easy it is to wield a Lightsaber in the first episode of the series. While utilizing the Force should work as expected, there will be plenty of unexpected things to find as you make your way through Vader’s Castle on Mustafar in Episode II. The team even teased a brand new creature called a Darkghast. This creature is something like an even nastier Rancor, and you’d better believe you’ll be coming face-to-face with him as well.

Despite new details that have been unveiled at Disney’s D23 expo, there’s still no release date scheduled for the episode. That’s certainly going to be disappointing for folks wanting more Star Wars this year, but it’s also possible that Disney doesn’t want to overplay its hand and issue too many Star Wars experiences at once.

The original Vader Immortal: Episode I was an incredible experience (see our review here) and one we highly recommend to all who have an Oculus Rift, Oculus Rift S, or an Oculus Quest. You can, of course, also play it on other PC VR headsets like the HTC Vive or Valve Index, but will need to use the third-party Revive to get it working.