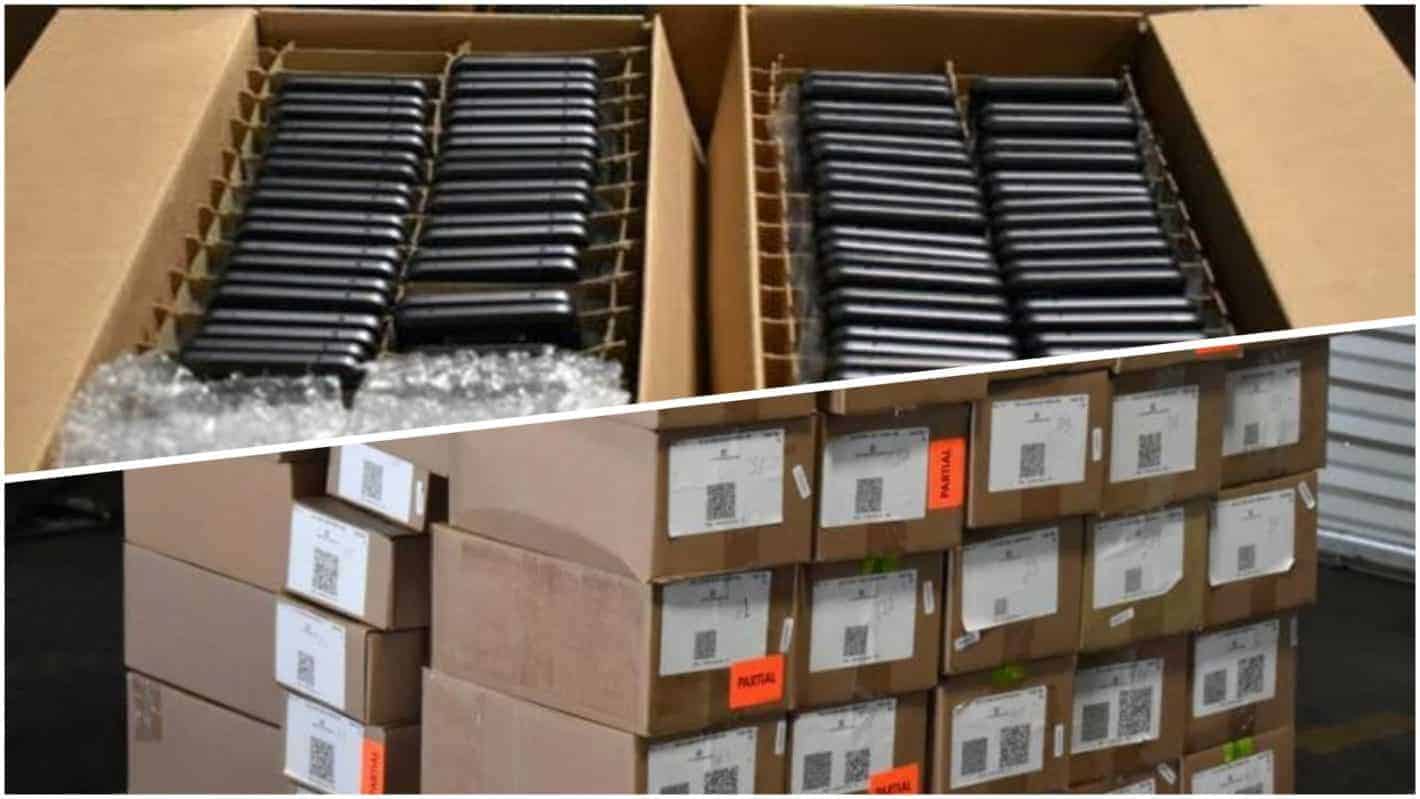 According to a new report, the US Customs and Border Protection officers seized a lot of counterfeit smartphones lately. The source claims that over 4,000 smartphones were seized, and all of them were coming from China.

To be more exact, 4,449 smartphones were confiscated. These were all counterfeit LG and ASUS smartphones, and the action took place in Philadelphia. If these phones were authentic, they would have a suggested retail price tag of $941,450, it has been noted.

The US Customs and Border Protection officers seized 2,043 counterfeit LG phones in one shipment. They did the same for 1,926 LG and 480 ASUS counterfeit handsets in another shipment, that took place on August 9. If the phones were authentic, the first shipment would be worth $508,707, and the second one $432,743.

Counterfeit phones will be destroyed

Both of those shipments originated in China, and came through the Dominican Republic straight to Philadelphia. The cargo on the inside was labeled as "cell phones used". Those 4,449 counterfeit smartphones will be destroyed, notes the source.

The US officers could not tell if the phones were counterfeit straight away, so they submitted samples for testing. Those devices were tested by the US Customs Electronics Centers for Excellence and Expertise. These are the agency's trade experts, in case you were wondering, and their job is to determine the authenticity of trademarks.

This is the latest such operation that we've stumbled upon lately. The ultimate goal was for these phones to be sold as original ones, of course, and that would not only be unfair but potentially dangerous.

Threat in form of identity theft was looming

Casey Durst, a Director of Field Operations for US Customs said that these phones could have posed a "financial security and health threat" to American consumers. He said that because of the possibility of identity theft software being installed on phones. On top of that, the devices may have malfunctioning hardware, such as batteries, which could be dangerous. If batteries are not properly installed, they could overheat and ultimately explode, burning people in the process.

This is not the first nor the last such attempt to push counterfeit products to the market. It's safe to assume that many such devices are circulating the market, so it's always a good idea to be careful with your purchases.