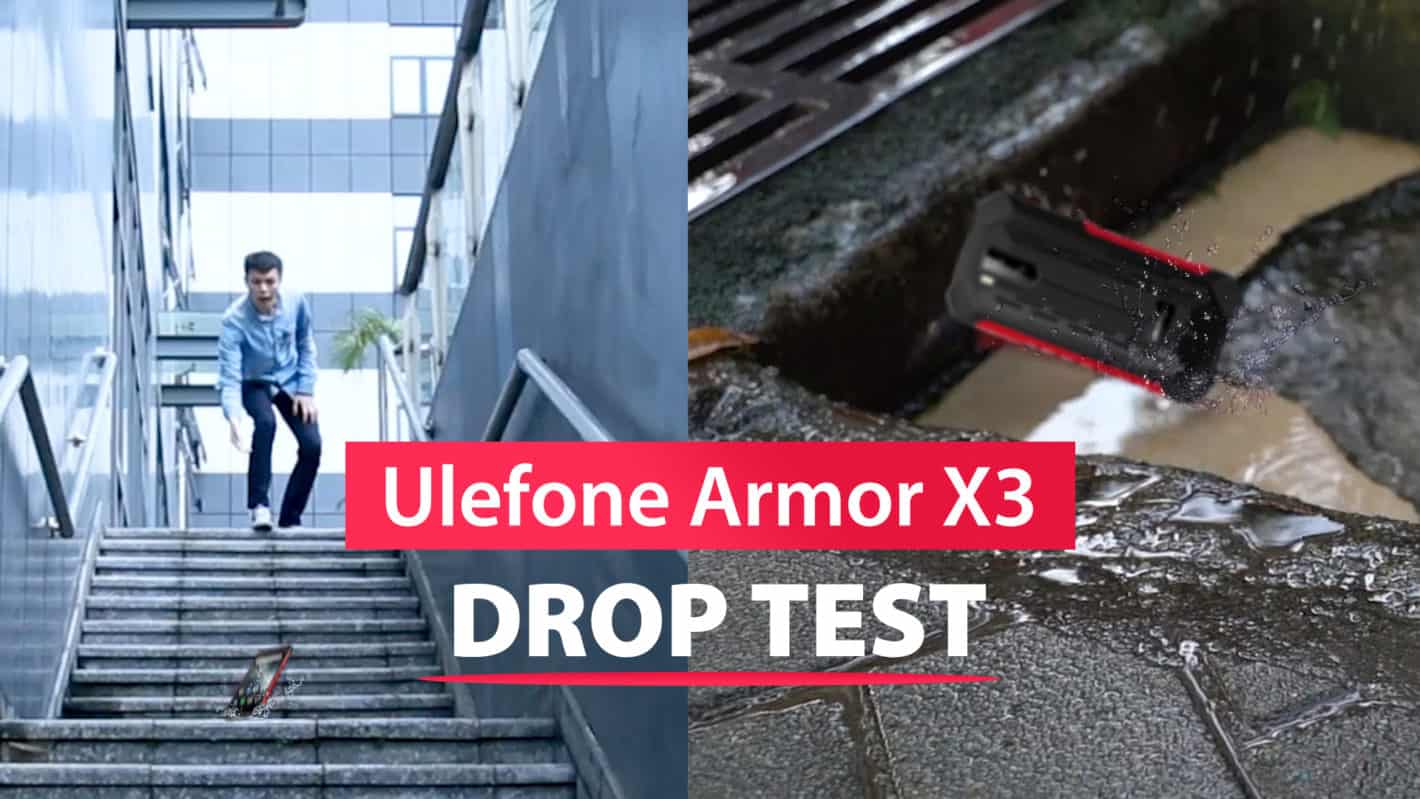 Ulefone has published a new video on YouTube, to prove to you how durable one of its devices is. The device in question here is the Ulefone Armor X3, one of the company’s rugged smartphones.

The provided video has a duration of one minute and 15 seconds, and it is embedded down below. This video may not be that long, but considering that Ulefone opted for a compilation of drop test videos here, you’ll see the Armor X3 dropped in many scenarios. The company threw the phone down the stairs, from a waist-level, in a puddle, launched it into the air, and so on.

The Ulefone Armor X3 is a real road warrior of this video is to be believed. Just as a reminder, this phone is IP68/IP69K certified. This means that the phone can be submerged up to 1.5m of water for up to 30 minutes. The company also says that the phone can withstand “big drops” from up to 1.2 meters.

The Armor X3 does look like a rugged phone, you’ll notice that straight away, which is not necessarily a bad thing. The phone includes two vertically-aligned cameras on the back, and it is well-protected all around.

The Armor X3 comes with a large 5,000mAh battery on the inside, while you will find 8 and 2-megapixel cameras on its back. A 5-megapixel camera is included on the device’s front side, while Android 9 Pie comes pre-installed on this phone.

Bluetooth 4.0 is included in the package as well, and the device supports Face Unlock. The phone can unlock itself in 0.2 seconds after it scans your face, says the company. A 3.5mm headphone jack is also a part of the package, and the device supports a separate microSD card slot. The Armor X3 measures 158 x 77.5 x 13.85mm, and weighs 235 grams. If you’re wondering about connectivity, you’ll get only 3G speeds out of this phone, as it does not support 4G.

The Ulefone Armor X3 is still on sale via AliExpress, though that sale is near its end. If you’re interested in this phone, it may be wise to act fast, so that you’re able to get it for $79.99. The phone will be available at this price tag until tomorrow (including that day), and you can get a free gift back with a tempered glass screen protector as well. If you’d like to buy it, click the link down below.